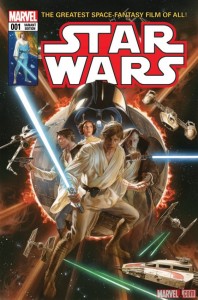 Welcome home, Star Wars. This was quite a first issue. I had high hopes going in and was not disappointed. The writing is fantastic; all the characters are well written and their chemistry and interactions are perfect. I love the way it opens the same way the movies do, it’s charming. Also I was very worried about how well the art would look because John Cassaday has been hit or miss with me lately but he hits it out of the park with this one. There were some panels where I thought I was looking at Harrison Ford, Carrie Fisher, and Mark Hammil. This issue plays out like the beginning to a movie taking place between Episode IV and Episode V. I am really excited to see where this series goes because even when you think you know everything about Star Wars, they go and surprise you with a final page like that. 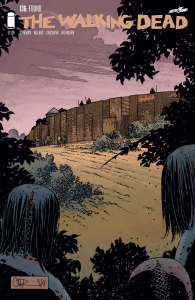 Carl steals the show this issue. Talk about character development. Yes, we caught a glimpse of his dark side when he was protecting Sophia a few issues back but he sounded so much like his father in this issue and I really enjoyed it. The wheels are also rolling against our group as things are not looking good for Carl and Maggie in the aftermath of Sophia’s attack. With Kirkman’s ability to kill off major characters like it is nothing, I fear for both of their lives because if one of them doesn’t die, someone else will inadvertently. The art is as good as ever, still getting used to Rick’s new look though. Solid issue overall. 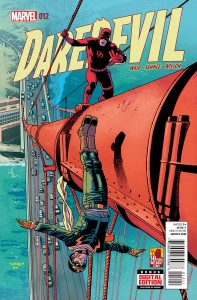 In hindsight this was a cool little story. No, it wasn’t a big arc where Matt’s whole world is turned upside down; it is just him learning the ropes of San Francisco still. This arc, to me was more about character development because Matt definitely takes a step forward this issue in his relationship with Kirsten. It was also great to see Matt driving a car in a high speed chase. There was definitely a twist I didn’t see coming in this issue which. Pencils colors and inks are fantastic; they bring this sort of charm to the series because the colors are dark when they need to be dark and bright when they need to be bright. We are not in Hell’s Kitchen anymore and it is truly evident simply based on the art in this series. 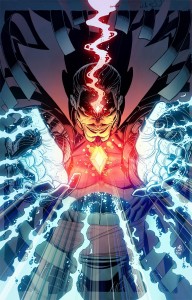 I enjoyed this issue much more than the first. The pacing of this issue is great and I like the way the plot is moving forward. The art was very nice in this issue and consistent throughout. I enjoyed the colors more this time around because there was some depth to them. The thing I was looking forward to most when this series was announced was the relationship dynamics between Sabretooth, Mystique, Daken, X-23, and Lady Deathstrike. And this issue we really get to see some great interactions, I think from here on out this could be a great ride. If only they would lower it to a $2.99 book, which would really seal the deal for me. 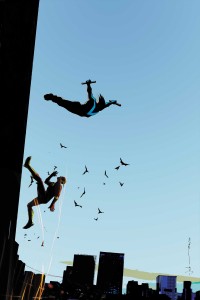 Not going to lie, I haven’t read a single issue of Grayson before and bought this solely for the Flash 75th Anniversary variant cover by Jock. It is based off of one of my favorite Nightwing covers of all time and just had to have it. This brings me to the strongest point of the issue: I really enjoyed the interior artwork. The pencils are great, especially the fight scenes, and the colors are vivid and it really makes a nice combo. As far as the story and writing go, I honestly found myself rooting for Midnighter. Don’t get me wrong, I love Dick Grayson to death. But this lifestyle feels so unfitting for him, which is part of the reason I put off reading this series. The plot of this issue seemed all over the place and I feel like it didn’t move forward all that much. At least I can now say I gave it a chance.