With a new and incredible-looking Mad Max film just around the corner, now is a good time to reflect on the greatest cinematic depictions of the world after society just stops functioning correctly. Despite the popular label of “post-apocalypse,” not all movies in this bleak sub-genre depict the straggling remnants of the human waste wandering around wasteland. In some instances, society and government appear to still be working intact, though hanging on by a thread. Regardless, the following seven films do an incredible job of conveying visions of decaying societies that we will hopefully never live to see. 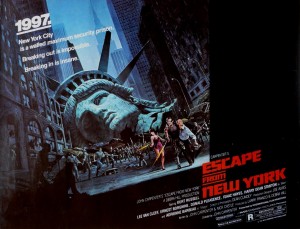 One of John Carpenter’s most influential films is also one of his most overlooked. The story of snarky convict Snake Plissken (played by Kurt Russell) feels at times like a sci-fi take on The Warriors, but its claustrophobic atmosphere and wisecracking anti-hero make it a memorably unique cult classic. It’s worth noting thatMetal Gear Solid protagonist Solid Snake was inspired by the character of Plissken.

Who said all post-apocalyptic films need to be relentlessly bleak? There’s plenty of heart-wrenching drama to be found in this quirky indie drama to be sure, but at its core is a heartfelt coming-of-age tale about a young girl trying to care for her ailing father in the wake of an apocalyptic event. Young actress Quvenzhane Wallis is fantastic in this and brings an enormous amount of humanity to her character, “Hushpuppy,” whose perseverance will win over even the most jaded of viewers.

French film District B13 (aka Banlieue 13) is the least “apocalyptic” film on this list, but it is also the most action-packed. Parkour co-inventor David Belle is amazing to watch as the street smart Leito, who is forced to team up with police officer Damien (played by the always awesome Cyril Raffaelli) to save his sister from a crime kingpin in a violent near-future ghetto. What makes this movie so great is its inventive use of apocalyptic environments as a staging ground for Belle and Rafaelli’s awe-inspiring parkour acrobatics. Be sure to check out the sequel, District 13: Ultimatum, as well.

For years, Akira tried to shake its reputation as “that R-rated cartoon.” Its stark depiction of a violent, futuristic Tokyo helped the film gain plenty of recognition in a time when people associated “Japanimation” with kids shows like Voltron, but it eventually became recognized as a legitimate sci-fi classic. The story of Tetsuo – a troubled young member of a biker gang who suddenly inherits godlike telekinetic powers – has influenced a good number of films (Chronicle, for example) and video games over the last quarter-century, and its philosophical concepts inspire heated forum debates to this very day. 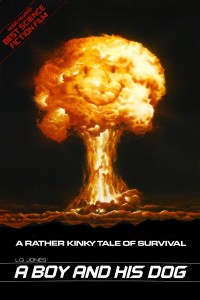 Famed writer Harlan Ellison is not an optimist. When he writes a story set in the future, you can bet it will be cynical and bleak. A Boy and His Dog is both of those things, and is also surprisingly hilarious at times. This crass satire follows a hedonistic teenager named Vic and his psychic dog as they scavenge the post-apocalyptic wasteland for women and food. But mostly women.  Things take a surprising turn when Vic finds a woman who is a little too willing to meet his demands and the roles of predator and prey become unexpectedly reversed.

There is no other way to describe this movie other than as a masterpiece. It’s brilliantly directed by Alfonso Cuaron (who later gave us Gravity) and impeccably acted. The film’s depressing vision of a not-too-distant future in which humans are mysteriously no longer able to bear children is realized in such a way that it is impossible to look away from the screen. And don’t you dare blink during the film’s breathtaking six-minute action take. 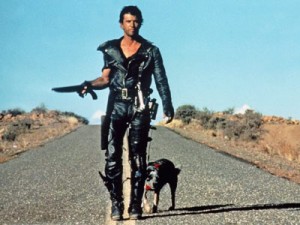 This sequel to 1979’s overrated Mad Max is better than its predecessor (and most other action films) in every possible way. The Road Warrior is brimming with personality and has style to spare, and its visceral action sequences have some of the most cringe-inducing stunts ever put to film. Mel Gibson is fine as the stoic Max, but the completely over-the-top tribal/punk/S&M villains (the film deserves extra points for naming its villain “The Humungus”) are the real stars.

Did I mention that I’m excited for Mad Max: Fury Road?