In order to create this list, I listened through the various theme songs a multitude of times and went with songs that were catchy, stood out and really got me excited to watch the show even without an episode to follow. Join us as we count down the Top 7 Power Rangers theme songs! 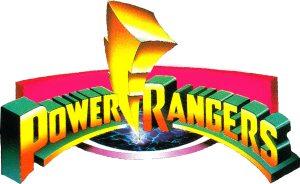 7)Power Rangers Dino Thunder– This song is stronger near the middle when singing about the Dino Rangers and getting into gear. The beginning and end are fine as well, but really the mid-section which starts about when he says “Dino Rangers Roar” is what puts this track on the list.

6) Power Rangers Turbo- This song has everything you want from a Power Rangers theme song. It’s fast, full of energy, gets you excited to watch the show and it plays into the central theme of the series. It is also one of the longest and shortest songs on this list. Since it was featured in Turbo: A Power Ranger Movie and the opening credit is only 30 seconds long.

5) Power Rangers: Operation Overdrive– This is the most intriguing entry on the list as it represents the only theme song that I love without actually ever seeing the corresponding show.. ever. It stands out for being vastly different from the majority of theme songs. Based on the series surrounding it though, it seems like Disney was experimenting with the theme songs to some mixed success. It just has a sound that was refreshing and exciting all at once. Now, I’m debating actually checking out the series.

4) Power Rangers Zeo– A bit of a shell-shock for an original fan, this was the first time that the Power Rangers theme song changed so there was a bit of resentment to it, but over time and lots of distance, I’ve grown to appreciate the Zeo theme song. It isn’t as energetic as the original, but infuses the series with its own spirit. It also serves as a bit of a continuation of the original theme/series by noting that the Rangers have gotten a power boost, and ready to kick ass!

3) Power Rangers in Space– I won’t lie, and the Top 3 will prove it, the more rock-heavy Power Rangers theme songs are the ones that really excite me. In Space’s theme song has it in spades, but what really puts it above the rest is how they work “in Space” into the actual title. Unlike the other Power Rangers’ shows before and after “in Space” this is the only one that has preposition in it as opposed to the team’s name or something. So they literally have to say Power Rangers… in Space.. and it’s quite funny. Take a listen.

2) Mighty Morphing Power Ranger– The first. The template. The hallmark. The benchmark. Throw every cliche in the world at it, there’s no denying the song’s staying power, and for damn good reasons. It is an amazingly catchy song that has the right amount of rock to excite and to engross you. It’s so good that they even bought it back.. in some fashion.. with the most recent series Power Rangers Samurai and it looks like this will continue with Power Rangers MegaForce.

1) Power Rangers SPD – I’ve been a Power Rangers fan since the airing of the original series. Sure, I’ve fallen off the wagon in later years, but the series was always there. In the nearly 20 years of the franchise, there has ever only been one Power Rangers theme song that was just so bad-ass and awesome to me that I made it my ringtone for several months. That theme song would be SPD. Really what places this theme above all the rest for me is the amazing riff at the beginning of the song, and it never really let’s us. The theme is just so full of life and energy, it makes you want to get up and fight!

There you have it. The Top 7 Power Rangers theme songs! Agree? Disagree? Just leave a comment.