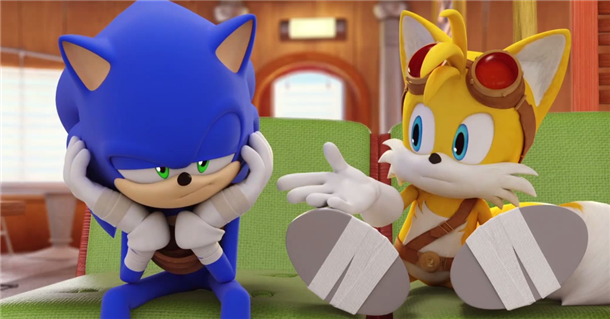 “How would you proceed with the Sonic the Hedgehog franchise if you were SEGA?”

Honestly? I would put Sonic on ice for at least two years. No comics. No TV shows. No video games. All licensing of any kind would be thrown out the window until I could be comfortable knowing that the public had understood that Sonic wasn’t going to be positioned as a cash cow anymore. Strong approach, I know, but that might be where things need to start if the franchise is going to go for an earnest attempt at recovery.

I don’t think SEGA understands is that Sonic isn’t theirs alone anymore. The property now also belongs to all of their fans. The same people who continually buy terrible Sonic game after terrible Sonic game. These people need hope in their lives. They need to believe that there are better days to come. The vicious nature of the Sonic Cycle has sadly demonstration this need.

What Sonic the Hedgehog needs more than anything, is a career recovery of Britney Spears proportions. He needs to go away, repent for his sins, work on his execution, and come back once we’ve become accustomed to him not being around.

So, what would that comeback look like? Well, I think a return to Sonic should start by being scaled back. SEGA should make a PSN/Xbox Live/eShop 18-bit release titled Sonic the Hedgehog 5. No homing attack, a return to complex 2D level design, and gameplay purely geared towards satisfying long-time fan nostalgia and bringing new Sonic fans into the fold. From there, the series can make another attempt at 3D level design – providing they are using Sonic Colours as a basis and not Lost World or Boom. Make the game look nice, have a solid story (for a change), limit the characters to Sonic and maaaaaybe Tales, and test the crap out of it. No rushed released full of glitches. That’s what we need.

If SEGA actually gave a damn about the series reception they would take that path. Instead I think they’re banking on the popularity of the Sonic Boom cartoon. Which is just… great.