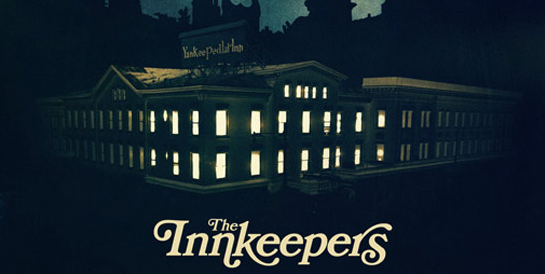 Regardless of what anyone may tell you, October is the most wonderful time of the year. It is the time of giving, it is the time of getting, and it is the time of warm fuzzy feelings. Providing you’re a fan of the more macabre, that is. I’m a big fan of this month — mostly, because of Samhain. You may know it by it’s more common title of All Hallow’s Eve’ or Halloween, but the basic concept is the same: creepy things lurk and we dress up like them and take on certain traditions as a sign of respect (and to ensure they don’t lurk after us). Houses are decorated, children have candy, and I watch a crapton of horror movies. It’s magic.

In a deviation from the standard “Ask a Dork” column I run here every week, October’s articles will be dedicated to my favourite October pastime: watching amazing horror movies. Naturally, I want to share my viewing adventures with all of you. In that vein, I’ll be writing weekly articles on what I consider to be the cream of the crop when it comes to underrated (and in my opinion very undervalued) horror movies. Some will have cheap scares, some will be slashers, and others may just be kind of silly. We’ll start today with one of my favourites by visionary horror director Ti West: The Innkeepers.

My favorite kind of supernatural horror movies tend to revolve around ghost stories. Ghouls, vampires, and invincible serial killers don’t really hold a candle to an entity that can’t actually hold a candle. In my opinion, the reason why it is so easy to be thrilled by ghostly apparitions over that of gory monsters is that the concept of spirits is more tangible in human society. Many of us recognize that it’s highly likely that ghosts do not exist, but stories of entities haunting the living have been around since the beginning of time and the mind can make people see very strange things under certain conditions.

A good ghost story will establish a realistic environment and propel an ‘everyman’ protagonist into a number of less-than-favorable situations, while always questioning the legitimacy and nature of the many terrifying occurrences that everyman encounters. Thereby, all of the scares we experience are built upon the ability to use the protagonist as our avatar. That’s the major failing of many blockbusters featuring hauntings as a scare tactic; we often don’t spend enough time with the characters and their surroundings, so the scares that we encounter may feel a bit cheap. Such is not the case with The Innkeepers.

This film has an incredibly deliberate pace. It’s framed so carefully that the average movie-going audience may be bored for the first half while the film establishes its characters, mythos, setting, and motivations. It’s the same kind of detailed horror deliverance we’ve seen in William Castle’s 1959 B-movie classic House On Haunted Hill (another personal favourite), and it’s likely the only reason why the payoff is so satisfying. The film constantly keeps you asking questions about the legitimacy of what is going on, while knowing when to expose the audience to supernatural imagery. It’s suspenseful throughout and doesn’t rely on cheap scares to thrill it’s audience.

This film is proof that Ti West is the future of intelligent horror. Not only does it deserve a watch this Halloween season, but it deserves a recommendation to your friends if you end up falling for it as I have.