With this group of episodes, we finally crack the Top 10 and say goodbye to some of the shows.

15. “Triumvirate of Terror” (Batman: The Brave and The Bold) – We don’t often talk about the cold opens to Batman: The Brave and The Bold (and we do owe an apology for that), but one of the best in the series is the one which features the Justice League taking on the Legion of Doom in a baseball game. That is only the START of the episode. The rest of the episode focuses on Batman, Superman and Wonder Woman teaming up to take on The Joker, Lex Luthor and Cheetah, and eating lunch together! That scene made us so happy. 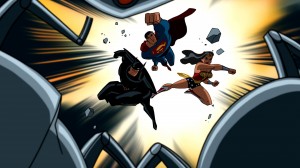 14. “Break-Out” (The Batman) – The absolute best episode of The Batman doesn’t even focus on The Batman. Instead, Batgirl and Robin must work together when Black Mask’s gang attempts to break him out. The young heroes are way over their head, but manage to do more than hold their own. 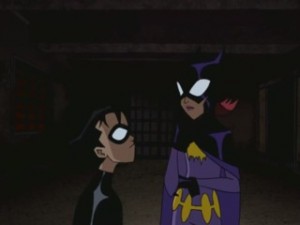 13. “Appointment in Crime Alley” (Batman: The Animated Series) – “The never-ending battle,” as declared by Superman is the belief that justice doesn’t take a holiday. So when Batman attempts to pay honor to his deceased parents, one thing after another occurs in “Crime Alley” and he must save the day and still honor their anniversary. 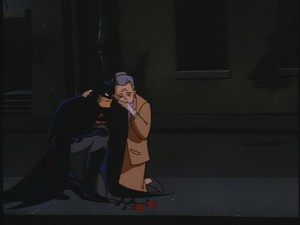 12. “Battle of Superheroes” (Batman: The Brave and The Bold) – This is a special episode from every angle. One of the few appearances of Superman in a Batman animated series, but more impressively it pays a ton of homage to the “Superman is a Dick” meme while doing it in a classic and funny style. The show knows it heart, and this episode does a great job of displaying it.

11. “Riddler’s Reformer” (Batman: The Animated Series) – I noted before that almost every villain on Batman: TAS got a potential redemption episode. The difference with The Riddler is he actually went legit, and had an honest job. The problem was his ego wouldn’t allow him to not compete with Batman so we get another fantastic match of wits between these two foes. 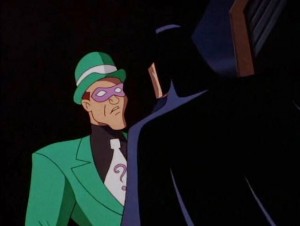 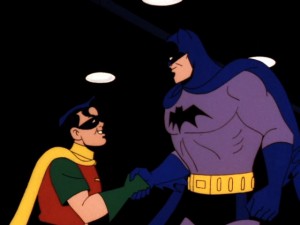 9. “Mayhem of the Music Meister” (Batman: The Brave and The Bold) – Ladies and gentlemen, we got an entire musical episode of Batman and it was fantastic!

8. “Robin’s Reckoning Part 1” (Batman: The Animated Series) – The Boy Wonder gets his origin tale. Batman and Robin butt head in the present day as Bruce keeps him in the dark about his latest case, which would hit a little close to home. 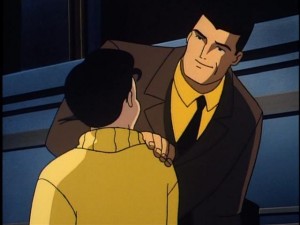 7. “Over The Edge” (The New Batman Adventures) – Examining the psyche’s of the Bat-family tends to make for a fun time. Unlike the rest of the Bat-family though, Barbara has a family outside of Batman and the Robins, and this episode looks into the consequences of her actions if anything terrible was to ever befall her. It makes for one of the most dramatic and heart-wrenching episodes of Batman of all-time. 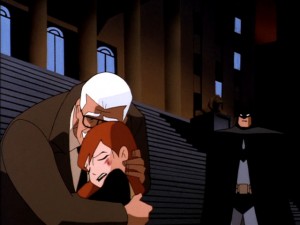 6. “Never Fear” (The New Batman Adventures) – Batman’s greatest strength is his ability to create fear into his enemies, but it also comes from his own deep internal fears. Taking away Batman’s fears though creates one hell of a reckless monster, and that is what happens when the Scarecrow uses the latest variation of his fear toxin. No one is safe in this episode. 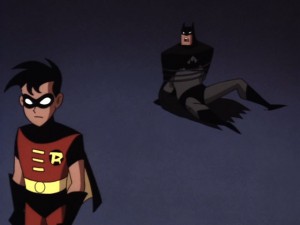