And here we go, the Top 5 Best Animated Episodes of Batman cartoons!

5. “The Last Patrol” (Batman: The Brave and The Bold) – What is the mantle of a hero? It’s willing to make the ultimate sacrifice in favor of the greater good. The question is the backup of this episode and was a decision that hunted the Doom Patrol. Seeing all these obscure characters reform, and try to right their previous wrong touches you in ways you wouldn’t imagine. Batman: The Brave and the Bold is a campier Batman, but it knew when to hit you where it hurts. 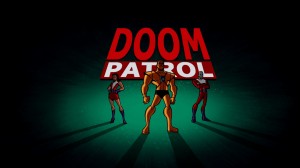 4. “Perchance to Dream” (Batman: The Animated Series) – This shares a similar premise to “Over The Edge,” the major difference being that this one focuses on Batman’s psyche. It is interesting that even in his head, Batman remains a mainstay, and it was intriguing watching him put together the pieces. And heart-breaking when he does give up happiness for the fight, which is his curse. 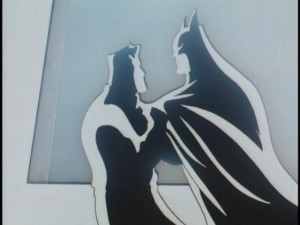 3. “Chill of the Night” (Batman: The Brave and The Bold) – Oddly enough, Batman TV shows/cartoons don’t often do his origins. Perhaps, it is really dark stuff for kids, but this is the only origin episode on the list, and much like the best of the Brave and the Bold, it’s able to hit you in the gut like none other. Featuring The Spectre and Phantom Strange making a play for Batman’s vengeance when he finds the man response for his parents death was also a fantastic framing device. It was helped by the fancasting including Kevin Conroy and Mark Hamill. 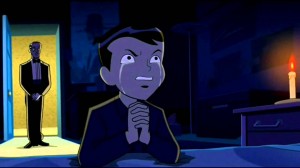 2. “Heart of Ice” (Batman: The Animated Series) – Is there a tale more tragic than that of Victor Freeze? One thing, Batman TAS was able to do better than any other show featured on this list was showcase the villains as sympathetic human beings first, and life forced them to turn. In the case of Victor Fries, it was the love of his ill wife and a number-crunching CEO. A more touching episode of a comic book show may never happen again.

1. “Almost Got ‘Im” (Batman: The Animated Series) – If our long journey has taught us anything, Batman isn’t the star of these shows. Instead, it has been the compelling heroes and villains around him and various relationships. No idea exemplifies that more than this, which is framed as a faux flashback episode that gets to the heart of who Batman is while also showcasing his villains in a setting away from the Caped Crusader. Old grudges, big gimmicks and a surprising twist are all on display.

There you have it. The 75 Best Animated Batman episodes across a multitude of shows. All offering unique perspective on the Caped Crusader and the colorful cast of characters he surrounds himself with. Everything from laughs to emotional rollercoasters, high octane action to more somber moments are on display here.