Fighting games have recently enjoyed quite the revival in this generation of consoles, and as much as I love the fact that we’re practically being showered with fresh experiences and new games to tinker around with, a part of me can’t help but wonder if companies such as Capcom are forgetting their pock-marked history and are on track to repeat it. For those of you who are unaware, fighting games were quite the business in the early to mid ‘90s, with Street Fighter II enjoying a healthy amount of attention in addition to SNK’s King of Fighters games. Due to the commercial success of these games, fighter developers such as Capcom and SNK started releasing tons of mildly updated versions into the wild, effectively splitting the tight-knit community that had begun to rally around the most popular titles. Eventually, people stopped supporting these incremental iterations, and the fighting game scene died, or, rather, went into a deep hibernation. But that’s old news, right? 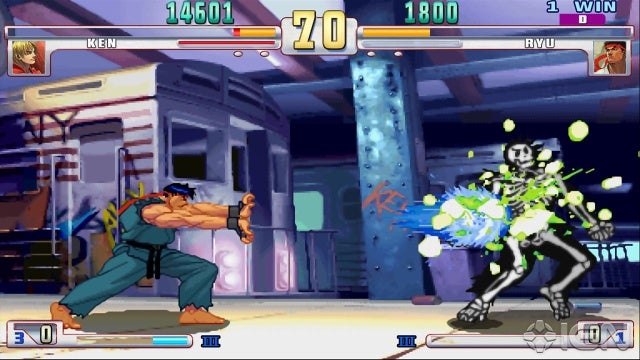 Today, a handful of fighting games dominate the market, most notably Super Street Fighter IV Arcade Edition and Marvel vs. Capcom 3, while a few other franchises are trying to reclaim their lost glory amidst the heavy hitters. The resurgence of fighting games has breathed new life into the community, and events such as EVO have seen record turnouts, but can it all last with a business model that has already failed in the past? Capcom has released four iterations of Street Fighter IV to date, and has already announced a standalone expansion to Marvel vs. Capcom 3 with Ultimate Marvel vs. Capcom 3, but can the trend of tacking on a prefix or suffix here or there allow the community to remain as strong as it is today? What if by the time Street Fighter x Tekken releases, gamers are already anticipating a “Super” or “Turbo” edition, resulting in lackluster sales as gamers wait with bated breath for the updated and definitive version of the game? Such a premise isn’t exactly far-fetched, and as hyped as I am for both Ultimate MvC3 and SFxT, I can’t help but feel as if Capcom is beginning to notice that their “updated” business model is a profitable one.

Street Fighter X Tekken looks to mix things up in the fighter genre.

If one were to gauge player interest of fighting game expansions purely on sales numbers, they’d be ignoring one of the more critical components of the fighting game genre: community response. Take one look at the forums on Shoryuken.com or the comments on a reveal trailer for a fresh expansion, and you’ll get more information about how players feel than any numeric value could ever tell you. What’s most worrisome about this, however, is that many fighting game developers are based in Japan or other parts of Asia, and certainly very few are native to the United States. This disparity not only creates a sharp divide between community desires and corporate interests, but a difficult language barrier to transcend as well. Read a few interviews with Seth Killian (Special Advisor for Capcom) and you can see this rift at work; he explains tiresomely that he and his team are trying their best to relay community feedback to the developers overseas, but are finding it difficult to accurately convey the true nature of fan feedback.

Not all is lost, however. NetherRealm Studios (developers of Mortal Kombat 9) are a Chicago-based developer, and the amount of fan service that has gone into the development of their latest fighting game is evident. With a steady stream of DLC characters and a regular schedule of hefty updates based purely on community feedback, NetherRealm Studios truly exemplifies the term “fan service.” Whether or not you enjoy MK9 is beside the point, it’s the amount of dedication to their fanbase that is most impressive. Should the Japanese developers follow suit, we may be able to sidestep the very real possibility of repeating history and witnessing a second ice age for fighting games. It’s going to take some serious dedication and some corporate communication to get it done, but if the future of fighting games holds universally GGPO-enabled titles and franchises that behave as platforms, it will all be worth it.