Ask a Dork: Why Has This Summer Sucked? 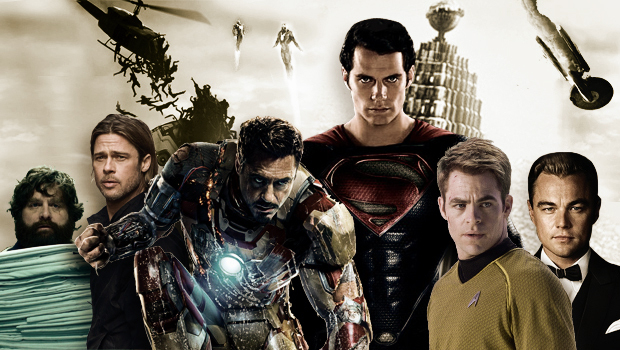 “What do you think of the recent Hollywood bombs like Pacific Rim, White House Down and After Earth? Is Hollywood doing something wrong or are fans just not receptive to those films?”

Don’t get me wrong, I like giant robots, science fiction, and explosions, however, it’s apparent that many of the movies we’ve seen this summer have been all too along the same lines. Oblivion looked just like After Earth. Man of Steel felt just like Iron Man 3. Monsters University offers the same kind of kid-friendly experience as Despicable Me 2. White House Down is almost exactly like Olympus Has Fallen. They’re all too much the same. Hollywood decided, likely due to the mega-blockbuster successes of Michael Bay, Roland Emmerich, Robert Zemeckis, and Gore Verbinski, to produce nothing but loud, flashy, high-production value feature films with easily consumable plots and numerous jump-cuts. Now, we have a summer that has over-saturated the box office with the same damn style of feature film, and Hollywood is wondering why films are experiencing diminishing returns. Audiences are fatigued because Hollywood has become lazy.

It really blows too because some original concept movies like Pacific Rim are experiencing lower returns than they should have because we’ve already been bombarded with loud, dumb action movies (Fast and Furious 6, The Lone Ranger, World War Z, etc.). The turnover of blockbusters in theatres has become so quick that I’m surprised that people can still see Man of Steel — a film that has only been in theatres for a month.

The hilarious thing about this summer of feature film auto-cannibalism is how movies are now being completely ignored. Are you going to see RED 2 or RIPD? Have you even heard about them? I haven’t. For the first time in years, I’m not looking forward to any theatrical releases. The whole experience has become off-putting. I’d rather drive four hours and see an unknown indie film at the Angelika in New York than walk four minutes to my local cinema for another superhero or science fiction film. At least those unknown films have a chance of being a bit original. Art House really is the last bastion of modern filmmaking. Nothing Hollywood wants to greenlight these days is anything less than AAA, which means big budgets, bland marketing, explosions, loud noises, and plenty of instances where I sigh aloud.