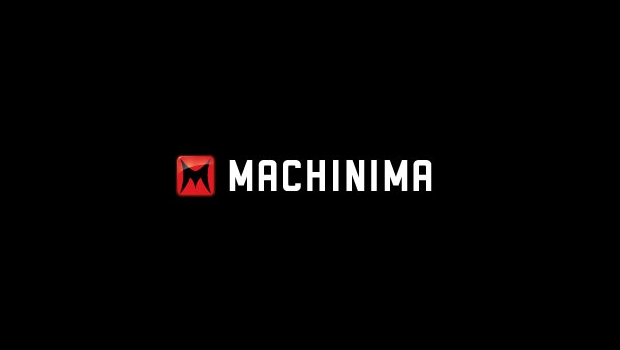 With recent news of EA/Microsoft paying certain outlets to remain positive/neutral on their product, do you think this is a bad precedent? And if so, who do you feel holds the most guilt in this situation the company that pays or that accepts the money?

I think “bad precedent” is a bit of an understatement. There’s not grey area in paying media outlets to neuter their editorial independence. That’s just the reality of this situation: it isn’t an example of fraud, deceit, or negligence so much as it is business ethics and professional integrity. To that point, YouTube’s Machinima gaming network has indicated that its integrity can be bought for just under $3 per thousand views. Not to say they bare all the blame. It could be argued that all participating parties are in deep shit right now, and not just because this makes for poor PR.

Do you ever wonder why most blogs and professional media sites like to state where they got the copy of the games they review? Or have you wondered why so many websites have ethical guidelines to how they approach covering content? They aren’t doing it out of the goodness of their hearts; the Federal Trade Commission (FTC) requires as much in their guidelines concerning the use of endorsements and testimonials in advertising. The FTC demands full disclosure when there is “a connection between the endorser and the seller of the advertised product that might materially affect the weight or credibility of the endorsement.” The document (16 CFR Part 255) actually offers a specific example of a video game blogger who gets a free game system that he later talks about on his blog. That blogger would need to disclose that gift, the FTC says, because his opinion is “disseminated via a form of consumer-generated media in which his relationship to the advertiser is not inherently obvious.” Guess what? The guidelines applied to writers also apply to video producers on YouTube.

If the video makers disclosed that Microsoft was paying extra for these videos, and if they were allowed to say whatever they wanted in those videos, we wouldn’t really have a story to talk about. That’s not the case, however. According to a leaked copy of theÂ full legal agreementÂ behind the promotion, video creators “may not say anything negative or disparaging about Machinima, Xbox One, or any of its Games” and must keep the details of the promotional agreement confidential in order to qualify for payment. In other words, to get the money, video makers have to speak positively (or at least neutrally) about the Xbox One, and they can’t say they’re being paid to do so. That’s the kind of professional ethics violation that pisses the FTC off.

Now, in order to skate regulatory hot water, a spokesperson for both companies said the following: “This partnership between Machinima and Microsoft was a typical marketing partnership to promote Xbox One in December. The Xbox team does not review any specific content or provide feedback on content. Â Any confidentiality provisions, terms or other guidelines are standard documents provided by Machinima. For clarity, confidentiality relates to the agreements themselves, not the existence of the promotion.” That, hilariously enough didn’t really mend the situation as it claims that “precedent makes perfect,” which is an assertion that doesn’t traditionally hold up to scrutiny.

Machinima sent a second statement toÂ The Wall Street JournalÂ further explaining the situation, stating that it usually requires channel partners to make clear they’re involved in a promotion and apologizing for the controversy. “That didn’t happen here and we’re evaluating why,” the statement said. “All participants are being asked today to include our standard language going-forward. We apologize for the error and any confusion.” Didn’t happen here, and we’re evaluating why? Hmmm… methinks Machinima doth protest too much.

Microsoft then indicated that it is halting the program, and trying to bring existing videos in line with the FTC’s requirements. “We have asked Machinima to not post any additional Xbox One content as part of this media buy and we have asked them to add disclaimers to the videos that were part of this program indicating they were part of paid advertising,” wrote a spokesperson. A nice way to cover their ass, in spite of the fact that the media buy had already ended by that point — more misinformation from good old Microsoft.

Beyond potential legal implications, the newly revealed Xbox One arrangement raises concerns for gamers about who they can trust (both among companies and third-party reviewers), and where the line between paid advertising and seemingly organic content is drawn. To be frank, there could be a ton of large publishers who are currently paying your favourite reviewers to say (or not say) certain things.

Professionally integrity is a very important thing, and the FTC standards aren’t there just to be a pain in the ass; we have them to ensure we can trust people’s opinions. It’s sad that the only way we can ensure credibility right now is through leaked documents. Really, we should be making an example of EA, Machinima, and Microsoft to ensure that full disclosure exists in the future.