Alright, let’s try something a little different this week. Here are shorter reviews for more comics. I feel like I can cover more bases this way, plus you readers get some more variety. 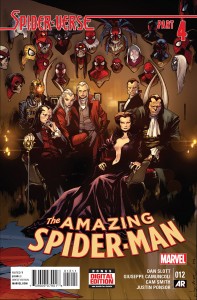 So much happens in this issue and had I not been reading all the tie-ins, I would be a little confused as to what certain characters are up to. But this job does a good job of summarizing what is happening elsewhere briefly while moving the story further ahead. Before this issue came out Dan Slott warned that the ending was BIG. And it is, in a way, but I guess I was just expecting something different so it was a bit of a letdown for me. The characters are written wonderfully in this and the art is great. The colors and inks are nice and do not overpower Camuncoli’s pencils. 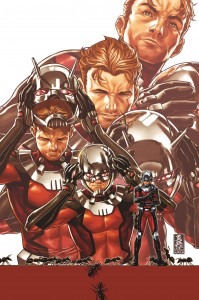 Wow. What a fantastic debut issue. With Cassie recently coming back to the land of the living and Scott no longer working for the Future Foundation, this issue plays out exactly as you’d imagine. There are many hilarious moments, which make this issue a lot of fun and I will surely be back for issue #2. The writing is great, reminded me of Nick Spencer’s work with Superior Foes of Spider-Man which was one of my favorite books last year. The art was great; it reminded me of Chris Samnee at times which is definitely a plus. Do yourself a favor and check out this book!

I did not read any of the Death of Wolverine 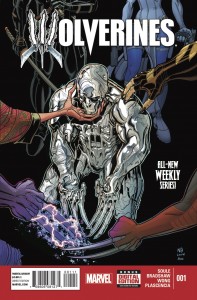 aftermath series’ so the recap page was very helpful here since there are a lot of new characters I’ve never seen before. I liked the new characters, they seem pretty cool and the story was intriguing. Nick Bradshaw’s art was great, the colors on the other hand seemed a little flat to me. I also thought it was strange having a second artist do 2 pages towards the end of the issue. The art was good, just inconsistent; it is a completely different style than Bradshaw’s. It just messed with the flow of the issue for me. I am excited to see where this series goes, especially with an ending like that. Although, this book will definitely have to step up its game if it’s going to stay a $3.99 weekly book. I don’t know how long I can justify that. 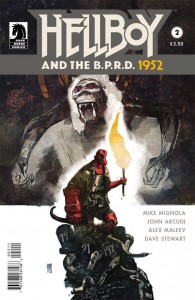 There is quite a bit of story progression in this issue. The first issue was a little slow and this one definitely has a faster pace. This one also features a lot more of the titular hero: Hellboy, who was almost a background character in the first issue. Colors/Inks are a lot darker or heavier than what I’m used to with Maleev’s artwork. It isn’t bad by any means; it just reminds me more of Mike Mignola’s version of the character. The ending is surprising as it tugs on a plotline from the first issue a hell of a lot sooner than I thought it would. And this does not bode well for Hellboy. 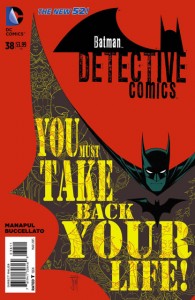 This issue picks up right after the bomb went off at the end of last issue. How could anyone possibly survive that? Batman is clever, never underestimate him. Anarky continues to cause anarchy all over Gotham and Bruce goes undercover as Matches Malone to find out who Anarky actually is. I really like the way this creative team portrays Bruce/Batman, they are really surprising me with their run. The colors are absolutely gorgeous; they really bring the awesome artwork to life.