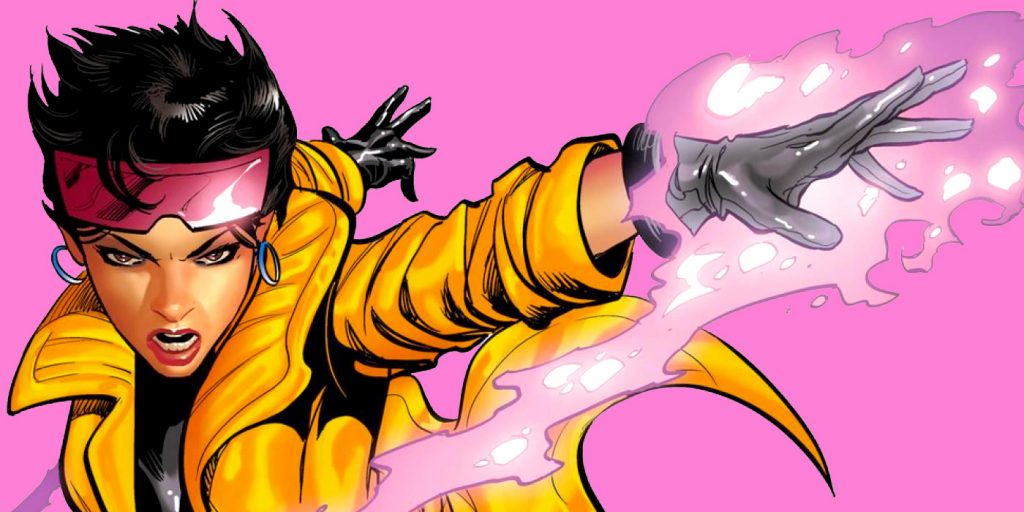 Evolution is a funny thing. While the X-Men are known for their powerful, unique abilities many children of the atom become kinda weird when they hit puberty. The X-gene is interesting as it more or less acts as a genetic wildcard. You may get pimples and energy projection or a voice drop and super strength. Maybe your chest and jaw will even get blown off by explosive psionic energy. Basically, it’s a crapshoot as to what you will be able to do or how you will look.

Today we’re going to talk about some of the weirder mutants in Marvel’s history. Please keep in mind that we’re pulling on over fifty years of comic book history and some characters reflect the aesthetics and errors of previous decades.

Let’s start with the obvious. Goldballs is weird. His power is the ability to shoot gold dodgeballs out of his body. It is said that the balls are made of an “unknown substance,” but they are a part of him and are normally shot at high velocity as concussive weapons. He can summon an infinite amount of these balls and they usually have a distinctive “poink” noise to them. Goldballs is also notable for being an overweight hero and a roommate to Miles Morales in the new Spider-man run.

X-Men, like other Marvel titles, has been subject to retcons over the years that have made the waters around some characters kinda murky. Xorn is an example of this. Is Xorn an original character? Is he a brainwashed Magneto? Is he a young Jean Grey in disguise? Introduced in Grant Morrison’s New X-Men run, Xorn was intended to be a mutant with a star for a head who used his powers to heal. Cool concept right?

The whole twist was supposed to be that Xorn wasn’t actually a chinese mutant with a star for a head after all. He was Magneto, the thought-dead former leader of Genosha. He stirs some stuff up at the school for gifted youngsters, kills Jean Grey, and has his head chopped off by a very pissed Wolverine. It was bold. It was dramatic. And Marvel spent the better part of a decade trying to undo what was already done.

The editors liked Xorn and didn’t want Magneto removed from play. A new volume of Excalibur revealed that Xorn was an imposter Magneto. Oh, and Xorn had a brother named Shen Xorn who looked the exact same and had mostly the same powers, but instead had a black hole where his star-head should be. OG Xorn was supposedly working with Sublime (or was controlled through Kick?) to bring down the X-Men. Shen Xorn, however, was the “good” twin. Also his black hole goes straight to the Mojoverse. Confused? Welcome to X-Men.

Skin is one of those mutants that is there to remind you that mutations can be pretty ugly. He has four to six feet of extra skin on his body. He can stretch it in a bunch of weird ways, but not to the extent Mr. Fantastic can. He can also change the shape of his body, but not the colour of his skin or his height…so, that’s kinda useless. He was crucified by anti-mutant protesters.

Similar, but different, Husk has the ability to tear her flesh off. As in, she rips her skin off her body to revealing a different skin type underneath. I actually really like Paige; her Kentucky accent and role as “team overachiever” is pretty endearing. The sad thing about her condition, however, is the secondary mutation she has to deal with during Wolverine and the X-Men: her personality can shift with her changes in skin, which over time had culminated into psychological issues. It gets so bad that she actually starts working for the Hellfire club and has a fling with Toad.

Slipstream. Boy, do people ever hate Slipstream. While he could teleport, he required a surfboard to do it. He was a product of the totally tubular 90s. When television, movies, and – yes – comics were awash in the culture of Californication. And it was lame. Like many mutants, Slipstream lost his powers on M-Day.

Let me close by rattling off a few other interesting X-folk who I find interesting, but not enough to talk about in depth:

There’s another honorable mention, Spiral, but she isn’t actually a mutant so I’ll save that for when we discuss the Mojoverse in a bit more depth. Hopefully you got a taste for how wonderfully weird mutantkind can be and how easy it is for people to look at mutants as monsters. Heroes who fight to save a people who hate them; that’s the X-Men in a nutshell.