Talk of the Town: Hands-on with the Nintendo Switch

I had the opportunity to attend the first “Nintendo Switch Preview Tour” in New York City on Friday and got to spend a solid 3 hours with a variety of software and controller configurations. 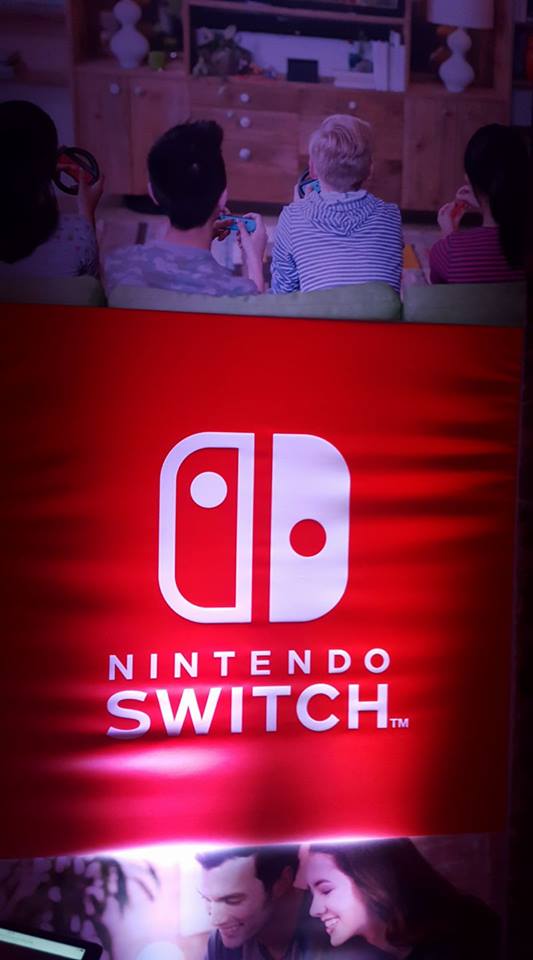 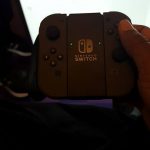 Let’s start with the controller options. Much like Nintendo’s last 2 home consoles, there’s a variety of set-ups for you here. With what’s included in the box, you have the Joycons with Grip, Joycons sans Grip, Joy Cons connected to the Switch, solo Joycon horizontally and solo Joycon horizontally with wrist strap. Of all the configurations, I found the Joycon with Grip to be the most comfortable. The Grip gives the Joycons a bit of added height and it feels nice in your hand. One of the big knocks against the Joycons is that the shoulder bumpers are really thin buttons, but I feel like the Grip alleviates that problem just a bit. Also doesn’t feel like your hands are too close together.

After that, you have the Joycons connected to the Switch itself, which will be a default configuration for many who intend to play this on the go. I found the set-up to be super comfortable as well. The Switch itself is thinner than the Wii U so feels nice to hold. One thing that was hard to gauge though was the heft since many of the devices were tied down by a metal harness not sure how much weight that added compared to the device itself. The screen is also really nice. Clean and vibrant images from the games I played.

Now we’ll speed through the Joycon only configurations. Dual Joycons offer the split design that I loved about the Wii, but since these controllers are a bit smaller it will take some getting use to. On the bright side, they fit firmly into your palm so should have access to all buttons easily. Again, the biggest hurdle are the slim bumper buttons. Now the Joycon on its own horizontal seems like it has the most limited use. The controller’s size becomes a bigger issue as your figure on the analog stick pretty much covers half the buttons so it won’t be useful for anything that uses more than one or two buttons. And the added “shoulder” buttons are of no use. Not even sure why they included them since the only way they become useful is with the included wrist strap. Which improves this set-up a bit adding a little extra height to it and allows the buttons to pop just a bit. 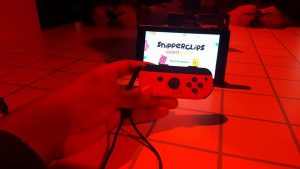 While not every configuration is equal, I’m happy that the console gives a wealth of options outside of the box. If you find none of these to your liking, they also offer a Pro Controller separately. While I preferred the Grip controller, this has two added benefits which is that it includes a D-Pad and the shoulder buttons are larger so much more incline with your traditional controller. 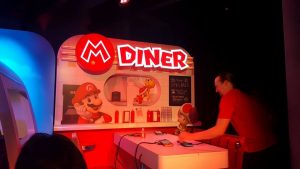 Mario Kart 8 Deluxe is what the name implied Mario Kart 8 with some added character, vehicles and revamped Battle Mode. I decided to go hands on with the Inkling character, the Splatoon-inspired vehicle and a Balloon Burst. With the new character, I like that it gives another option for dark-skinned character since apparently the Miis were removed. The vehicle looks nice, but didn’t feel much different. Battle Mode was fine and a marked improvement over the original version included in 8, but it felt more like the version from Wii in which you get points for hitting opponents rather than having 3 lives before eliminated.

Splatoon 2 felt like more Splatoon, but that’s not a bad thing. The big additions seems to be the brand new special moves, new class of weapons (Dual wielding) and some new maneuvers such as dodges and rolls. Though the biggest change for me was the lack of a 2nd screen so something like the Super-Jump goes from an instantaneous ability to a 3-step process. It isn’t like a long ordeal, but does make it slightly more cumbersome to use during intense moments. I also guess the addition of local multiplayer is a huge deal, but that seems to involve a host of Switch consoles. 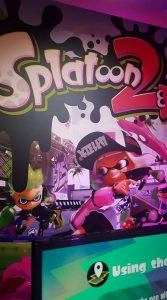 Super Bomberman R was a ton of fun. It was the game I ran out the last 30 minutes or so with friends just trying to get in “one more game.” It’s quick and addicting as a Bomberman game should be. While I didn’t get a chance to go hands-on with it, I did get to see the single player being demoed and that seemed like it would be fun, and the boss seemed creative. It’s also one of those games that worked well with a single Joycon since you only need movement and two buttons.

Sonic Mania feels really nice. The rep tried to show off Sonic’s one new move, but didn’t really seem to change up the gameplay too much. But since it’s been ages since we had a solid 2D Sonic game I’ll take it.  Disgaea is a franchise I don’t have much experience with, but it seems like a decent enough strategy RPG and a good game to play on the go. Just Dance 2017 is more Just Dance, not sure what could change for fans of the series at this point.

I made a point not to check out Zelda since I’ve seen a lot of the game and I’m okay with waiting until March to really sink my teeth into. Super Mario Odyssey wasn’t playable, but they had the trailer running and a photo booth. 1-2-Switch oddly had a super long wait so while I wanted to try never had the chance. It seems like a fine experience, but still not seeing where the value comes in. Street Fighter II looked sharp, but not much of a fighting game fan. And while I didn’t get a chance to go hands-on I did get the rundown of Has-Been Heroes which seems like it could be a heck of a time for fans of that style of game.

Now the final two games were the ones I came away most impressed by. Snipperclips: Cut It Out Together and Arms (silly name) were just both refreshing experiences.

Snipperclips is a fun co-op puzzle game that has you cutting, shaving and forming all manner of shapes to solve environmental puzzles or complete tasks. For example one puzzle has one player being shaved down to a pointy spear to push a button, when said button is pushed a basketball then drops from the ceiling so the other player needs to have a circular shape cut out in order for the ball to fit. After that you must carry the ball over to the net and score a basket. A simple puzzle, but takes a bit of coordination. Another has you shaving each other into shapes so that you fit perfectly into an outline, and this involves a bit of rotation and squatting. From the trailer, the shapes become more complex and puzzles more intricate. Can’t wait to try more of it.

Finally there was Arms (goofy name), my problem with the name aside this game is fun. On initial impressions, most people may just brush this aside as a fancy Wii Boxing clone, but it offers a depth and play system far more advanced than that game. Sure in theory, it’s Nintendo’s take on boxing with feet movement being a key to success, but there’s a lot more at play. The game has a basic fighting game triangle, punches negate throws, throws negate shields, shields negate punches and that forms the basis of the combat. The fighting itself is made up of right and left punches. You can throw straight jabs or hooks and I don’t know the opposite of a hook… like you wouldn’t naturally punch in the same direction (like using your right hand to throw a punch to the right), but you have the option here. It may seem simple, but with the ability to outfit each fight with a different power-up/glove, there’s a world of strategy that opens up to you. Do you use one fist to force an opponent to dodge to one side and offer a quick follow-up. Do you use the curve of the boomerang fist to distract opponent when it returns. I’m probably explaining it terribly, but it is a blast to play. It’s not a waggle fest you quickly learn. In my final session with the game, I had an intense comeback victory that just got the ole heart pumping and that’s not something every game gives me. I look forward to see how the content unfolds over the next few weeks and months. 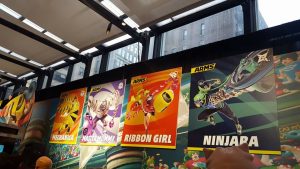 Overall walked away impressed with the device and the controller in many forms, but felt the system while fun feels more like a line-up of games that would be interesting to a party that was already invested into the device. Like if this was the Switch’s year 2 would be a pretty solid line-up of exclusives and smaller games.