The world knows of all the great human superheroes. We know the Batmen, the Supermen, the Spider-men, the X-men of the world, but what of those superheroes who don’t always walk on 2 legs? This is why we have searched the world of entertainment, high and low, retro and current, to bring you our Top 7 Animal Superheroes list!

Before we begin, there were some criteria that were laid out so the list wasn’t only Ninja Turtles and Street Sharks, For the most part, the hero has to be a natural animal, not something created in a lab or through scientific manipulation. However, and this is a bit confusing the animal could GAIN their powers that way. Secondly, they for the most part had to maintain a secret identity, but much like superheroes it isn’t the case for all of them. Finally, they had to serve the greater good.

With that said, let’s get on to our list!

7) Nightwatcher (TMNT)– Let’s get this out of the way, we are cheating a bit with our list. While the Ninja Turtles for the most part are disqualified from the list due to our criteria, Ralph’s alter-ego in TMNT, is a “natural” animal before he becomes a superhero/crime-fighter. He obviously has a secret identity, though as Casey points out in the movie its a turtle in a giant tin can, not many people fit the bill. Anyhow, he is low on the list because his crime-fighting ways don’t last beyond the movie! 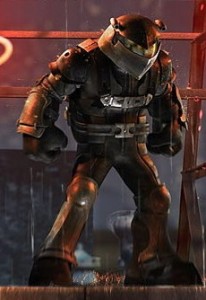 6) Atom Ant– Heroes come in all shapes and sizes, but there is perhaps none as small as Atom Ant (naturally anyhow). This ant possessed super speed, strength and the ability to fly. Just think of him as Superman if he was in Ant form. Atom Ant also made sure to keep his mind shape, because powers can be fleeting! 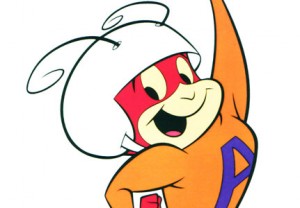 5) Underdog– Can you ever truly be an underdog when blessed with the power to reveal a dog? Sure, Underdog’s secret identity was an unassuming Shoeshine Dog, but when trouble was near, we knew not to fear for Underdog was here! He possessed all of the powers of Superman like flight, speed, invulnerability, X-Ray vision, super-breath and so much more. Unlike the Man of Steel though, his powers had a limited shelf life and would need to take his energy pill to revive his powers. So remember kids.. pill popping can be good for you! 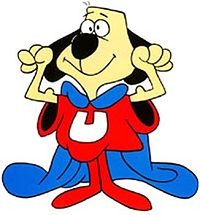 4) Mighty Mouse– What is it with animals and Superman? Mighty Mouse much like Atom Ant and Underdog was molded in the image of the Man of Steel. His powers included flight, speed, strength and invulnerability. Where he beats out Underdog and Atom Ant however is in his shelf life, as he was able to maintain several cartoons and even a comic series! 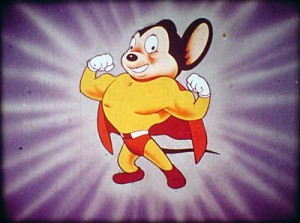 3) GizmoDuck– Some men are born with extraordinary gifts, while others work hard to gain them. The same could be said for animals as GizmoDuck’s strength comes not from within but from science! Discovering a robotic security suit, Fenton Crackshell was able to don the identity of Gizmoduck, who much like his name implies has a ton of gadgets (think Inspector Gadget) in his suit when trouble arises! 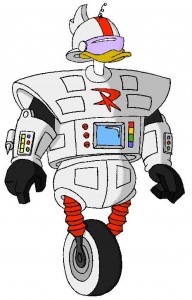 2) Darkwing Duck– It is sometimes argued that one needs super-powers to be a superhero, and it is a fair point. But is dogged determination and a will to overcome pain and stare danger and fear down enough to qualify you? Well we live by one rule here, if its good enough for Batman, its good enough for us! And that is why we’re including Darkwing Duck on this list. Sure, he doesn’t have any natural powers, but he has trained and honed his abilities to become St. Canard’s champion crusader! He is also one of the characters with the best long-term appeal as BOOM Comics have recently re-launched the character with his own comic series! 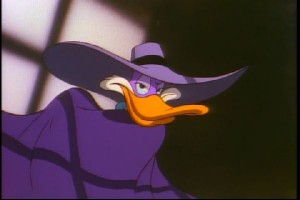 1) Krypto- In a list full of heroes created to honor or parody the Man of Steel, it is only fitting that his companion would top the list! Much like his owner, Krypto has gone through several origin revisions as well, but is generally seen as Kal-El’s pet, and associated more with Superboy than Superman, although he still exists with the adult version as well. He possesses almost all the same powers as his owner, but a bit more in-line with a dog/human Â scale. And if you want longevity? A character that has been around for more than 50 years, cartoons, comics, TV appearances, you name it and he has done it (sans movies!) 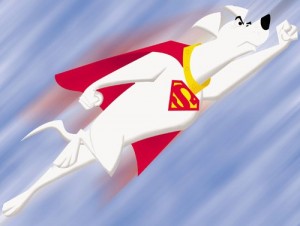