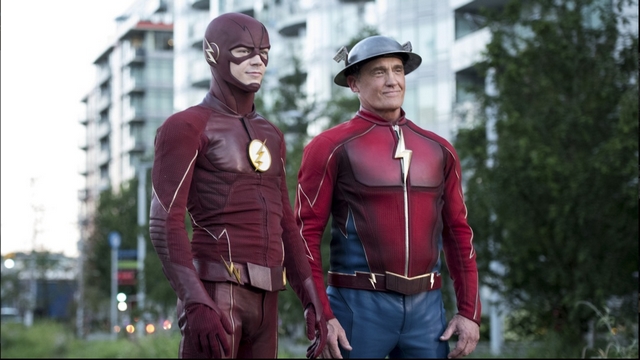 Barry (Grant Gustin) now faces the consequences of time tampering (again). So, in a clever and little used narrative point, Barry recounts the last 24 hours of his life to Felicity (Emily Bett Rickards) from Arrow.

Team Flash isn’t the same due to some “problems”, Iris (Candice Patton) and Joe (Jesse L Martin) don’t talk because she was hurt when Joe lied about her mom. Cisco (Carlos Valdes) can barely stand Barry. Why? Cisco’s brother, Dante, was killed in a car accident. Changes also included Diggle (David Ramsey) from Arrow, he now has a son and not a daughter. More importantly, Mr. Allen has a new coworker, Julian Albert (Tom Felton). This new CSI agent doesn’t like him in anyway shape or form. Honestly speaking, it’s a delight to see someone reject his sunshine and rainbows.

We then catch up with Edward Clariss (Todd Lasance) suffering from visions of being The Rival. He encounters the masked man Dr. Alchemy, whom offers to return his powers. Meanwhile, our hero is fixing or trying to fix Team Flash. It took 3 seasons, but we got a speedy back and forth 2-way conversation with Barry, Iris and Joe. In hilarious fashion, he convinces Joe, Iris, and company to a quaint  family dinner. The family dinner ends painfully awkward once everyone realizes Barry’s folly and a metahuman warning.

Barry responds only to meet Clariss, whom declares that he won’t be losing again, what then proceeds is the best special effects showdowns in the show. In a brilliant showcase of CGI, lightning, and proper camera shots both speedsters race through the entire city fighting each other, a treat for fans certainly. Unfortunately, its short-lived as Clariss runs away.

When Barry recognizes this reality isn’t right he decides to go back in time again while making his trip he’s stopped by Jay Garrick in 1998. Garrick takes it upon himself to talk about time tampering; life’s not about resets and is about moving forward. During the lesson, Jay addresses being his dad’s doppelganger with a  “tough cookies kid.”

Following the lesson, he informs Team Flash that they lived in a different reality and still do. The pain runs deep when we learn that Cisco asked Barry to do this for Dante and he refused. This is probably one of the most emotional and well done scenes between the two. 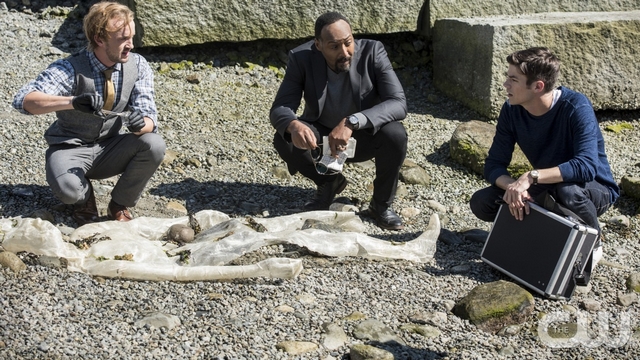 Again, we have another Julian encounter where Barry requires some case details. Barry’s not very subtle as a CSI as he blurts out the name of where said DNA originated. The evidence leads The Flash to a second round with The Rival. Mr. Allen almost loses if not for Cisco and a last minute save. The two then perform a superhero combo attack to knock out The Rival.

Towards the end of the episode, Barry discloses Alchemy’s intention to give metahuman in Flashpoint their powers back (Wally too?). Team Flash forgives Barry for tampering with time and everything seems to be going back to normal.

However, it wouldn’t the Flash if things didn’t go bad in the last five minutes. After Barry shares his elation with Caitlyn, we see manifestation of her ice powers (hi Killer Frost). Barry also has a nice chat with Mr. Albert and we learn why he doesn’t like him. Simply put, Julian knows he’s lying on instinct and he refuses his friendship as a result. 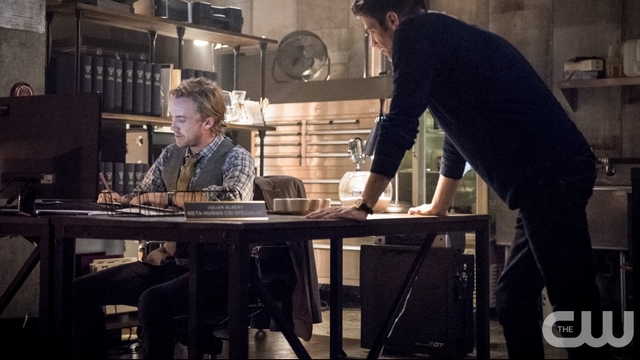 All in all, this episode was better than Flashpoint. It had a better super-powered showdown and there were more painfully concrete scenes among Team Flash and Barry. Barry and Iris actually kiss and it’s real. Plus, Dr. Alchemy just revealed himself and things will be escalating.