Nintendo Wii U: Damned If You Do, Damned if You Don’t


I apologize in advance for those who follow me on Twitter, but this is just going to be a more thought out and better written tweet that I did last night in reaction to Nintendo’s various conferences. Last week, I wrote a piece about all the questions that were left unanswered about the Wii U coming into this week, and what I felt Nintendo needed to do to build momentum for launch. I wanted to come back after the conference and examine what Nintendo did right, what they did wrong and what they did that no one expected.

That wasn’t the narrative that took hold of the Internet though. While there are people who haveÂ legitimateÂ gripes with what Nintendo announced or didn’t announce, a lot of the reactions left me in a state of confusion for most of the day. As reactions poured in and continued to, I realized that no matter what Nintendo did or didn’t do, they were screwed in the eyes of many anyhow. 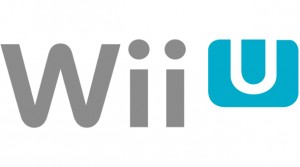 For years, gamers have lamented the fact that Nintendo relies heavily on their myriad of IPs. You know what Nintendo didn’t have at the show? The next Zelda, the next Metroid, the next Pokemon, the next Wii Sports, you get the idea. So you would think people would be happy for that, but instead you hear gamers asking “Where’s Zelda? Where’s Metroid? Where’s the true Mario game?” To some extent, I get it. If you’re going to invest into a system, you want to be assured that popular brands are coming, but at the same time people don’t want Nintendo to always rely on these brands. Screwed either way really.

What did Nintendo have then? Most of the stuff we’ve known since e3, but Project P-100 was renamed the Wonderful 101, LEGO City Undercover becomes the first original LEGO game, SiNG bringsÂ karaokeÂ to the system and NintendoLand looks to leverage their history into a new and interesting package. What are reactions to that? Wonderful 101 isn’t from Nintendo, LEGO City gets no reactions, SiNG is a casual game and NintendoLand isn’t what people wanted. Again, I can understand asking for new IPs, new content and new ideas. But then demanding it comes in a very specific package seems a bit backwards. Yes, I realize all those games aren’t for everyone, but no game, no entertainment product, is for everyone as much as they try.

Fine, Nintendo has benched most of their major franchises for the launch window, and trying to bring new content to the console, but it isn’t exactly what people are looking for. Maybe, if they went with another angle for these gamers. Since the Nintendo 64, there was always talk that Nintendo was a bit kiddy or a little too casual. What if they focused on bringing “mature” and “hardcore” content to their system at launch.

Ubisoft brings ZombiU to the Wii U as an exclusive launch title. It’s an interesting spin on the zombie genre. Nintendo themselves assist Team Ninja in porting Ninja Gaiden 3 to the Wii U for launch with a handful of changes and additional content from the other versions. Activision announces that Call of Duty Black Ops 2 and 007 Legends will be on the Wii U as well. And of course Nintendo themselves announce they are resurrected Bayonetta as an exclusive title for the console.

Seems like a good start, but it isn’t… ZombiU will be the Red Steel of the launch and ported to the PS3 and 360 in the new year so it doesn’t count (Even if this isn’t announced!). Ninja Gaiden 3 was crap and nothing Nintendo could do would fix that. You can already get Black Ops 2 and 007 Legends on your current platforms (including the Wii). I completely agree with that point except for the reaction to when Nintendo locks up an exclusive… 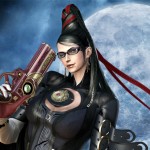 Bayonetta 2 was announced as a Wii U exclusive title, and for right now, it seems to be that it will remain that way for the duration of it’s life. That story took on a life of it’s own after the press conference. People who felt betrayed by Platinum Games and SEGA from taking the game from fans of it on the PS3 and 360. People who felt disgusted that such a game could exist on a Nintendo console. People who really just wanted to poke the hive!

I completely understand WHY people are upset about the game being exclusive. If a game I loved got a sequel on a platform I didn’t own, I would be upset.. but if I really loved it would find a way to play it or own it. What I didn’t see coming is how many people dislike Nintendo to such a great deal that they would rather this game not exist at all then be exclusive to a Nintendo platform. I wouldn’t sit here and try to imagine their reasons, and I’m sure they have it. But instead of being a welcome return to a brand that was dead, it turned into aÂ venomousÂ filled rants on forums, Twitter and various websites. And it makes no sense.

So Nintendo gets exclusive new IPs, people brush it off because let’s be honest Nintendo doesn’t get good exclusives from 3rd parties. Nintendo gets ports of popular brands, oh it’s no big deal because we can already buy it on our better consoles. Nintendo gets exclusives of a brand that’s already beloved, and they are the scum of the Earth because they are trying to force me to buy their console for a single game. There really was no way for them to satisfy people with the games they announced yesterday?

The narrative that Nintendo doesn’t get games is a good one when you can ignore or brush off most of their games. They changed the narrative a bit, but there are still a lot of other areas in which they are weak on! The biggest is online, and while I will admit they didn’t really address many fears last night, they had a solid start. 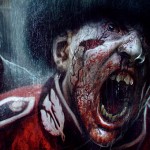 Seems like a solid start, and a much more robust line-up than most of the Wii’s line-up. What’s the reaction? Why would I play these games on Nintendo’s system? I can already play most of them on Xbox Live or PlayStation Network. Again, I get the idea. I have dozens of friends on both services, and easier to play where the community exists. That doesn’t mean I’ll turn away online gaming on the Wii U especially if it does compare to the other services.

Speaking of services! Nintendo doesn’t do online.. and it doesn’t do it well. So they announced MiiVerse at E3 which looked like a really interesting evolution of the online community dashboard. People brushed it off because they could already tweet or Facebook the same things. So they turn their attention to Entertainment, now I’m an old-school guy, I like my video game consoles to focus on playing video games, but that doesn’t seem to be the direction the industry is going. Nintendo introduces Nintendo TVii (I think the ii naming convention has jumped the shark) and we get snark as people comment they can already do this stuff on their TV. Which is a fine point, but again it’s adding something new that people simply want to brush off!

I don’t want this to come off as people should love Nintendo now. There are clearly many avenues they have to address and they need to keep this support going beyond launch, but it does seem like they have entered the ultimate no-win situation with a decent portion of the online gaming community.

I mean if I had to sum it up, I don’t really get it. Nintendo is trying their best to address a lot of concerns and problems people had with them going back to the Nintendo 64. No matter their solution though, it isn’t good enough, it’s already been done or could be done on competing platforms or it makes no sense for Nintendo’s audience.

At this point, I’ve kind of given up asking what people expect from Nintendo because I don’t even think people know at this point. It will be whatever Nintendo isn’t currently providing I guess.