If there’s one thing we love to do on this site is introducing features that get used once and never mentioned again! In that spirit, we’re here to introduce the latest section on the site, Crossover Corner! 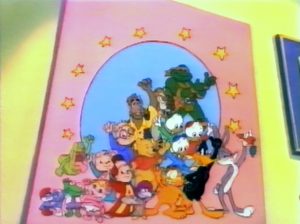 The name pretty much says it all. Crossover Corner will be where we discuss crossovers from all walks of entertainment. The first time the Jetsons met the Flintstones, that time that the heroes of Marvel took on the heroes of Capcom, when the devil in our nightmares met the one from camp town legends and so much more.

The question you may be asking yourself, outside of will they actually keep it up, is why? In recent weeks and months, we’ve come to discover how truly fantastic crossovers can be. They are peak escapist fantasies. As a kid, who didn’t have fights with their friends over whether Spider-man or Batman would win in a fight, what would happen if Sonic and Mario crossed paths or who truly was the king of frights, Freddy or Jason? 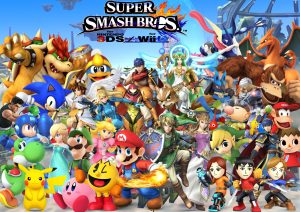 But it’s more than reliving some of our childhood memories and dream match-ups. Along the way, we want this to be a learning adventure for us. To discover what defines a crossover. What’s the difference between a guest spot/cameo and a full-blown crossover. When do you go from crossover to combined series? There’s just so much to geek out over in the coming weeks and months.

Now we want to relive the good, the bad and the ugly of all of these fantasies becoming reality with you! So strap in for the nostalgic ride of your life! This is the Crossover Corner.