(This is a blog post from Dual Wielding co-host Jason, and the original article can be found here.)

Learn from the best. It’s a simple concept and one that has pervaded throughout all varieties of industries in any capitalistic society. Apple’s iPhone was the first smartphone for the masses, not just the businessmen, and three years later we have all varities of smartphones, many taking important cues from Apple (like multi-touch displays) or trying to improve their design. Kobe Bryant frequently states how he studies and learns from the NBA’s most legendary players to improve his own game. In debating new bills, lawmakers frequently make references to how the core elements have already played out in certain states or foreign nations.Â Citizen Kane is often credited as being the greatest film of all time, not because it was so jaw-droppingly entertaining, but because of the myriad technical and cinematic tricks that it first introduced and are now standard in any Hollywood production. It is an important part of any competitive practice to study the best that’s been done, emulate it as best you can, and then build on those key traits in an original way. When it comes to game design, however, many developers shy away from borrowing ideas laid out in other games, and for those that do, many are derided for being copycats.

In January 2010, an upstart studio called Virgil Games partnered with publisher THQ to release an original game calledÂ Darksiders. The game was an original take on the Four Horsemen of the Apocalypse with a comic book-inspired art design and a semi-open world with linear objectives. WhenÂ Darksiders hit shelves, it arrived to mixed reviews. The game was heralded as being fun and well-designed, but took several knocks for being a copycat ofÂ God of War orÂ The Legend of Zelda. These criticisms weren’t directed at specific shortcomings, but merely by the fact that Virgil Games didn’t reinvent the wheel with entirely new mechanics from the top down. Nevermind that there has never been a game to bear any sort of resemblance to the critically-acclaimedÂ Zelda series before this. Nevermind that the elements Virgil borrowed were just that–elements, not entire gameplay ideas or concepts. From the game’s announcement, Virgil had stated that they were attempting to make a game in theÂ Zelda mold, with an emphasis in combat that would bring it close toÂ God of War, yet featuring an entirely new, well thought out, and imaginative universe. But to some reviewers, that meant little;Â Darksiders was just a copycat ofÂ Zelda orGod of War that was simply not as good. 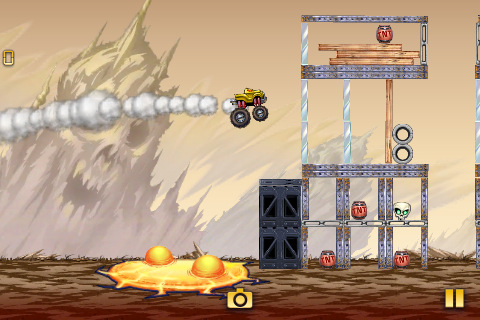 My question for these “critics,” to which I cannot fathom an answer, is why? Surely there are more egregious copycats out there that are deliberately trying to steal someone else’s idea and make a quick buck off it. Just head to the App Store and look atÂ Trucks and Skulls, a total facsimile of the breakout hitÂ Angry Birds, albeit with a thin layer of fresh paint. ButÂ Darksiders was noÂ Trucks and Skulls. It borrowed gameplay elements, sure, but not only did they do it from multiple, entirely different games, but they meshed them in new ways in an entirely new and compelling presentation. Virgil Games was pretty upfront thatÂ Zelda andÂ God of Warwere serving as inspirations for their game–and there is nothing wrong with that. At all. Especially when you consider that these are two of the most heralded franchises in all of gaming. Virgil–a new studio headed by a guy named Joe Madureira who was completely new to the medium–was simply learning tricks from the best in the business and applying them to an entirely original concept and idea. To criticize Virgil for this is completely missing the point.

That is not to say there aren’t “real” copycats out there.Â Dante’s Inferno and the recentÂ Medal of Honor reboot bear some pretty uncanny resemblances toÂ God of War andÂ Call of Duty, respectively, and it’s pretty likely that these games were cases of trying to get in on the cash cow. But even in these examples, its unfair to write these games off as simple copycats. While the gameplay inÂ Dante’s Inferno feels like it was literally pulled straight out of theÂ God of War games, it does bring a unique element to the table in that its story and level design are actually interpretations of a famous literary work (Dante Alighieri’sÂ The Divine Comedy). So, in that sense,Â Dante’s Inferno is only a half copycat. But in this case, given the incredible similarities in the gameplay alone (really, you need to play both and you’ll see its almost exactly the same combat mechanics, buttons, moves, etc), it would be fair to criticizeÂ DI‘s gameplay as been a less glorious rip-off ofÂ GoW‘s. In the case ofÂ Medal of Honor, the similarities toÂ Call of Duty‘sÂ Modern Warfare sub-series are even more egregious–and fair for criticism–but the development team at Danger Close did try their own spin on the formula by using a real conflict in Afghanistan as a setting rather than an entirely fictional one. So, while examples of “copying” do exist,Â Darksiders is nowhere near what these two games did, and should not be criticized in the same way. 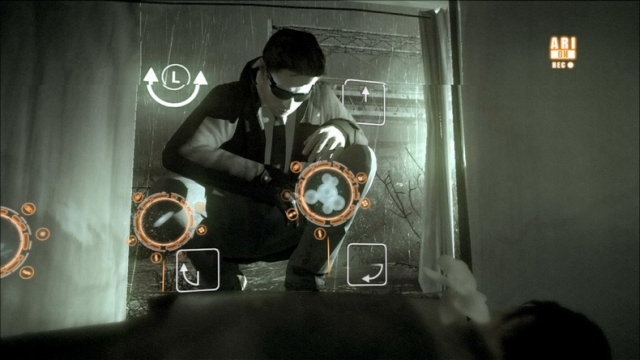 In fact, it’s almost as if game developers doesn’t doÂ enough copying. Sure, there are the examples listed above, and there have been other attempts at straight-up copying an idea. But few developers try to do what Virgil Games actually did, which is to set out to to copy or one-up, but rather to study, learn, and apply in a new and interesting way. There are some pretty well-established gameplay models that would absolutely flourish in other settings, other stories, etc. We saw a glimpse of this potential last year when Rockstar took its own award-winningÂ Grand Theft Auto mechanics and applied them to a Wild West setting inÂ Red Dead Redemption. They obviously tweaked various aspects to fit the setting, timeline, and story, but the hallmarks ofÂ GTAwere clearly evident. In many ways this is similar to what Virgil was doing withÂ Darksiders, and, frankly, is a practice that more developers should be looking into. After all, how many gamers heralded the innovative gameplay of last year’sÂ Heavy Rain, but hated its core story? That game’s developer, Quantic Dream, have already stated they are moving on to the next innovative idea and technology, so in their place, who wouldn’t want to see a new game takeÂ Heavy Rain‘s mechanics and apply them in wholly original ways? Or, why not takeÂ elementsfrom those mechanics and use them to enhance certain parts of other games? The industry holds a wealth of great gameplay mechanics, great ideas, great interactive elements and ways of engaging the player… developers just need to do a better job of learning from each other. And the so-called “critics” need to back off on their jaded criticism and allow new minds to tackle old ideas.