Ask a Dork: Winning in a Fight 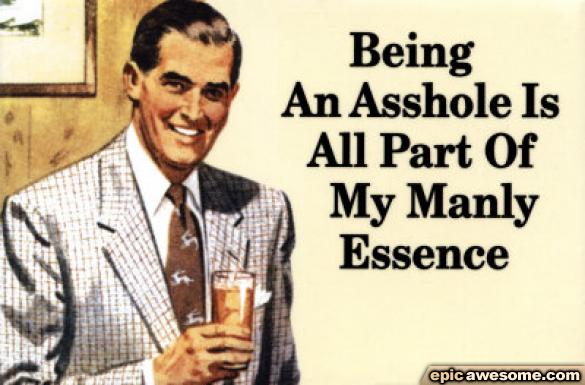 Why do we find discussions about “Who’s stronger” or “Who will win in a fight” so fascinating?

That’s an interesting question. Since the days of the playground, little boys everywhere have debated this (seemingly) unilaterally important topic. And, to clarify, I do mean little boys; while the word used in this week’s dorky question was “we,” it’s important to acknowledge that a much smaller proportion of little girls are so intently focused on concepts like strength or winning in a fight. Could this be a result of primal male instincts? I think not.

We are ultimately defined by a number of environmental and biological factors. Naturally, our parents must take a lot of credit in how we look and act, but culture plays a part as well. In this case, we really should begin by discussing popular culture and gendered roles. Oh, and before you ask — no, this will not be a pretentious response to sexism or any doctrine founded in feminist belief. I’m simply making a few social observations.

I won’t dig too deep into what cultural context does to shaping how women act and interact, as I’m not a woman and those kinds of things are mostly lost on me, however, I can speak to the role it has on boys and men. For many males, the way we choose to interact with each other is generally a reflection of what we determine to be socially acceptable. Whether something is socially acceptable or not is usually informed by media and instances of social exposure to other men.

Whenever groups of people come together, a society tends to emerge. No matter how primitive or sophisticated, people develop a culture which lays down what patterns of human behavior are thought to be acceptable (or not). In those cultures where men tend to have more political and social power, like that of North America, male imagery also tends to dominate. Maleness and male potency is equated with more general access to power and success in society. In its most extreme form, machismo in some cultures applauds obvious displays of masculinity and requires men to demonstrate a strong sense of pride and honor both in themselves and in their roles as leaders. That’s why men value strength and the ability to fight.

The real question we should ask is: “is it a good thing that men value strength and the ability to fight?” I’m sure many sociologists would say that it is not a good thing. I’m also sure that their response would be coloured by their own social philosophies. Basically, I’m of the belief that there is nothing wrong with valuing strength or the ability to protect yourself/others in a fight. The problem with our culture today, however, is that it is too focused on this this view of manliness — which sadly leaves little room for socially acceptable alternative ways of being a man. There are plenty of men who are great fathers, husbands, brothers, and sons in spite of not being especially macho. There are also a number of men who fixate on being physically domineering, and are terrible to those who rely on them most. Diversity in what is deemed to be socially acceptable is ultimately what we should be striving for.