Since Trent is out on vacation this week, I thought we’d fill in his usual “Ask A Dork” column with another interesting feature he runs over on his own blog.

Common Arguments is… Â Â the series where we examine what fans and haters alike are saying about a video game and question the validity of theirÂ partisanÂ comments.

For the first installment of the series posted on this site, Trent shall tackle Final Fantasy XIII. Not only is it one of the mostÂ controversialÂ release in the Final Fantasy franchise, but it is also topical with the announcement that Square is set to announce another game in the franchise at the end of the month. Enjoy! 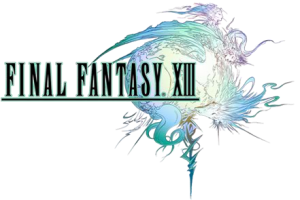 Final Fantasy XIII is unique as it strayed away from typical character, battle, and plot archetypes. Not everyone likes that though…

“What the hell is going on with this battle system? Should I be choosing my own commands or using auto battle?”

Generally speaking, most battle systems at the start of any RPG require some adjusting to in order to master, but the arguments against this PARTICULAR battle system seem to continue past the first 5 hours of game play. Actually — to be fair — the average opinion is usually something like,

“Fuck this battle system. It’s not a Final Fantasy system. I’ll never get used to it.”

If that’s the way you feel after investing what you consider to be a fair amount of time, that’s your choice, but maybe we all just need to take a step back and open our minds a little. 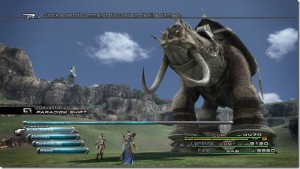 Throughout the history of the series we have had both Active Time Battles (ATB), and job/class systems. Final Fantasy XIII is a very streamlined mixture of the two. Instead of going out of your way to select individual commands, you choose job mixtures (called Paradigms) and allow your characters to make the most logical actions given the situation. While at the beginning of the game (when no one actually has a defined job) this system is a little pointless, the new way of handling your party becomes far more engaging later on. To the same effect, boss battles become far more challenging and will require unique play styles to conquer. This leads to us having to approach each battle more strategically — focusing on the abilities of our characters and what jobs suits which situations.

I’m sure many Final Fantasy gamers felt a little betrayed by the Auto-Battle system up until the eight hour mark as it almost treats you like a toddler, but once Paradigm shifts become the focal point of battle it becomes pretty necessary. To be blunt, if you had to make individual ability selections every turn for every character, you would likely get crushed. The battle system is tremendously unforgiving; if you approach certain situations the wrong way, you can be torn asunder by even weak monsters in mere minutes. That said, if you embrace the focus of character jobs over specific character abilities, while using Libra a hell of a lot, you may actually find the battles to be both engaging and a legitimate challenge. If not? Well, there are always more traditional RPGs on the market to suit your tastes.

Just don’t write something the system off completely without giving it a good shake.

This is a common criticism of this title.

Final Fantasy XIII is a story-centric title and I think the reason why the game gets so much flack in regards to pacing is due to the way it approaches story-telling. One of the major flaws of this game is its use of exposition. Most stories weave plot elements into the experience through conversation or the use of an audience avatar to introduce us to the universe. Final Fantasy XIII takes a different approach.

The game basically throws you right into the situation and expects you to do your own research on what has gone on before the ‘press start’ screen. Naturally, the whole thing has an air of “Sink or Swim” that isn’t tremendously helpful or engaging.

Overall, it’s kind of hard to argue in favour of the games pace. Had they remained how the story was to be delivered, this title might have been a little easier for gamers to digest.

“This game is too linear.”

This is an incredibly apt point. Whether you are examining the limited exploratory nature of the maps, the lack of non-disjointed travel systems (seriously, only one area with chocobos and teleportation gates in place of overworld map travel?), the Crystarium (just a pretty rehash of Final Fantasy X’s Sphere Grid) or the weapons/accessories upgrading systems, this title is just a bit too linear.

That said, it isn’t as if this is the first linear Final Fantasy title we’ve encountered.

Final Fantasy X happens to be structured pretty identically to Final Fantasy XIII. Characters have their specific niches and while you technically can venture outside of what they traditionally do, it doesn’t happen until later in the game. Maps in both titles are very linear with few branching opportunities and no overworld. The skills/character progression systems in both games (Sphere Grid & Crystarium) are near identical. Finally, there is are a significant lack of engaging and interesting side quests in both games.

I’m not saying that Final Fantasy X is of the same level of quality as Final Fantasy XIII, but it’s hard to deny that we aren’t completely unfamiliar to linearity.

“Final Fantasy XIII was a failure.”

The game definitely isn’t for everyone and is far from a perfect titles, but as of the time of this article’s writing it holds an 85% on GameRankings, 83% on Metacritics, and 39/40 from Famitsu (although there were some kickback allegations on that one). Critically speaking, I’d be hard-pressed to call it a complete failure. That said, is it up to typical Final Fantasy standards? Not so much.

In terms of commercial success, they’ve shipped about 5.5 million copies and it currently holds the record (beating out Final Fantasy VIII) for the most successful launch in the numbered series.

No matter how you slice it, it’s not exactly a failure – although I can completely understand why some fans would feel that way.

“It has the worst characters in the series.” 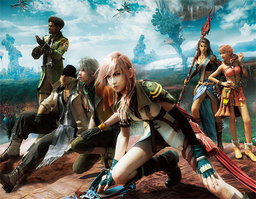 The way people will feel about characters in any medium is pretty subjective, but this argument harkens back to to pacing. To most gamers, characters in this title appear to be pretty cardboard. While I agree, I feel as though the story’s time-frame limited character development a little bit.

Some events in Final Fantasy games take place over the course of about a year or several months. This is not the case with Final Fantasy XIII. We are given an extremely limited amount of time to understand the character’s personalities and motivations because everything that is happening in what appears to be a short period of time.

There is no slow down or time to visit towns – these people are on the run. It only makes sense that we only see the part of their personalities they would realistically display during this crisis. SazhÂ would not be taking a ton of time off from attempting to rescue his son in order to smell the roses and reflect on how he always wanted to be a hairstylist.

Hope gets a lot of ire from the Final Fantasy community.

I get this; his character just lost his mom and he’s been forced to travel with what he assumes to be her murderer. It makes sense that his character is upset. It’s just the level of frustration/sadness that he tends to exude that really seems to get under people’s skin.

Personally, I wasn’t a huge fan of dark cloud of brooding that surrounded him, but that didn’t stop him from being a great party member.

Again, the story is hurt by how they choose to present the information, but I think its conceptually sound.

Essentially, Gran Pulse is full of Demi-gods all with different functions and personalities, all waiting for their creator to return. The MAKER is to be summoned when cocoon and all of its innocents are sacrificed. He would then remake the world and end their sad existence.

In religious terms: “Would angels try to cause Armageddon if God vanished?”

With that in mind I think it’s a pretty neat arch, but its hard to derive that storyline unless you have a completed encyclopedia and don’t mind reading.

It’s definitely a change. Instead of having to equip anywhere from five to twelve pieces of armour, all we have to focus on are accessories and weapons upgrading.

While I’m not personally a fan of having to gold-farm to upgrade weapons to their max, I do like that I don’t have to constantly focus on upgrading helmets and gloves.

“There are too few enemy designs”

This was actually a major problem of the title in my eyes. Instead of developing a really robust catalogue of unique and interesting creatures, Final Fantasy XIII’s bestiary is mostly composed of the same twenty creatures with numerous colour swaps.

Unfortunately, most of these creatures that are similar in design also fall to the same battle strategy. This limits how much you care about the monsters because you know how to deal with each ‘type’ before they even engage you in battle.

“Why would they give you a linear story for 80% of the game and then dump a bunch of side-quests on you? Gran Pulse is a pain.”

Excellent point. Like we mentioned before, the pacing of the game is pretty linear and brisk.

In this case, much like in Final Fantasy X, they have presented a large space to level, get rare items, and do side-quests before the big bad.Â If a game is incredibly linear and still takes about 40 hours to finish, you don’t want to spend the ENTIRE time in a confined space. You needed that free space to stand a fighting chance for the final boss.

It doesn’t do anything to help the game’s odd pacing, but I’m sure the production team knew how important it would be to bring your characters up to speed. 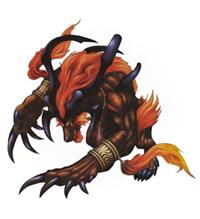 “I miss the old summons. Where is Ifrit?”

As much as I appreciate the fact that Ifrit is featured in so many Final Fantasy titles, there should always be room for experimentation.

Most new Final Fantasy titles like to come up with their own summons and while some of Final Fantasy XIII’s are a little interesting (for lack of a better word), I appreciate the effort and think that most of their designs are pretty cool.

Unfortunately, Final Fantasy XIII had to deal with the effects of raised expectations.

This was to be the first real next-gen Final Fantasy title and it didn’t have to just look good – it had to play well. I understand if fans were let down because the bar had been set so high in the past, but I feel as though we would be better to simply enjoy it for what it is and hope that the next entry delivers a better experience.