Breaking Down the THQ Breakup


It’s been quite a long time coming, but the slow death of long-standing publisher THQ is reaching its end. After initially attempting to sell the entirety of the company’s assets to Clearlake Capital, court orders eventually required THQ to split up its assets to individual bidders in an auction if the total amount raised exceeded the original lump sum offer. That process culminated a couple weeks ago and the company’s studios and intellectual properties will indeed be broken up–but what does that mean for each of the studios, IPs, and the gamers that supported THQ to its dying day?

Volition and the Saint’s Row IP
Arguably the most prized asset going into the auction, at least in terms of sales and recent klout. While the Volition/Saint’s Row combo didn’t actually end up commanding the biggest bid, it still sold to Koch Media group for $22.3 million (beating out a paltry $5.4 million bid from Ubisoft, who was presumably trying to get a steal based on value just in case). Koch Media, who is the parent company of Dead Island publisher Deep Silver, now owns the talent and rights behind the biggest open-world gangster franchise not called Grand Theft Auto. With a relatively small publisher, it would be a good bet to assume that Saint’s Row will continue to evolve along the lines of its now-signature over-the-top crass humor so as to stand out from its competitors. Notably, that puts the minds who thought of this and this are now under the safe ownership….

In another aggressive push by Koch Media to establish Deep Silver as a rising publisher in the industry, they also submitted a winning bid of about $5.9 million for 4A Studios’ Metro: Last Light, the sequel to critically-acclaimed Metro 2033 and former pillar title in THQ’s spring lineup. Once again, Koch beat out Ubisoft with its bid, though this time the margin was a much slimmer $700K. While 4A Studios itself was not owned by THQ and therefore not up for sale, Deep Silver now inherits a game that is nearly complete, and will presumably have the option to license rights for further sequels (though that is merely speculation). Considering the stratospheric cost of game development, MetroÂ might turn out to be the savviest purchase in this auction, at least from a financial perspective.

Relic Games and the Company of Heroes IP

What turned out to be the crown jewel of THQ’s stable was the real-time strategy combo that is developer Relic Games and its Company of Heroes IP, which includes the forthcoming Company of Heroes 2Â (another THQ pillar title that is nearly finished). Not only did SEGA’s $26.6 million bid prove to be the largest bid of the auction, but runner up Zenimax Media’s (parent company of Bethesda) Â close-but-no-cigar $26.3 million offer also trumped all other offers for THQ assets. Garnering the top bid is especially impressive when you consider that Company of Heroes is a PC-only title and an RTS on top of that–two areas that don’t particularly see heavy investment. SEGA is no doubt looking to bolster its struggling portfolio and will presumably mitigate the cost through several expansion packs and sequels. One can only hope they don’t try to shoehorn the experience onto consoles, but perhaps they will find other ways to apply Relic’s talent to that space.

Crytek’s winning bid for the Homefront IP clocked in at a scant $544,000–and was the only bid THQ even received for the property. The acquisition is merely a formality for Crytek that affords them greater control, as they had already been previously contracted to develop a Homefront sequel for THQ. The enterprising company has also recently been very aggressive in expanding its business, so its no surprise that they would try to bolster those efforts by locking down rights for a franchise it was already invested in. What will be interesting to see is whether CEO Cervat Yerli’s proclamation that all future Crytek games will utilize a free-to-play model will still apply to Homefront 2, or if the title will follow a more traditional monetization strategy. It’s hard to really say without knowing THQ’s previous intentions in their deal with Crytek, but the developer’s strength has always been robust, ambitious shooters, so this will be an interesting one to track regardless. Now if they would just get to working on something with that TimeSplitters IP….

Vigil Games and the Darksiders IP

In a curious and cruel twist,Â DarksidersÂ developer Vigil Games did not receive a bid in the auction, forcing THQ President Jason Rubin to shutter the studio and lay off its staff. In a bit of lighter news, a good chunk of that staff has already been picked up by Crytek to found their new Crytek Austin studio (apparently after a single meeting that did not even necessitate resume swapping), whileÂ DarksidersÂ creative director Joe Madueira actually left the company last year. Although Vigil is no more, the skeleton entity of THQ still owns theÂ DarksidersÂ IP and Rubin says they are still trying to find a buyer–perhaps Platinum Games?Â (I sure hope so!).The situation is perplexing given the popularity of theÂ DarksidersÂ games and their uniqueness in a monochromatic market of military shooters. The fact that such a talented and creative group didn’t even draw a lowball offer is astounding, though its good to see many land on their feat so quickly. As for what they’ll be working on for their new German bosses, it’s anybody’s guess at this point.

THQ Montreal (plus 1666 and Underdog) 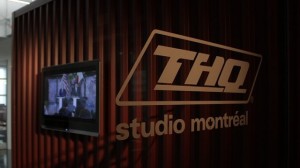 In one of the more interesting developments of the THQ auction, brand new studio THQ Montreal was purchased by none other than French publisher Ubisoft for $2.5 million. Among the several subplots in the acquisition is the fact that THQ Montreal creative director Patrice Desilets had originally been hired away from Ubisoft to found the new developer after completing work on Assassin’s Creed II. Desilets will now be headed back to his old employers, and Ubisoft will now add the presumably-to-be-renamed developer to its repetoire alongside its massive flagship studio in the same city. Adding further intrigue to the studio sale is that Ubisoft also acquired rights to two previously-rumored but still officially-unannounced IPs in 1666 and Underdog. Not much is known about the two titles and Ubisoft is not providing much comment on either, pointing to the fact that although they have surfaced in court documents, they are still officially unannounced products. Somewhat stunningly, Ubisoft managed to acquire this entire windfall for half the price of the Metro license by itself, and a mere fraction of the cost of the Volition and Relic developer/IP combos.

South Park: The Stick of Truth

While the new Montreal studio was Ubisoft’s headlining acquisition, they also won the publishing rights to THQ’s third nearly-finished game that had been penned for the first half of this year: South Park: The Stick of Truth. Despite the fact that this acquisition only relates to one game (not even an entire license or IP), and does not include ownership over a developer (Obsidian Entertainment is independent and was merely contracted to create the game), The Stick of Truth garnered a 32% higher sticker price than the entire THQ Montreal package. Of course, like Metro: Last Light and Company of Heroes 2, the new publisher is getting a game in its final stages of development, so there is far less additional investment needed compared to the THQ Montreal acquisition.

Among some of the secretive new IPs in the auction is Evolve, a cooperative action game developed by Turtle Rock Studios, creators of Left 4 Dead. Unlike 1666 and Underdog, however, Turtle Rock itself was not part of the package, much like Obsidian with The Stick of Truth. The California-based developer actually submitted its own bid for control over the Evolve IP, but it’s $250K offer was no match for Take-Two Interactive’s $10.8 million bid. While they won’t get ownership, they’ll at least get to keep working on the game. As there are virtually no public details on the game aside from it’s genre and title, it’s hard to say how Evolve will be impacted by moving into the same umbrella as Rockstar and 2K. However, given the vague “cooperative” tag and Turtle Rock’s history, I’d expect an evolution of the concepts first established in Left 4 Dead, but applied to an idea other than zombies (or, hopefully, heists).