Today, DC Comics announced a new digital streaming service alongside news of Young Justice Outsiders and a live-action Teen Titans series simply titled “Titans.” The announcement of the revival of Young Justice and Titans is more than enough to get the blog-o-sphere into a buzz. But I wanna look beyond these two shows to look at the potential of another streaming service, and what it can offer fans of DC Comics and Entertainment.

Before we look at the future of the service, let’s visit DC’s past. In DC’s nearly century long existence they have had a presence in various forms of media. From the 1940s movie serials to their animation boom in the early 21st century. If Warner dips into their archive, they have a pretty solid foundation to build on.

Roughly, not counting any of their currently airing shows or movies, they have 13 live-action TV series, about ~30 animated series, 50 or so animated movies and 28 live-action movies. You’re already starting with hundreds of hours of content. 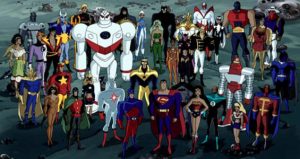 Now the big problem with that is while Warner has owned DC for some decades now, they haven’t always. In the past that has caused issues with licensing material, which is why it took forever for the Adam West Batman series to make it to home video.

Now back to DC’s vast backlog of content. While some of their shows are currently streaming on various services (Netflix has Justice League/Unlimited and Amazon has Batman TAS/Superman TAS), most of their content doesn’t exist on any streaming services. So for many it will be new-ish content. Not only that but it offers a weight of characters beyond their trinity with shows featuring Captain Marvel, Swamp Thing, Constantine and the Birds of Prey.

As noted above, the roll-out came with the announcement of a new Teen Titans live-action series and revival of Young Justice. Young Justice has been a hotly anticipated show and should give the platform some early buzz. Titans has been in development for about 3 years now, but fans aren’t too informed as to what it will include. Either way, both shows are big gets for several reasons. 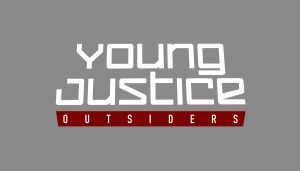 First, they both skew younger. Not necessarily in the children department, but cater to teens and young adults which is a demo that has adapted digital much faster than any other demo.

Secondly, while similar concepts (at least in the comics), they do offer two new brands for DC Comics that can rest on familiarity with bigger names (Batman, Superman, Wonder Woman) while allowing them to focus a bit more on their secondary characters and build them up a bit. Both shows also are fertile ground to introduce other characters who could anchor their own properties whether animated or live-action.

Finally, if there is a comic component to this app (a big question mark), both series have a robust backlog that is fairly continuity-lite for newcomers. And personally, I just loved the Young Justice series!

“The Future is what we make it,” and to me is the most exciting, but scary aspect of this whole service. 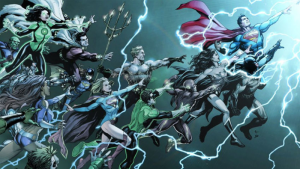 We know of Titans and Young Justice, but what else are we getting? Will DC forgo the profitability (And slight sharing of risks) and not try to pitch their shows to other networks? Will something like Justice League Action or Teen Titans Go move over to the service? And what will happen with the currently airing DC TV series? We know that the CW signed a deal with Netflix just last year for streaming rights to their TV shows including The Flash, Arrow and DC’s Legends of Tomorrow, does that mean their hottest properties are off-limits in its inaugural year?

While those questions linger, the biggest one remains to me, does this service include a comics component? Will this be DC’s Marvel Unlimited app? If so that changes the game and appeal quite a bit. It also allows them a chance to buff up with content by turning some of their classic and iconic stories into “motion comics.” And can offer an in-app connection between arcs and adaptions. Something that neither Marvel nor DC have been great at capitalizing on as their media empires grow outside of the comics’ industry.

Speaking of DC capitalizing on their momentum, they have done a really decent job in recent years of pushing their content to a younger demographic… if you look for it. The DC Kids Channel on Youtube hosts a number of smaller series that could be added to the service and even added upon for additional content. Then there’s stuff like the DC Superhero Girls line-up that has been going strong for about two years now. 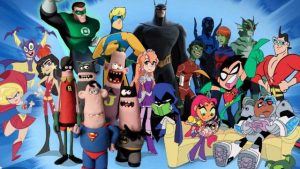 And of course my baby, the DC Nation Shorts. While some of these clearly couldn’t be turned into actual series they would serve as great ways to increase the amount of content available and some of them do have potential for great series.

But circling back to the two shows announced with the service, I noted the positives they can bring to the service, but haven’t touched on what they represent in the grand scheme. They represent hope… no no, I kid, they represent the notion that nothing ever truly stays dead in comics. Young Justice was cancelled by Cartoon Network in 2013, more than 4 years ago. While the concept of shows being revived after their deaths aren’t too uncommon in this day and age, most assumed it was a dead end until that faithful announcement last November. And now fans around the globe can begin to countdown to the return of Justice.

On a similar hand, Titans was never cancelled because it was never officially picked up! After being discussed as a potential series for TNT, Titans floundered in development hell before  being officially dropped by the network in 2016, but the idea never went away. And after four years in development hell, it seems like Titans is set to finally be made and seen.

I mention this because there are a lot of DC projects that have either been cancelled or shelved that could see a second life on the new service. Take for instance, the Wonder Woman series that couldn’t get off the ground on the CW, Amazon. If Superman can have Smallville and Batman can have Gotham, Wonder Woman can have an origin series while maintaining a movie franchise, and if the movie is received well it would do wonders (Pun!) to maintain the brand’s momentum.

Or what about Geoff Johns’ pet project, a live-action Blue Beetle series. The origins of the series are a bit iffy to track, but it seems like it has been in development on and off for the better part of a decade. It’s been nearly 7 years since Johns excitedly tweeted about having some test footage of it out. If they couldn’t get a network (believe it was rumored to be SyFy) involved, why not attempt it yourself? A modest budget and episode limit would do wonders for it.

And the list goes on, they’ve tried an Aquaman series, The Spectre, Hourman and so many more over the years.

On the other end though, there are a handful of cancelled DC properties that fans would love to get back. Young Justice wasn’t the only series cancelled by Cartoon Network that year as its companion series, Green Lantern: TAS was canned as well. I, for one, would welcome a return of that show. Later that year, Beware the Batman was also given the ax by the network. While it may not be the most memorable Batman series, fans wouldn’t say no to it.

Live-action doesn’t quite have the same type of graveyard with Constantine being the only recent show that may still have an active fan-base. Will fans be satiated with the new animated series coming to the CW Seed? Maybe not, if anything it may only serve to rekindle that hunger for Matt Ryan in action!

The service is still about a year out and I’m sure many announcements are to come. For now there’s a lot of lingering questions, but the potential gets me excited. I hope that DC Entertainment is able to deliver on this.