Our movie selection process is all over the place at times, but sometimes a shining light leads us to our target film without question. In this case, Aliens: Colonial Marines was released to what we would kindly call lackluster reviews, which meant it was a good time for us to check out what is arguably the worst film in the Aliens franchise, Aliens vs Predators: Requiem.. or so I’ve been told. While I’ve never seen the movie, Swan is apparently a fan, but we do enjoy ruining his memories so we’ll see if we can do it again. 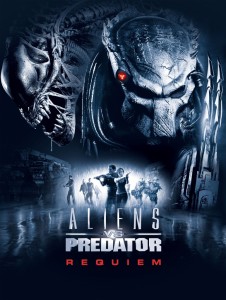 Without further ado, let’s get to the rule!