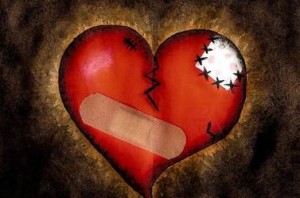 Love is in the air here at Nerds on the Rocks! We are back for the time of the year where you need to find a special someone to spend Valentines day with! So grab your significant other or even just yourself because it is time take take 2 love songs to battle it out! So light the candles and dim the lights capture your heart! OH! and all of your Anti-Valentine people out there don’t worry we are doing something special this time around for you! While we have 2 love songs battled last week. This week is for our Anti-Valentine people, by taking two anti love (break up) songs! So do we have more Valentine Lovers or AntiValentine readers! Only Battle Royale can tell us! Will Love or Hate be our February Champion?

Our first fighter was not written to be about breaking up but I think it is perfect!
All American Rejects – Gives you hell. I know this song was over played and there are probably a lot of better choices out there. This song is upbeat and honestly when you break up with someone a lot of times you hope if they see you later they get jealous or regret the break up, especially if they broke it off with you. “So when you see my face I hope give you hell.” That is exactly how we all have felt at some point. Plus this music video is so cool!

The Challenger
She is from Canada so be easy on here. There is just something about her voice that just rocks and this song is pure 90s. It is a great break up song and something with some power behind it. Alanis Morrissette – You Oughta Know! I am not gonna lie the reason I picked this song is probably because of the recent How I met you Mother episode! This is basically the same theme that you hope the other person thinks about you often. With a powerful voice and some awesome lyrics I think Alanis is gonna pack a tough punch!

So there you have it Anti Love Birds! Pick your song! Be warned it has to Battle Yellow by Coldplay! So if you think a song has the chance to take down love vote!