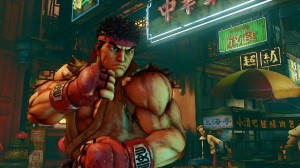 After iterating upon Street Fighter IV for the better part of a decade, Capcom finally took the plunge and released a proper sequel in Street Fighter V. It’s no secret that the highly publicized beta for Street Fighter V was, at best, competent, and at worst, disastrous, leading many fans to anticipate the full release with an understandable level of caution. Was the newest entry in Capcom’s flagship fighting game series worth the wait? Or should it have spent a little more time in the oven? Strange as it may seem, the answer to both of these questions is yes.

With Ultra Street Fighter IV and its staggering roster of 44 characters hardly a distant memory, some might be disappointed to hear that Street Fighter V’s initial roster only contains 16 fighters. 12 of those characters are returning favorites and 4 are brand new to the series. The good news is that, although the roster is somewhat thin, it is well balanced, with each character having a distinctive feel and style of play. In particular, new addition F.A.N.G. and his myriad debilitating poison attacks bring a fearful new element to the series. Adding further to the diversity is the new “V-Gauge” mechanic, which allows characters to perform unique moves (V-Skills) by pressing both medium attacks, or gain temporary ability boosts (V-Triggers) by pressing both heavy attacks to deplete the V-Gauge. 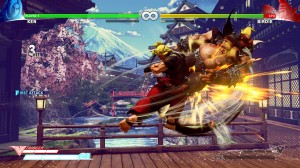 One of the most important aspects of a console fighting game is how it plays online, and while Street Fighter V had a rocky start with frequent server disconnects and the occasional inability to search for rivals, the game runs impressively smoothly once a connection between players has been established. I played many online matches, both ranked and casual, and only experienced noticeable lag a couple of times. I am playing the game on a Playstation 4, but “cross play” matches against PC players have been relatively lag-free as well. Also worth noting is that Battle Lounges (casual match lobbies) only allow two players at the moment, though Capcom says that bigger lobbies that will allow for spectator matches are on the way. I feel confident that Capcom will improve their servers’ stability in the coming days, at which point the online modes should be more than enough to keep players busy.

Being unable to connect to Street Fighter V’s servers really puts a spotlight on just how little content there is in the $60 release. Without online matches or the local versus mode, players are forced to either play through the laughably short Story mode against woefully inept AI, or tackle Survival mode, which allows you to sacrifice points in order to boost your health or various other stats, which kind of defeats the purpose of such a mode. That’s it. There’s no traditional Arcade mode, and you don’t even have the ability to have a standard Versus match against AI – the best you can do is go into Training mode and change the dummy AI. The lack of some of these basic features is shocking, and is a sad reminder that the game is far from finished. 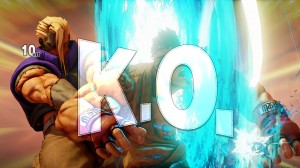 Capcom is promising to release more modes (Challenge, “Cinematic” Story, and an online shop to purchase more fighters and costumes) in a free update this March, but they’re facing the very real possibility of losing players who aren’t patient enough to wait, or who are frustrated by current server issues. Server issues notwithstanding, I can absolutely recommend the game to anyone interested in playing online, but those looking for a more fleshed-out single player experience will be better served waiting for a few significant updates.

Review 5 (out of 7): Street Fighter V plays like a dream… when you actually get a chance to play it. Online matches will provide hours of blistering entertainment, but don’t expect much more than that just yet.