Â Â  The first liveblog of the week announced a new ongoing in the Ultimate Universe, Ultimate Comics: Ultimates by Jonathan Hickman and Esad Ribic. The Ultimates are said to be comprised of Nick Fury, Iron Man, Thor, Spider-Woman, Hulk and others yet to be announced, but Captain America, will not be on the team. The Marvel guys said this book is more or less the “core book” of Ultimate Marvel, as Ultimate Spider-Man originally was. Hickman compared the book to Ultimates 1 & 2, with it being a superhero book, but it will also look at current society. Ultimate Comics: Ultimates is set to be a monthly ongoing title, starting this fall. 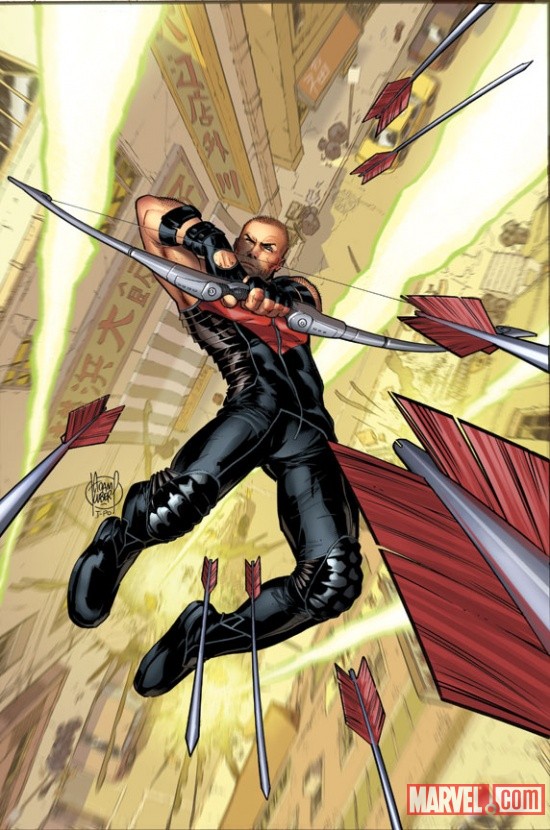 Â Â  The second liveblog of the week announced another new ongoing series titled Ultimate Comics X-Men, by Nick Spencer and Paco Medina. The main cast includes Kitty Pryde, Iceman, Johnny Storm, Rogue & Jimmy Hudson, as well as appearances by Jean Grey, Storm, Colossus, Liz Allan and Nightcrawler. Marvel compared the tone of the book to “Days of Future” past, since the mutant population is extremely low and mutant-human relations are at rock bottom. The revelation about mutants from Ultimate Origins is going to be followed up in the first arc of the book, and obviously things are going to be different from there on. The guys at Marvel also mentioned that since Magneto and Xavier are dead, new ideals will be taken up by the X-Men since those old ones no longer work in a post-Ultimatum world. Ultimate Comics: X-Men is set to launch in September. 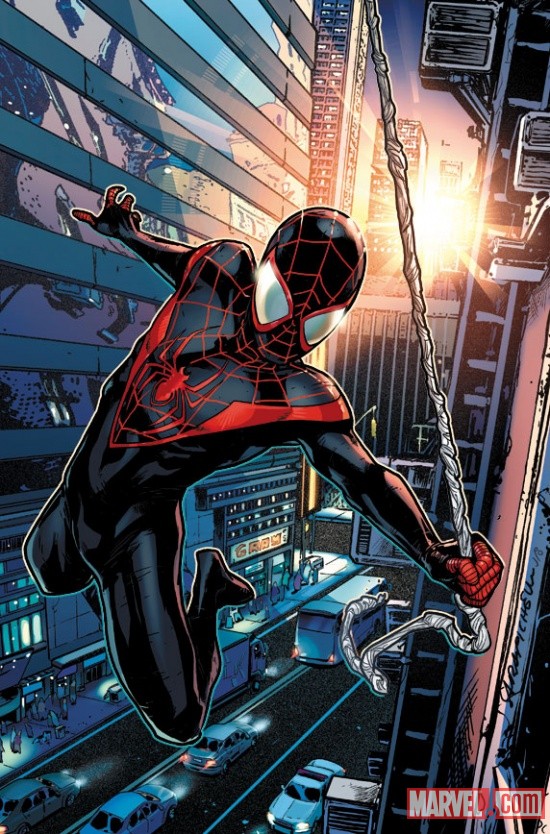 Â Â  The penultimate liveblog announced the first mini-series in this relaunched Ultimate line, Ultimate Comics: Hawkeye by Jonathan Hickman and Rafa Sandoval.Â  It will be a four issue mini set during the first arc of the new Ultimates book, and will also deal with Ultimate Hawkeye’s origins. There’s not a whole lot we know about the book yet, other than that Hawkeye’s costume will be similar to Bryan Hitch’s original design in Ultimates 1, we’ll be seeing appearances by Nick Fury, Hulk and Jean Grey and that the book will affect the Ultimates and the X-Men.

Â Â  The last liveblog of the week announced another relaunch for Ultimate Comics Spider-Man, written by Brian Michael Bendis with art by Sara Pichelli. Bendis has said that Spidey will have new powers in the series, and that we’ll be seeing new and old characters (including the remaining members of the Ultimate Fantastic Four), as well as new and returning villains, and some 616 villains in their Ultimate Universe debuts. B.M.B. has also said that Captain America will have a “big emotional connection to the story”, which explains his absence from the Ultimates. On top of all that, there’s also the fact that there’s someone new wearing the costume, as we learned earlier. Like the other three books, the relaunched Ultimate Comics: Spider-Man launches this fall (September, to be exact).

Â Â  The thing that was mentioned at all four of these liveblogs is how all of the books will feel like a cohesive universe, and will play off of each other, but you can still follow one and not be lost, which sounds pretty cool to me. Another thing that was mentioned in the three liveblogs about the ongoings, is that they’ll be shipping more than twelve issues a year, which leads me to believe that the books will be bi-weekly or something to that affect. As long as the books are good, this sounds fine to me. It looks like the Ultimate Universe is getting its head back in the game. What do you think? Let me know in the comments!