2017 marks 10 years since Warner Bros and DC Comics started creating a series of animated movies that have adapted popular comic stories, taken its spin on a connected universe and created completely original stories. From the original movie, Superman: Doomsday, to the recent action-comedy of Batman and Harley Quinn, DC has crafted many tales with their iconic heroes and villains. With the 10 year anniversary in mind, and the 30th film releasing this week, we thought it would be a good time to reflect on the series and rank the films to date!

30. Superman Unbound – Unbound and uninteresting. The Superman flick has some decent moments with Lois, but the rest of the cast gets the shaft with some dull action to boot. 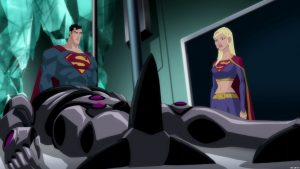 29. Batman Gotham Knight – A compilation of various Batman stories done in a variety of artstyles sounds like an interesting project on paper, but proves to be a slog. As much as we love Kevin, his Batman voice also clashes with the younger Bruce on display. 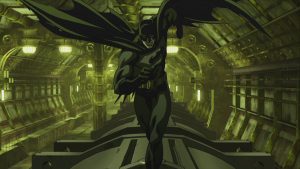 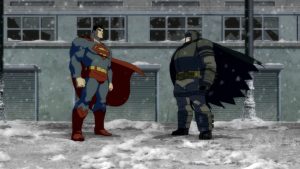 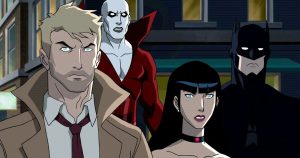 26. Green Lantern: First Flight – A solid if uneventful origin tale for Green Lantern, Hal Jordan. The story is basic, but also a mess at the same time. We get some enjoyable action and nice to see a Lantern using more street-tactics with their ring. 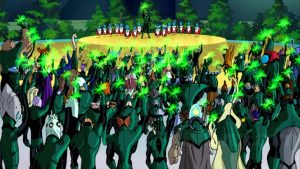 25. Batman: The Killing Joke – As an adaption, the movie is pretty okay. Even if the art is a bit limp. But the added prologue really drags down the movie and takes away a lot of weight from the characters and events that transpire. 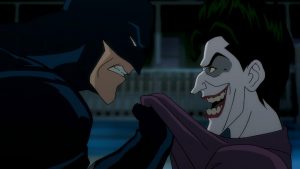 24. Batman and Harley Quinn – A bit of a different flavor as the movie is more comedy than action. It plays well and has some genuine laughs, but ultimately the entire concept was done better with Harlequinade over 20 years ago. 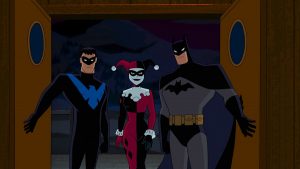 23. Batman vs. Robin – The Damian trilogy is a mixed bag, and the middle chapter is perhaps the weakest entry. That said you do get some solid fights with Batman and Robin and of course the first appearance of the Court of Owls outside of the comics. 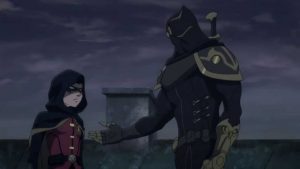 22. Son of Batman – Batman’s spawn makes his animated debut and brings his whole family along for the ride. There’s some questionable content in this movie (some fans can’t get over Damian solo-ing Deathstroke), but it’s a pretty fun movie and offers a new dynamic for the Caped Crusader. 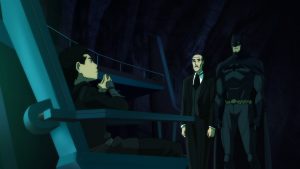 21. Justice League: War – You can be style over substance if you know your style. Justice League War isn’t the heaviest in terms of plotting, but it does nail the big fight feel throughout the majority of its run time. 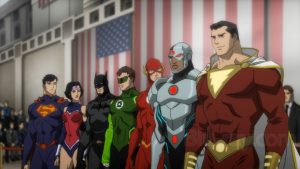