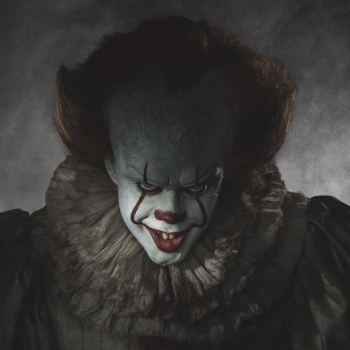 When Stephen King’s 1974 novel “Carrie” was adapted by Brian de Palma in 1976, I doubt the former high school English teacher could have predicted the profound impact his work would have not only on the world of literature, but on television and film. In 2017 alone we have “The Mist”, “Castle Rock”, “The Dark Tower”, and a much-anticipated re-adaptation of “It” – a book (and 1990 ABC miniseries) that ruined the public image of clowns forever. 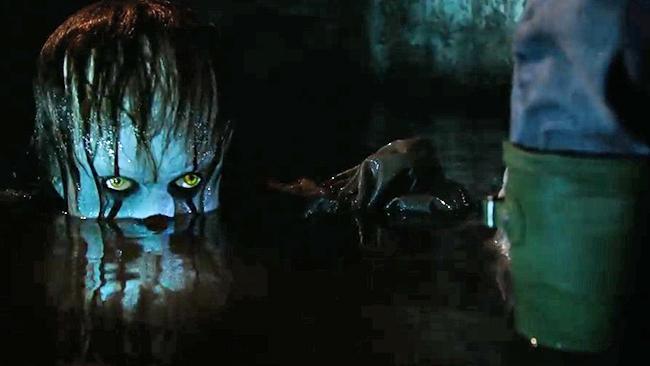 While some horror remakes are looked at as cynical cash grabs, many King fans have embraced Pennywise’s return. For comparison, the Facebook page for September’s other horror remake, “Flatliners”, has under 200,000 likes – the “It” page has over a million more. What gives? The inventive ad campaign that revealed Bill Skarsgård’s reimagined killer clown early on and the immersive LA haunted house definitely fed the hype machine. And although the miniseries is a cultural touchstone for many milennials (and a source for clown-based nightmares), most would agree that Tim Curry’s amazing performance is the main highlight in a retelling of a 1000+ page novel truncated and neutered by network limitations. TL;DR – unlike most remakes (looking at you “Carrie”), “It” is a story that could be better served by a new adaptation.

The film opens with Bill (Jaeden Lieberher) and his younger brother, Georgie, making a paper sailboat during a storm. That MacGuffin leads poor Georgie into the clutches of It and we quickly learn that, while unavoidably echoing the miniseries, 2017’s “It” is not under the same constraints. This is a film where children curse, smoke, get hurt, kill, and die (gruesomely). Months later, Bill and his friends Richie, Eddie, and Stanley link up with Beverly, Ben, and Mike – all seven united in their bully victimization and encounters with the malevolent shape-shifting clown. The Losers Club (as they come to call themselves) battle increasingly-deranged bullies, learn about Derry’s dark history, and use the power of friendship to fight supernatural evil. 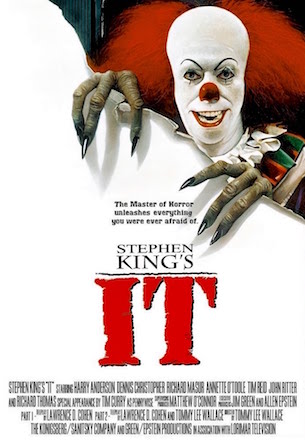 If that last bit sounded kind of sweet, it’s because it is. Despite the limited screentime divided amongst themselves, the young Losers Club cast manage to make their characters distinct and likable. This is no small feat given the lengthy actor roster and a number of plot points and spooky sequences that all must occur in just over two hours. There’s even ample time given to Bill, Bev, and Ben’s love triangle, further enriching the cast dynamics. The Losers’ chemistry (not to mention Ben’s obesity and Richie’s coke bottle frames) reminded me of “Stand By Me”, coincidentally another King adaptation. But while Bill is the lead, “Stranger Things” alum Finn Wolfhard steals every scene as Richie Tozier. His foulmouthed wisecracks made the packed 7 pm showing I saw erupt in laughter. That’s right – “It” has more jokes than you would expect for a movie that opens with a kindergartner being dismembered. Comedy in horror is a tough balancing act, but the kids’ banter works to simultaneously ground the bizarre story, make you root for our heroes in a way many horror films forget to do, and deflate tension between scares.

And what about those scares? Tim Curry’s performance is impossible to beat but Skarsgård’s It oozes menace. When Pennywise attacks I noticed the entire frame being manipulated, as if It was distorting the fabric of reality itself. I can’t wait to see the behind-the-scenes for how they made those sequences genuinely unnerving. Every time It appeared my skin prickled with goosebumps and I was filled with unease knowing the clown wasn’t going to simply vanish after telling a few dad jokes. My main beef with the horror element, however, was the over-reliance on jump scares. The film set up an amazing atmosphere, utilizing some disturbing imagery not often seen in a studio horror flick, but would still fall back on loud music stings or a character unknowingly backing up into something spooky.

When these predictable “boo!” moments occurred I wondered what Cary Fukunaga’s version of the remake might have been. The “True Detective” director was originally tapped to helm the project before Andrés Muschietti took over. While Muschietti’s “Mama” was a decently creepy movie, Fukunaga’s deft skills cannot be denied. Would the Duffer Brothers of  “Stranger Things” fame have delivered a masterpiece if their pitch hadn’t been turned down? Given the Duffer’s tendency for aping rather than homage and the Fukunaga’s script leaks describing drastic changes, we may have gotten the best version of “It”, all things considered.

As a King fan who can recall much more from the novel than the miniseries (aside from the VHS box art that will forever haunt me), overall I was pleased. But despite the R rating, the film still could not fully actualize King’s book. Henry Bowers is a horrible bully but lacks his homophobic, racist, anti-semitic animosity. The now-infamous tween orgy that occurs in the finale is also excised for obvious reasons. My hopes for seeing the Universal monsters from the novel re-imagined as 80s icons such as Jason or Freddy were dashed. Unexpectedly, Bev’s slingshot skills are also gone. There is also no teaser for Chapter 2, but that is unsurprising as there is no cast or script. Will it open with a gay hate crime like the novel? Will we meet the giant cosmic turtle?

As the film looks poised to tear up the box office after a dismal summer, I hope this clues in execs on King’s potential 41 years after his first film adaptation. While some screen translations such as “The Shining” and “The Shawshank Redemption” are classics in their own right, many King works have unfortunately been turned into direct-to-video fodder. This recent release should signal to an industry hungry for content and “cinematic universes” that King’s catalog, when paired with the right creative team, can deliver both critical and commercial success. Stephen King (still) rules.

Review 6 (out of 7) – 27 years after traumatizing a generation on the small screen, Pennywise returns to feed on fear (and children) in theaters worldwide in all his R rated glory. Amazing cast with a surprising amount of laughs and scares. “It” delivers.