We’re set to ring in the New Year in just a few hours and 2017 has been… a year. With that said, like everyone else I like to celebrate the year that was by sharing some of my favorite things. Think of me like Oprah for nerds! So buckle up!

Favorite Video Game: Super Mario Odyssey – We all play games for a plethora of reasons, the worlds. the characters, the stories and the list goes on and on. But to me only one game stood as a shining example of why I love video games this year.

Super Mario Odyssey could best be summed up as a compilation of the best of the Super Mario franchise. Drawing inspirations from Super Mario 64/Sunshine to build it’s giant sandboxes of worlds. Borrowing from the Super Mario Galaxy’s tendencies to surprise around every turn. To pay homage to Mario’s roots in one of the greatest moments in gaming in New Donk City. To allows fans to play dress up that pulled from over 30 years of costumes. Above all else, it blended everything together to make the most fun game to release this year. The one with the tightest controls and best maneuverability. Great music. Stunning environments. Overall 2017’s best package. 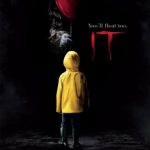 Favorite Movie: It – I’ll be honest, I’ve never seen the original TV series so I wasn’t sure what I expected when I walked into the theater. While many would suggest that it isn’t the scariest or most threatening movie of the year, it had the most heart. The Losers were the most likable group of characters this year, all with their own flaws and fears but stronger together.

The kids helped bring the movie to life, but Pennywise being a frightening manifestation of their fears and appearing only when needed help create a great atmosphere and momentum for the flick.

Favorite TV Series: The Good Place – This was a tough category. There were many great shows, but when I think of the show that stayed with me throughout the year, one came to mind. 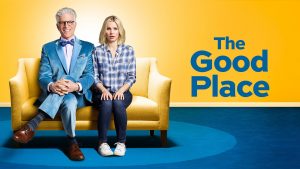 While the bulk of season 1 aired in 2016, the show’s biggest surprises were saved for early 2017. Even after that though, season 2 has managed to continue to surprise us, delight us and most importantly made us laugh in a year where we needed it. 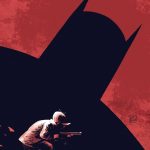 Favorite Comic: Batman/Elmer Fudd – I think there were better comic series/arcs this year, but for the grand experiment that somehow the world of DC Comics and Looney Tunes could work together, no finer example exists.

On paper, this shouldn’t have worked. Not only did it work, it proved to be a moving tale of romance, violence and betrayal while still keeping in line with the characters and world unique to these two properties. Beautifully drawn and soulfully written.

Favorite New Property: Get Out – Another tough one, especially since I don’t know if it is a “property” in the traditional sense of the word, but Jordan Peele’s directorial debut was the most important movie of the year. Not only for its social community, but how it has weaved its way through our collective conscious. The “sunken place” will now become a hallmark of many discussion, and “Get out!” a call for many in troubling situations.

It only widely blasted past expectations at the box office.

Favorite “Bad” Movie: Death Note – Netflix offered some tough competition in this category, but Death Note wins it by a hair by just being a bit extra. Sure it’s a complete betrayal of the original anime series, and the acting is poor. But damn if it’s insanity doesn’t keep you glued to the screen for the entire run-time. The biggest disappointment of 2017 was Netflix not automatically announcing a sequel to the film.

Favorite Scene/Sequence of 2017: Wonder Woman’s No Man’s Land – I couldn’t end 2017 without giving props one final time to one of the finest scenes of heroics on the big screen in decades. The scene came at the perfect time in the movie, just when you begin to question when Wonder Woman would show up on-screen in her full attire. Just when she was first shown the horrors of man’s war for the first time. Just when all seemed hopeless. As she pleads with Steve to help those that can’t help themselves and he says it’s not their mission, she utters the words that kick-off that sequence, “No. But it’s what I’m going to do.” Then began a beautiful sequence of heroics with a fantastic mix of slo-mo and a soaring score.