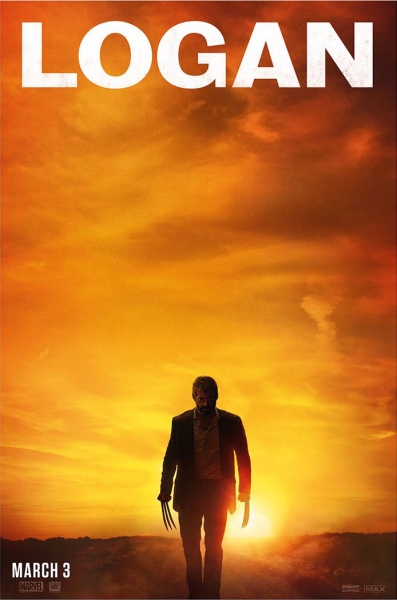 To many, it may seem like a small facet of the film, but to me it spoke so much as to what made the movie special. We’ve been getting comic book movies on and off for the past 50 years. And in that time, only two actors have been able to “retire” their roles Christian Bale as Bruce Wayne/Batman in Christopher Nolan’s trilogy and Hugh Jackman as Wolverine/the titular “Logan” from the Fox X-Men films/universe.

The little factoid isn’t too important in the grand scheme of things especially since these characters live on in different actors/interpretations. But watching Logan put Jackman’s Wolverine to bed, it dawned on me this is one of the first time a comic book character was able to grow and mature outside of the pages of comics… to a degree.

The last time we saw Wolverine in the current-day was at the end of X-Men: Days of Future Past where he had reset the X-Men universe so that Scott and Jean were alive and Logan still taught at the academy. When we meet him in “Logan”, it has been a few years since his last adventure as an X-Men. So we do miss out on him naturally aging, but we do get to see the results.

Logan is beat-up. His powers are failing him as he is no longer able to heal as quickly or efficiently, his body is covered in scars. Mostly important, his eyesight is failing him so he eventually has to take up wearing glasses. Now as a native glass-wearer myself, I know how vital they are for a functional day (trust me, I’d of no use to anyone without em), but they still have a stigma of being a bit dorky/nerdy. In other words, it’s one of those accessories you put on your character only if you want to make them seem uncool.

Not only do they put Wolverine in them, he ends up wearing them for about half the movie. Now I’m not quite sure what happens to them, and I do think with their disappearance the movie loses some of its momentum, but still he had them on far longer than most superheroes.

But back to the matter at hand, the glasses and scars represented something we so rarely get to see outside of the pages of comics, a character maturing and aging and losing a bit of their luster as a hero. TV, movies, video games, you name it and there have been but a few examples of any real status quo change for a hero and their universe. And fewer still have had the guts to make their hero, an older, grumpier, almost selfish creature. The only other example I could really think of is Batman Beyond, but even that was a series that had time to examine Bruce and Terry’s dynamic.

By framing this movie around Logan’s final days, we are treated to a rare comic book movie that feels different than anything else in the genre and really examines the character and the world around him. For the most part, like I said when he loses the glasses the movie loses momentum as it stumbles through a 3rd act that seems out of place in the film, but delivers on the heroics we expect from the genre.

That said, if you haven’t seen Logan it remains one of the best films of 2017 and one of the finest comic book movies of the past decade.