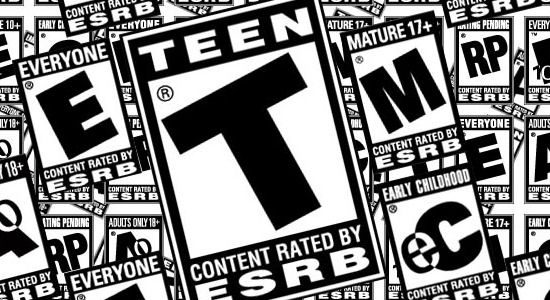 What are your thoughts on rating systems? Do you think we should establish a universal one or does each entertainment field need its own?

In this case, I’m going to assume that “rating systems” is referring to age suitability and not how much someone likes or dislikes something. In examining the standard operating method of the MPAA, FCC, Marvel/DC Comics, ESRB and PEGI, I would have to say that I respect what these organizations are trying to accomplish. I say “respect” and not “endorse” because I think that these systems are ultimately a waste of time and money. The reason for this admittedly strong opinion is simple: these systems are rarely reinforced on-the-ground and have a habit of limiting availability of content in certain areas of the world.

As a former Blockbuster employee, I can attest that these ratings don’t do much to deter certain age groups from buying inappropriate content. I don’t say that as an admission of retail clerk ineptitude, but rather that parents are ultimately the decisions makers at the cash register and too few of them are smart/responsible enough to look after their child’s best interest. I can’t tell you how many times I had to explain to a parent why a ten year old shouldn’t watch the Saw movies and probably shouldn’t play Grand Theft Auto. Unless, you know, they like the idea of their child playing a game in which they can kill hookers, run over civilians, and steal school buses. Alas, too many parents just don’t give a damn.

I should mention that I’m not of the belief that violent or sexual media does anything detrimental to child’s psyche – providing they aren’t already emotionally unstable. Try and tell that to the government of Australia (which is looking more and more like Nazi Germany with every passing year, and I don’t say that lightly). As any Australian will tell you, it is near impossible to buy an M-rated game, watch an 18+ movie, or read a comic book with socialist undertones. This likely wouldn’t be a problem if the rating boards themselves didn’t exist to apply age restrictions on media.

That said, if we were to maintain these rating systems, I don’t think it would be wise to abolish the separate entities in order to establish a universal one. Disregarding the fact that this would never happen, as certain entities like the FCC are national and hold no grounds outside of the United States, each respective rating system at least understands its own field. I doubt any universal body would understand every medium well enough to properly assign ratings, and they certainly wouldn’t have to capacity to do everything on their own. There is just too much released every day in every field to cover that kind of ground.

As far as I’m concerned, we’re stuck with things the way they are now. That isn’t a bad thing, it just isn’t terribly effective either.