Another year, another October, another Countdown to Halloween.

I can’t believe anything on this site has actually hit it’s “6th Annual” benchmark, but here we are for the 6th year in a row doing “Beers n Fears” our ode to delicious beer and gruesome deaths. 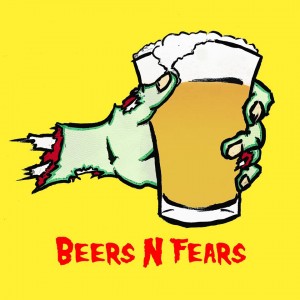 For this year’s “Beers n Fears,” we’re taking it back to the past to make it the present. In recent years, there has been an influx of horror films/franchises being remade or rebooted. The classic trilogy of slashers has seen “new” life in the past decade with attempts at reboots and remakes of Friday the 13th, Halloween and Nightmare on Elm St. One-off films have been given the 21st century rub with House of Wax, My Bloody Valentine and more seeing remakes.

In total Wiki has over 100 horror movie remakes and reboots to choose from. We picked out the best of the worst to highlight over the next few weeks for 151 Proof Movies, but we’re not stopping there!

Mr. Alarm will be back, after the success of his Kaiju Kommentary and seasonal slashers, he will be checking out one of the biggest horror franchises of the past decade in the Saw-series.

Trent will be going a bit more low-key checking out horror films available for streaming. Get your mousepad ready!

We will also post a handful of Halloween specials as part of “Flashback Saturday,” drinking some delicious pumpkin ale and of course sharing some of our favorite scares.