Batman The Animated Series and I 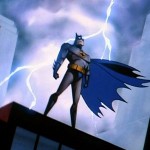 Batman: The Animated Series. What is there to say about the show that you don’t already know? We absolutely love the show here on the site. It has been our featured theme at least 3 different times, and it is currently the main poll on the site.

With the show turning 20 in just about a week, we wanted to offer up some content to celebrate such a magnificent piece of television history. The problem is doing something new and exciting for the show. On that end, we will be giving it the Nerds on the Rocks treatment including a special edition of NoTR next Friday, and a 151 Proof Animation for the show this week. In addition to that, there will be lists and all that fun jazz.

That stuff is all in the future though. If you noticed the headline of this article though, you would notice that it reads Batman and I, and I wanted to try something different for this show. Instead of dressing it up a bit with fancy articles and pictures, I just wanted to share my personal thoughts and history with the show.

Now here’s the funny thing, for a show that has touched my life so much… for a show I easily declare the greatest animated series of all-time, I honestly don’t remember my first experience with it.To be fair, I was only 7 when this show premiered and at the time it wasn’t a big deal to me. Sure, I remember watching the odd episode here and there, but it really wasn’t until it was paired with the FoxKids afternoon block that it really became a part of my life. I’m sure you all remember the block it featured the likes of this show, Mighty Morphin Power Rangers, Spider-man TAS, X-men TAS and Bobby’s World.. yes one of those things is not like the other.

Even then the show’s greatness escaped me. Sure, I loved the show.. I loved most shows on the block, but if you were to ask me back then it was all about the Power Rangers. The show continued to air during that block even when it went into constant repeats for a number of years. Eventually though, the show was moved over to The WB to air alongside Superman: The Animated Series. With a network change came several other changes including the look of the characters.

More importantly, Batman’s world began to open up. I remember the build-up and anticipation I had when they started promoting the World’s Finest crossover. Batman and Superman together, this was going to be amazing. I honestly can’t remember what I thought of it back then, but my opinion is kind of lukewarm on it these days. 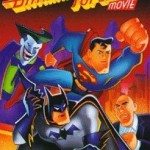 Then came Batman Beyond. I remember being excited for the prime-time premiere. I watched it… I’ll admit with a notion to hate it… and really didn’t care for it. I left the Timmverse with that show.

Years would pass before I re-visited the universe, it was actually during the sophmore season of Justice League during my freshman year of college. I remember fondly spending early Saturday nights watching new episodes with my dorm-mates before the evening festivities.

It was during this period, and we all kind of go through it, where you get nostalgic for the things you grew up with. So being the good boy that I was, I “acquired” every episode of Batman: The Animated Series and decided to re-watch with friends. Now these things usually go one of two ways, you either realize you had awful taste as a kid and things didn’t age as well or you find that you enjoy it just as much as when you were a kid.

Batman: The Animated Series was one of those rare products that actually improved with age. One of the charms, and the reason the show has lasted in our memories for so long, was it was an intelligently written and directed show. It didn’t just cater to kids, but to everyone. And once I watched the show a bit older and maybe a bit wiser, a lot of the subtle moments became clear, some of the more emotional and psychological complex characters began to click and the animation style held up remarkably well. I didn’t just re-discover Batman: The Animated Series, I fell in love with it.

A love affair that has persisted for nearly a decade now. Almost every year or so, I have the urge to re-watch the 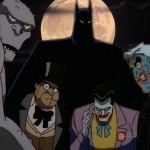 show and it continues to surprise me each and every time with how well-made it was. How cleverly layered the writing was. And how so much of the show is the basis of my knowledge for all things Batman.

I know I’m not the only one in my generation who believes that Kevin Conroy IS Batman. I love Bale, Keaton, I like Kilmer and West, but none of them will ever surpass Conroy as MY Batman. I even read the comics in his voice. Mark Hamill has an amazing turn as the Joker, though to be fair, I think Ledger’s performance is also remarkably iconic.

It extends beyond the voice work though. Does anyone remember what Mr. Freeze’s origins were before the series? Can you imagine the Joker with Harley Quinn? The Riddler became sinister.. The Penguin a shrewd businessman and how many redesigns could the Scarecrow get?

There have been Batman shows since (including the beloved Brave and the Bold), there will be Batman shows in the future (we’re already gearing up for Beware the Batman), but to me and many, nothing will ever compare to Batman: The Animated Series. One of the all-time great TV series.

Here’s to 20 years and being forever linked to the world!