We’re getting into the cream of the crop of Batman episodes!

35. “Clayface of Tragedy” (The Batman) – I’ve noted before how Ethan Bennett’s turn into Clayface is one of the strongest arcs throughout the run of “The Batman” and it all begins here when he is finally turned into Clayface. He becomes a haunting presence to The Joker, while Bruce tries his best to save his friend. It makes for an emotional conclusion to the show’s rookie season. 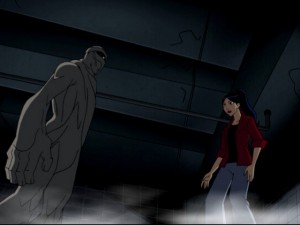 34. “Attraction” (Beware the Batman) – Can love blossom on the battlefield? Due to confusing compassion with passion, Magpie believes that Batman has a thing for her, and becomes jealous when she sees him partnering up with another female. While Magpie may be a bit bonkers, she is a skilled fighter and it is fun to watch her and Katana go at it while Batman attempts to persuade Magpie that he does care about her, just not in that way. 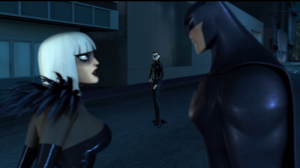 33. “Out of the Past” (Batman Beyond) – There are messed up ways to seek vengeance and then there’s this episode. Ra’s Al Ghul takes some rather creepy methods to keep his immortal message going, and Bruce has to deal with lost love returning to his life. 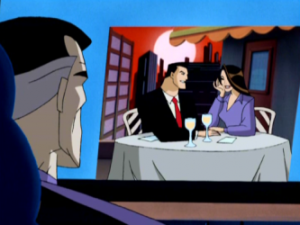 32. “Meltdown” (Batman Beyond) – The creators behind Batman TAS and Batman Beyond weave a compelling web for Mr. Freeze. It would make sense that he outlives many of his fellow rogues, and it would make sense that a man with no real body doesn’t age. So when he re-appears in the future, it makes you all the more curious as to what’s about to go down. We’ve seen it before, but someone else (Blight in this case) using Mr. Freeze’s condition for their own personal gain. And as always, it doesn’t necessarily turn out well. 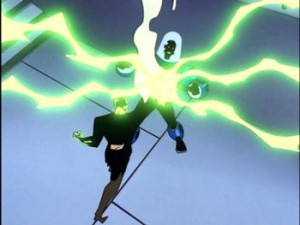 31. “Trial” (Batman: The Animated Series) – Is Batman the cause or the effect of the rise of supercriminals in Gotham? That has always been a question that hung over the Dark Knight’s head to citizens. So much so that the new District Attorney wants to try Batman, and she gets her chance… in the court of Arkham Asylum. It’s fun seeing all the rogues together, and seeing the DA attempt to defend Batman. 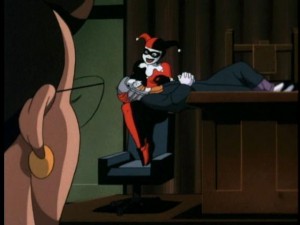 30. “I Am The Night” (Batman: The Animated Series) – Why does a man like Batman continue to do what he does? Does it all ever wear on him? Exploring the theme of a battered and weary Batman is different for most interpretations of the character, but offers rare insight into the psyche of the character beyond seeking justice for his parents. It is helped that the episode is framed around the injury to Batman’s pseudo-dad in James Gordon. 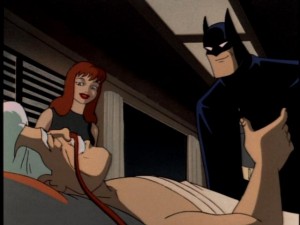 29. “Beware The Gray Ghost” (Batman: The Animated Series) – It’s easy to forget that Bruce Wayne had a normal life before the death of his parents, twas it is great to get a rare glimpse into his childhood and the things he was into. It’s even sweeter that his childhood icon was played by TV’s first Batman, Adam West. Nostalgia alone wouldn’t carry this episode though as it offers up a nice little plot about a fan gone too far. 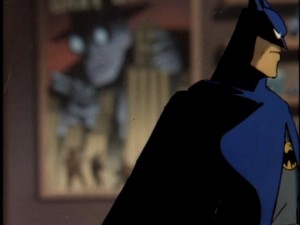 28. “P.O.V” (Batman: The Animated Series) – Part of Batman’s mystic is his “urban legend” status, which he needs to preserve to strike fear into his foes, but it is also something that the police has to go through. POV gives us insight into their views on the Batman by examining one of his adventures through the eyes of a rookie cop, an optimist and one who believes Batman is a menace to Gotham. It’s a wonder to behold how the same actions play out depending on your view. 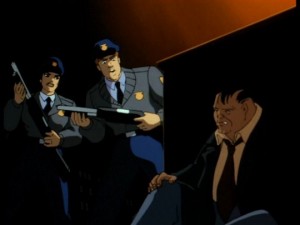 27. “Night and the City” (The Batman) – The only thing scarier than the villains working together for a common goal is villains waging war against each other for a common goal. The Joker, Riddler and The Penguin seek to gain control of Gotham, and to declare the true kingpin of crime set up a game to capture The Batman. Betrayals and chaos spread throughout the episode. 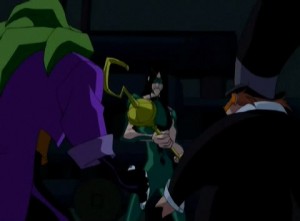 26. “The Forgotten” (Batman: The Animated Series) – I’ll be honest I never understood why I loved this episode, but I do. I think the idea of a story focusing more on Bruce and less on Batman, and the underlying responsibility that drives him intrigues me. Being done in a completely untraditional Batman setting (there’s no real supervillain or mobsters to be found here) helps. And to add a sparkle of humor you have the great scenes between Alfred and the Batplane. 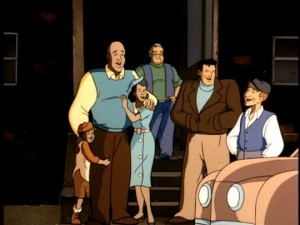