Our countdown keeps on rocking, half way through with entries 36-45!

45. “Once Burned” (Batman Beyond) – One of the basic stories of the Batman universe is that of him and his love of criminals. The Batman/Catwoman dynamic has existed in comics for decades so it is only fitting that Terry gets his own. In this case, Ten of the Royal Flush gang, and much like Batman/Catwoman there exists a dynamic they share both in and out of costume. This episode sees Ten return to Gotham after betraying Batman and leaving Terry and seeing where they all fit now. 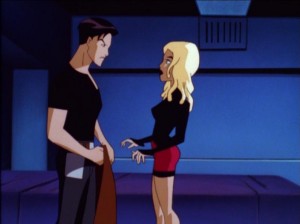 44. “Reckoning” (Beware The Batman) – In order to create the ultimate distraction for The Dark Knight, Ra’s unleashes his foes from Arkham and puts a bounty on his head. The odds seem stacked against Batman, but villains can’t be trusted. While the premise is fun, it’s really seeing the villains turn on each other and attempt to one-up each other in order to capture Batman that becomes the real highlight of this episode. 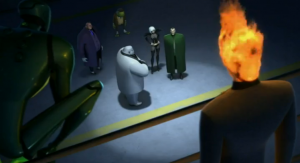 43. “Alone” (Beware the Batman) – The finale (?) of Beware the Batman brings all players into the forefront as Harvey Dent finally snaps, Deathstroke attempts to become Alfred’s prodigal student, and Batman’s ragtag team of heroes become a bunch of Outsiders. The action is the star of this episode. 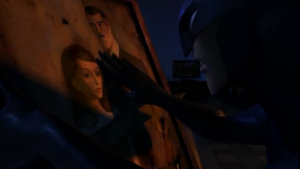 42. “Mitefall” (Batman: The Brave and the Bold) – The final episode of Batman: The Brave and the Bold is everything you come to love about the show wrapped up into a single 22 minutes. It has fun exchanges, goofy action and a love of the campier elements of Batman, Bat-mite for example. While at the same time showing a genuine heart for the character and its fans. It even ends on the most evil teaser, we hope! 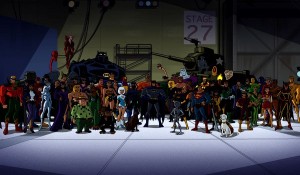 41. “Judgment Day” (The New Batman Adventures) – BTAS was always good at evolving and examining the villain’s plight. If Harvey Dent was able to splinter into two distinct personalities, why couldn’t a new personality emerge as well? The Judge serves as an interesting foil to Two-Face and his operations and even leaves Batman confused until the disturbing finale. 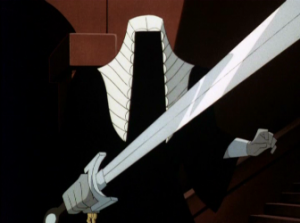 40. “Chemistry” (The New Batman Adventures) – One of my personal favorite type of Batman stories is any that shows that there is a chance that he can find happiness and live a normal life. It’s just that the city keeps on taking that away from him. In this episode, he meets Susan Maguire, and falls in love with her rather quickly. They plan to get married, and he would return the Cape and the Cowl. Not everything is on the up and up though, and it leaves you feeling for Bruce by the end. 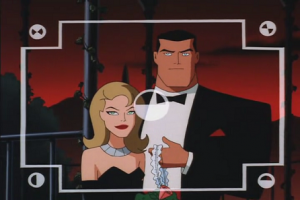 38. “The Call” (Batman Beyond) – One of the better things about jumping way into the future is you’re able to update us on all manners of characters. “The Call” is the first episode to feature the future incarnation of the Justice League, and we get to see how the team has evolved over the years. It also gives us insight into the Clark/Bruce friendship and a new (old) threat. 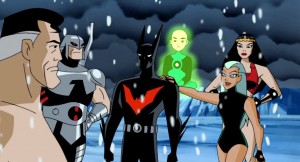 37. Harley’s Holiday (Batman: The Animated Series) – The thing about being an ex-criminal is that people treat you like a criminal and you are expected to be treated as a criminal. Now imagine if it was all one big misunderstanding? Harley goes on a wild adventure as she attempts to remain clean, but one thing leads to another, and it just goes bonkers. 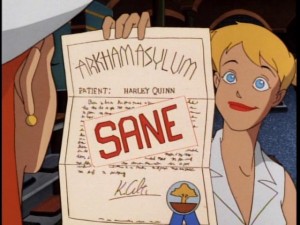 36. “Second Chance” (Batman: The Animated Series) – BTAS really focused on the villains and giving them sympathetic origins. To follow up on that, a lot of the villains had potential redemption arcs, and it didn’t always work. Two-Face was a friend of Bruce Wayne/Batman before his accident so Batman worked double hard in seeing his friend getting help, and it seems to have gone well. Until an element in Gotham attempts to get him to go wrong once more, and this episode will leave you guessing who is playing the strings. 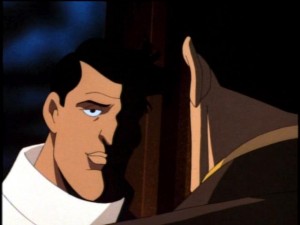