I didn’t know what to call this list. Originally was going to say “Best” but that implies a certain level of quality which just isn’t there across the board for these films. Even “watchable” implies something different than what this list is. I’m here today to share 7 Video Game movies that you can watch and be entertained by whether its due to the film’s quality or the film’s cheese, there’s something to love. 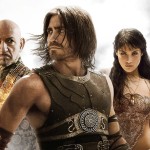 7. Prince of Persia – This is the “best” movie on this list as its well-made, has a very talented cast (including the beautiful Gemma Arterton), decent enough plot, an actual budget behind it, some nice effects. I mean there’s really not much that isn’t at least passable in this film. I can’t explain why it sometimes feels like a chore to watch, but other times extremely valuable time.

6. Tomb Raider – I mean if nothing else, one should watch this movie to hear Daniel Craig’s awful American accent. And see how tiny he was before the Bond franchise. Aside from that, this is a fun little action-adventure film. Angelina Jolie works well in the role as she oozes sexuality, and the movie has fun with the world-travelling and insane puzzles. It’s a good time. 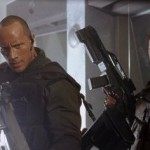 4. Tekken– Of all the movies on this list, I feel like Tekken is the most “Guilty pleasure” of them all because when I try to think about what makes it great, nothing really comes to mind, but it is highly entertaining and a blast to watch from start to finish. Perhaps, it is the movie’s dedication to the design and look of the characters,which really doesn’t translate that well to the big-screen or the kick-ass action or the fact that I was drunk off my arse the first time I watched it, but I do recommend the film! 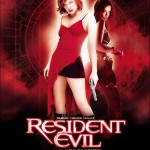 3. Resident Evil – I’m not going to pick a specific movie (though it would be from the first 3), but the Resident Evil films over the past decade have done a great job of carving out their own little place in the universe of the franchise. And while continued efforts to bring elements of the games into the movies sometimes derail their overall quality, I must applaud them because there is still very little like it on the market. Worth checking out for the action/horror mash-up.

2. Mortal Kombat – Often times considered the “best” video game movie for doing a “terrific” job of blending the elements of the games into a movie that actually kind of makes sense and is enjoyable, Mortal Kombat has always been an easy suggestion to make as far as checking out a film.

1. Street Fighter: The Movie – This isn’t a “Good” movie by any means. But this is an “Entertaining” movie for sure. I’ve seen it a handful of times and I just find new things to laugh and quote from this film. It is simply over the top, cheesy and a bit hammy at times, but it works when you put distance between its release and now. Infinitely quotable, silly action setpieces and Bison make this film worth seeing.

There you have it. 7 video game movies worth your time even if they aren’t going to win any awards. And if you want, we have drinking games available for almost every film on this list on this very website!