Yes, we are doing a Top 7, not 5 or 10 or any other “clean” number. What is the reason for this? Well, there isn’t really one. Often 5 can be not enough and 10 too many, but really we just wanted to do something slightly different. And really, what makes 5 or 10 better than 7 anyway? Before we get to the actual list, a couple notes…

Qualifications: If you follow my articles and reviews on the site, or even just listen to Dual Wielding, you how I skew when it comes to Game of the Year time. For those less familiar with my thinking, I look at game awards much the way the Oscars do (theoretically) to Best Picture. In other words, games that come as a complete package of what is possible in the medium, that introduce something new, or otherwise push the entire medium forward. For games in particular, this means that games that are centered completely around gameplay for the simple goal of “fun” are not considered. That doesn’t mean these games aren’t excellent games (I’m looking at you, Super Mario 3D Land), but rather those games are the equivalent of the summer blockbuster in film and do not push the medium’s boundaries from an artistic perspective. Fun is great, but I do not think it is an adequate barometer when discussing Game of the Year; I want to see games that use the medium’s inherent point of differentiation (interactivity) in a meaningful way.

The Asterisk: You will not see a few strong GOTY candidates on this list for a very simple reason: I did not get a chance to play them. As you probably know, this site is 100% volunteers, meaning we don’t get paid to play games all day. Having to squeeze all the year’s games into our small amount of free time means it is impossible to cover everything fairly. Because of this, I simply cannot offer a fair opinion on three games that, based on the reaction of those around me and my extremely limited play time (<10 minutes each), probably would’ve had a good shot making the list: Uncharted 3, The Legend of Zelda: Skyward Sword, and Assassin’s Creed: Revelations. There will come a time when I will have finally gotten a chance to play all these great games and my list will probably change; unfortunately, that will not be in time for the GOTY discussion. Sorry guys! For what it’s worth, I don’t think they’d beat out the top 2. But, who knows for sure. And now, the list… 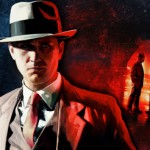 7) LA Noire–Probably my GOTY favorite coming into 2011 (at least after Mass Effect 3 got delayed) LA Noire is going to be a controversial inclusion on this list. The game had numerous flaws, but I think it’s virtues far outweigh any of them. As Earl noted in his list, LA Noire will probably be looked back on as the most important game of 2011, if not the entire console generation. Chief among the reasons is the groundbreaking face tech that NEEDS to be in all story-driven games going forward, even if it’s use as a gameplay mechanic was far from perfect. The 1940s vibe was hit out of the park, as was the stunning recreation of Los Angeles, including many of the issues that were so important in the era. It’s flaws keep it from topping this list, but there is no way I could leave it out completely. 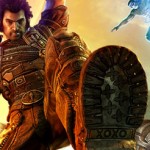 6) Bulletstorm–Likely to be another controversial inclusion on this list for those who dismiss it as another derivative and profanity-laden shooter. The truth is that Bulletstorm is a phenomenal and complete package. It’s mechanics are the freshest wrinkle we’ve seen in FPSes in a long time and keeps the gameplay fresh and innovative throughout, encouraging the player to instill his own flavor on the action. The story degenerates into cheesy archetypes by the end, but it starts out strong in an interesting sci-fi universe with characters that are refreshingly more than skin-deep caricatures. I can almost guarantee this game won’t make anyone else’s list, but it does a lot of things extremely well, very few things poorly, and despite its early release has stood out as one of this year’s gems. 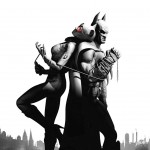 5) Batman: Arkham City–This game draws very conflicting emotions from me. On the one hand, it’s a phenomenal game that does a great job of making the player feel like they are the legendary Caped Crusader. The best hand-to-hand combat system in the biz has been improved, and Rocksteady found a way to include just about every major member of the Bat’s expansive rogues gallery and even managed to weave a tale through them that is actually quite good, despite the ridiculous premise. Catwoman is even playable in her own story episodes that have been seamlessly woven into the narrative. However, it also destroys or ignores many aspects that made Arkham Asylum so special. Chief among these is Asylum‘s superb pacing, which has been totally ruined in large part because of City‘s open-world approach. The environments in City are also drab and monotonous compared to Asylum‘s vivid and varied areas, not to mention the various problems I have with the Arkham City setting in general. And despite the open world, the secrets to discover are not nearly as interesting or well-executed (no BioShock-esque and background-laden audiotapes or clever Easter eggs to scan). In short, City owns most of its successful attributes to improvements on things that Asylum established, and in areas where it tries to differentiate itself it falls flat. That being said, there are still a lot of great things to say about this game, and if not for it’s illustrious predecessor’s intimidating shadow, I may have been more impressed by it. 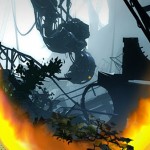 4) Portal 2–I don’t know what they put in the water over at Valve, but they truly make games unlike any other. Like many, I was skeptical that a $10 experiment could truly morph into a full-priced boxed product, but Portal 2 is an experience that fully justifies the entry fee. Despite only one human character having any dialogue in the entire production, the dialogue is among the best-written in any game ever. The story is clever with its little twists and turns, and, in another gaming rarity, has several moments that induce genuine laughter. The puzzle-based gameplay has been expanded well beyond the sterile test chambers so that the mechanics have been shown to work in far more complex circumstances. And to think, all this is done with the player’s only weapon being a non-lethal gun that shoots only two ends of the same portal. 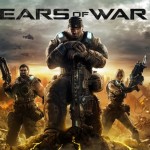 3) Gears of War 3–I’ve got to admit, despite being a huge Gears of War fan, I did not expect to be listing it this high on my Game of the Year ballot. The Gears series has been great when it comes to making shooting ugly monsters with roided-out soldiers fun; the third installment is the first time that doing all this has felt meaningful. Epic tried being more serious in GoW2 with the subplot of Dom and his wife Maria, but the whole time it felt trite and forced. Gears of War 3, on the other hand, does a truly remarkable job of capturing the oscillating emotions this beat-up group has gone through. The writing, though still filled with cheesy one-liners, is finally respectable and at times very good. It should not be surprising that the gameplay and level design is top-notch throughout; what is surprising is how well the team at Epic has framed its struggle, expanded the cast and gone deeper into their relationships, and wrapped it all in an adventure that has somehow exceeded every possible expectation going in. Gears 1 and 2 were pretty good games in their own right, but 3 stands on a platform of its own within the series. 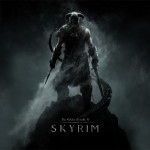 2) Skyrim–I’m fully expecting the fifth Elder Scrolls game to clean house in most of the insdustry’s major awards, and for good reason. Though Skyrim certainly has some critical flaws when it comes to its dated storytelling, dialogue, and dramatic presentation in general, it more than makes up for this with everything else. Skyrim is the quintessential open-world game, and every emphasis should be placed on the word “world.” The detail is staggering throughout and Bethesda’s wide-open approach to game design is certainly one it has mastered. Skyrim captures everything one could ask for in an open-world fantasy RPG. This is truly a game where the player’s experience can be literally anything he/she wants it to be, and there is something to be said of that. Did I mention there are dragons? Infinite dragons? 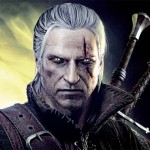 1) The Witcher 2–It was very hard to choose between The Witcher 2 and Skyrim, the two games I considered to be far above any other contenders this year (it also didn’t help that both were fantasy RPGs). The tipping point for me was that even though Skyrim had the more awe-inspiring world that took the “craft your own experience” to new extremes, The Witcher 2 was easily the better example of interactive narrative. The world, and the gameplay, is every bit as rich and detailed as Skyrim’s, even if much of that is not forced down your throat. The Assassin’s Creed-like combat is, in my opinion, more interesting and engaging that Skyrim’s, and when it comes to things like characterization and dialogue, Bethesda isn’t even in the same area code as CDProjekt RED. But what truly elevates The Witcher 2 is a branching narrative that allows the story to be impacted by the player’s choices in a way that even BioWare must be impressed by. The entire back 2/3 of the game plays out entirely differently depending on what the player does in the first act. It is truly an impressive feat and captures the possibilities of interactivity in storytelling without diluting it into unfocused narrative. Unfortunately, I would not be surprised to learn that nobody else at Nerds on the Rocks even played this game this year, and that speaks nothing of the general gaming populace. I can only hope that problem improves when The Witcher 2 hits a console platform next year; in the meantime, it has most definitely earned its place as my 2011 Game of the Year.