In 2007, DC decided to invest in original animated projects for direct release on home media. In the 6 years since the start of the program, we have had 17 featured films (18 depending on if you count The Dark Knight Returns Part 1/2 as a split release), with the most recent being Justice League: The Flashpoint Paradox. With that in mind, we thought it was time to examine the best of the best.

Just as a note, since this is only dealing with what DC has dubbed the “DC Universe Animated” line, films like Batman: Mask of the Phantasm and Batman Beyond: Return of the Joker are not included in the list.

With that said, let’s get our countdown on!

7) Justice League: Crisis on Two Earths – One of the last original films released, was a retrofitted script for a Justice League/Unlimited film. A lot of the core of the series can be seen in this film, but that’s not why it is on the list. The dynamic between the League and the Syndicate especially in relations to Batman and Owlman is curious to watch. It has its dark moments especially during the climax where Batman tricks a villain to run to their death. And with such a large cast, you get a ton of great action set-pieces.

The voice work across the board is also fairly decent. Owlman’s calm demeanor, even in the face of death, being the big stand-out.

6) Justice League: The Flashpoint Paradox – The most recent feature on our list (Clearly since most recent release). This film feels a bit disjointed during the first third or so but once all the threads start to come together, you get the darkest and most brutal DC animated film to date. The animation is also smooth and fluid, and some great running from The Flash.

The end of the film also hits at the new 52 making its debut in animated form shall be curious to see what the future holds.

5) All-Star Superman – Grant Morrison’s fantastic series couldn’t be completely adapted to the tiny screen, but the director does a terrific job bringing the essence of the series to this film. Not only does it capture the spirit of the series, but does a good job of translating Quitely’s artwork. The voice work is top-notch and well-written adaption.

4) Superman/Batman: Apocalypse – For being so far up the list, this is a bit of a mixed bag visually. Superman and Batman’s design leaves a bit to be desired, but that aside this movie is great fun. Kevin Conroy and Tim Daly reprise their role as the titular Batman and Superman. But the real star of this film is Summer Glau’s Supergirl, who is conflicted but thrust into this world of superpowers. Not only does she bring the heart to this film, she also stars in one of the most brutual fight sequences in these movies yet!

3) Superman vs The Elite – Great action is only part of the formula I look for in these films, the other is a moral compass for our heroes. Superman vs The Elite makes the best case for the character of Superman, with his conflict of what to do with his unlimited power. Why doesn’t he just eliminate the threats, and how would the world react if Superman went to far? This film answers it in style, and is still able to inject a great sense of humor! 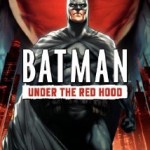 2) Batman: Under the Red Hood – Much like Superman, Batman faces the same moral problem… why doesn’t he go all the way with his villains? Why does he allow people like The Joker to mock the system of Arkham Asylum by continously imprisoning him so that he can escape again? How far would The Joker have to go in order to finally push Batman over the edge?

And what of Batman’s sidekicks how long can they keep is vision? His world view before it crumbles around them? Under the Red Hood does a great job of examining the character and world around Batman with complex motives and characters. Top-notch voice work and amazing animation just to top it off. 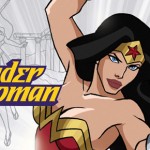 1) Wonder Woman – Wonder Woman may not get the same treatment as Superman or Batman on the big-screen, but in their animated movies, she is the queen of the hill. This movie doesn’t have as strong a moral compass as the previous two, but what it does have is an interesting origin that not only looks at Wonder woman’s debut to man’s world, but the general notion of her character and women in the world. The dynamic between Wonder Woman and Steve is fun to watch, and the plot holds your interest throughout.

More importantly than that though is you get amazing action. This film features some of best fight choreography, and some of the best large-scale battles in the entire series. If you only track down one film on this list, let it be this one!