It is quite the year for The Dark Knight, if you care to hear his origins again. Earlier in the year, it was announced that Scott Synder would be bringing a new twist to his origins in the “Zero Year” and just last week Warner Bros announced that “Batman Arkham Origins” will be hitting all major platforms this fall. While it isn’t strictly an origin tale, it does take place years before the previous two Arkham games, and does have Origins in the title!

With that said, we thought it would be an interesting time to revisit various re-telling of the Caped Crusader’s origin in any and every medium format. Below, you will find out pick for the 7 best!

7) Batman: Earth One (Comic Book)– Standalone tales or Elseworlds are always fun reads as they allow you to break from the parameters of established lore and put your unique stamp on a property. The problem is that not all unique tales are ones worth being told. This book adds some interesting wrinkles into the Bat-mythos, but really doesn’t seem to be for the better. It is still a fun take on Batman and more so his relationship with Alfred.

6) Batman Beyond Rebirth (TV Series)– I said this would be an article on Batman’s origins, I never said it would solely be Bruce Wayne’s Batman. Terry McGinnis was a Batman for the new ages, part Dark Knight, part smart-ass teenager. What was so intriguing about Rebirth was not just the birth of a new Batman, but the retirement of the original. Comic characters are hardly ever given a chance for their story to end, and while Bruce’s tale doesn’t end, his tenure as Batman comes to a close for the most part (he does don the suit once more during the run of the show). On the other side of the spectrum, Terry suffers a great loss much like Bruce, but has a more stable support unit and it is fun to see a Batman try and balance his crime-fighting life with an actual life. It was the beginning of a wonderful new take on the Caped Crusader.

5) Detective Comics # 33 (Comic Book)– Two pages! Two pages is all Batman’s origins gets when it is first revealed, and really that’s all they needed. You get the entire story, parents being murdered, swearing vengeance and that one well-timed Bat in these 2 pages. Other stories would clearly expand and define portions of the origins differently, but this did lay the foundation for one of comics’ most well-known and well-regarded origin tales. 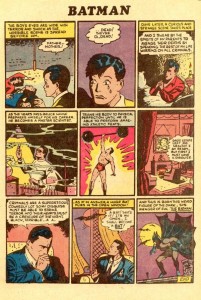 4) Batman Year One (Comics/Animated Movie)– The Batman origins of the modern age.. at least in comics. Frank Miller’s 4 issue story took a look at Batman’s turn to Batman, but pays more attention to a young cop new in Gotham City by the name of James Gordon. Ultimately, the focus on Gordon and not Bruce’s transformation into Batman is why this story find itself in the middle of our list. There was recently an animated adaption of this film starring Bryan Cranston as Gordon, which was pretty solid. If you’re too lazy to read, there you go!

3) The Man Who Falls (Comics)– This story stands out in comparison to the others surrounding it because it is so compressed. It is a single issue which does it’s best to introduce us to Batman, his origins and Bruce’s journey to becoming the Dark Knight. And it works, it works really well. It 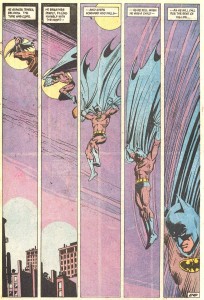 2) Batman Begins (Movie)– It took 6Â theatricalÂ releases before Batman’s origins were put onto the big-screen, and

it was handled with such great care, it is one of the finest comic book movies to death. Pulling from some of our previous ranks (including The Man Who Falls and Batman: Year One), Batman Begins threw in all the essential ingredients, mixed it with a bit of originality, some great casting choices and Â produced movie magic. Not only do we get to see Bruce’ journey from little boy to Batman, but we see how so many things were responsible for shaping his world view beyond his parents’ death.

1) Batman: Mask of the Phantasm (Animated Movie)– While the death of his parents is the catalyst for why Bruce Wayne becomes Batman, there are few stories that fill in the gap on why he has to become Batman. Mask of the Phantasm works because it answers the question of why Bruce couldn’t simply beef up the police force. The fact is crime will take happiness from him no matter what so he decides to be pro-active in his approach. The most emotional thing about this movie is he almost found happiness, but had it ripped from him for a second time.