Suicide Squad Extended Cut: Can You Fix a Broken Movie?


I feel like when you’re discussing the DCEU you need to present fans with a resume. So being upfront, I like Man of Steel, I enjoyed the theatrical cut of Batman v Superman, but thought the Ultimate Edition was an improvement and not a fan of the Suicide Squad. We good? 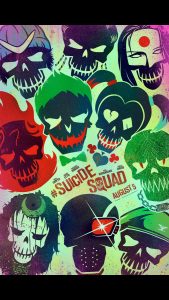 Warner Bros and DC Comics recently announced a Suicide Squad Extended Cut for home release. If you’re keeping track at home, that makes 2 out of the 3 released DCEU films which have extended editions, that E is earning its keep!

Both of DC’s 2016 movies will have extended editions during their initial home release. And while I personally though it was a terrible idea to announce the Batman v Superman Ultimate Edition before Dawn of Justice released in theaters, I was interested in checking it out after I saw the movie. I’m in the internet minority for actually enjoying the theatrical cut of BvS and wanted to see what the UE would add and fix to the movie.

Suicide Squad isn’t as cut and dry for me (pun intended) because I felt that the movie’s problems were fundamentally the movie. You can fix tone (somewhat), you can improve on plot and even character motivations, but Suicide Squad problems ran much much deeper than that. The two biggest blindspots for a Squad fix is structure and pacing.

Let’s start with the structure, in my head the biggest flaw of the movie, the film feels like it’s divided into two pieces. There’s an extended prologue/repeated introductions to the main characters, and their mission in Midway Center. Unlike traditional films which tend to aim for a 3-act structure, Suicide Squad just felt like a very extended 2nd act. And there’s really not much you can do with that because the movie doesn’t have anything that could be added to make a compelling 3rd act. Because you are still stuck with the main villain and “threat” that is presented in the previous 2 hours. 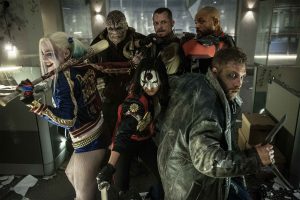 Due to the odd structure of the film, the pacing also suffers. Like I noted above, the movie does repeatedly introduce its core characters in the first 20-30 minutes. It is a truly bizarre decision to be sure. Then the movie kind of introduces then jumps into the threat being in their endgame. There’s really not much build-up to that or anything. Unlike the structure, I do think the extended cut could help (maybe not completely salvage) the film’s pace. Either by slowing it down and introducing characters and the villain more organically or speeding it up and not introducing certain characters as slowly. It’s an ensemble cast so I get the need to introduce them, but not all men are created equal.

The other big addition is going to be the Joker’s role in the film. Jared Leto was less than thrilled about the Joker’s diminished role in the original cut, but what would an extended role in this movie look like for him? Most have speculated that the Harley/Joker dynamic was originally a lot more toxic than how it was presented in the finished version, and I would completely understand why Warner steered away from that direction. But would they re-introduce these elements in an extended cut? How would fans reactions change, and does it really add any meat to the potatoes?

I was really interested in seeing the Batman v Superman Ultimate Edition to see how it fleshed out that film, I’m intrigued to see the Suicide Squad cut to see if it can possibly fix these glaring fundamental flaws.