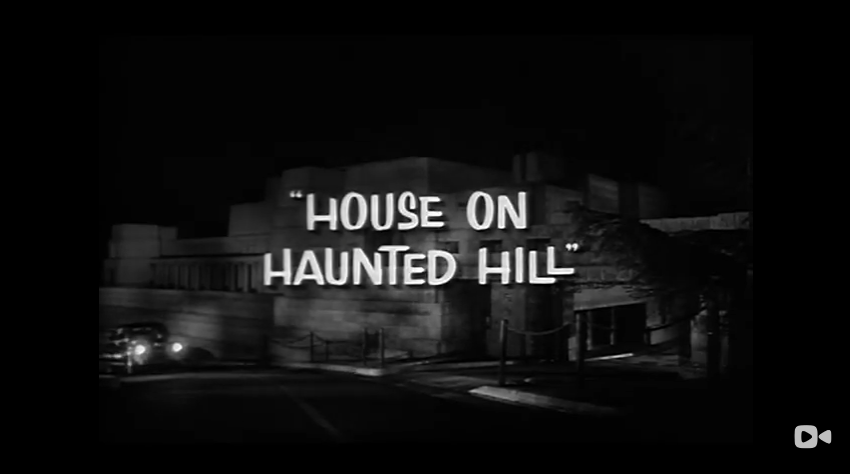 What, did you think we’d only be discussing bad movies that you can stream? Oh no. As much as I loved how simultaneously batshit insane and shoddy Zombie Wars was, I can’t spend the whole month of October recommending shot-on-shitteo movies. So today, we looking at a horror classic that I’ve actually loved for a long time: William Castle’s House On Haunted Hill.

You can absolutely stream this B-movie genius legally. Mostly because it is old as shit and now in the public domain. In fact, you should only ever watch this film online. Buying a DVD box set compilation that includes this flick and a number of other horror classics from the same time period is a mistake, mostly because there are no copyright laws protecting these films and you shouldn’t have paid to watch them. You are being ripped off if this is the case. 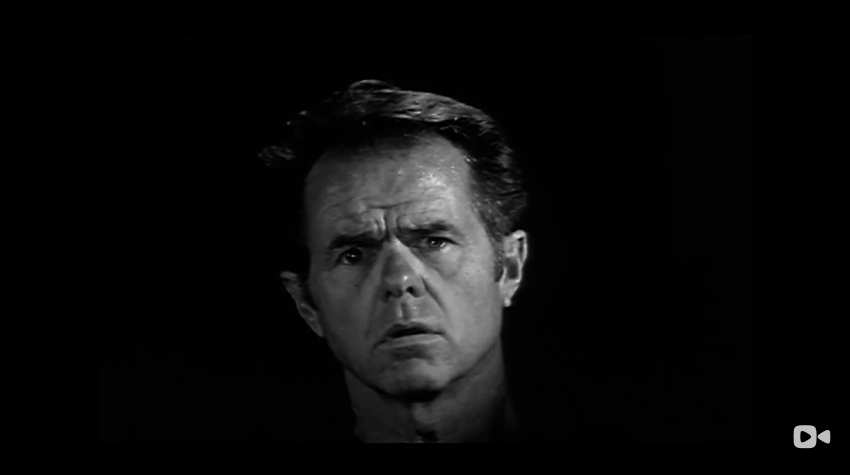 That’s right. You can get all the floating heads this movie offers for free.

Seriously though, House On Haunted Hill is totally worth your time. It was directed by one of horror’s greatest showmen and starred the immensely talented Vincent Price in his prime. So, let’s dig into what makes this film great by looking back to that floating head.

Yes, the film begins with a monologue. Mostly this was to establish that the house, in question, has a history. This is “the only really haunted house in the world.” Since it was built a century ago seven people, including the caretaker’s brother, have been murdered in it. The last time he tried to spend the full night there he was found almost dead.

Fancy pants Vincent Price is an eccentric billionaire with a penchant for marrying pretty women who wind up dead. No divorces for this guy. As such, from the get go you get the villainous vibe from him. His wife is having a birthday party, and decided to have all the guests travel via a hearse convoy. 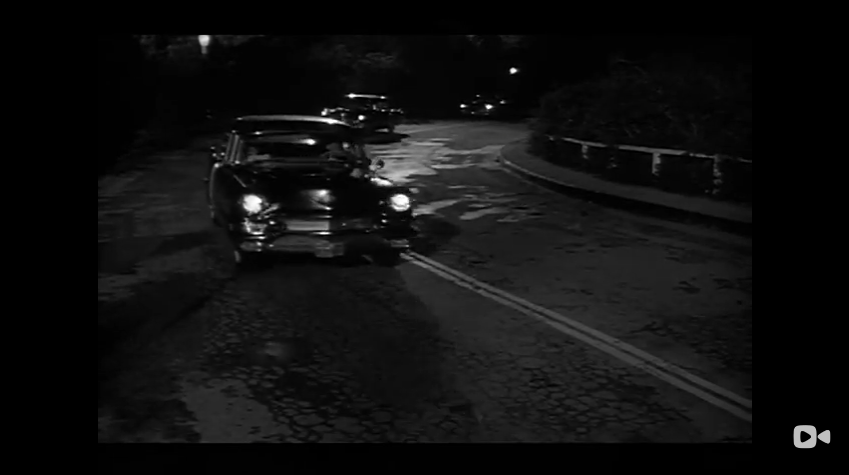 The guests seem kind of random, but each was chosen for a reason. An innocent young lady with her family’s care at stake, a journalist with a gambling problem, a psychologist who thinks study of ghosts would benefit his work, a test pilot and former military man, and the caretaker who just wants to stay and collect some money. Did I mention that money is at stake? If the party guests stay the whole night, they will each collect $50,000. Doesn’t sound like much by today’s standards, but it would be the equivalent of about a half a million today. 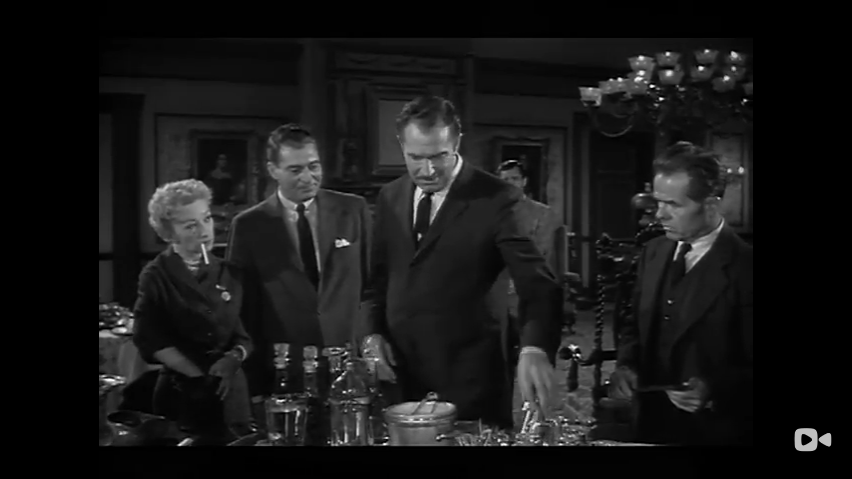 Almost immediately shit starts to get real for our little rag-tag band of strangers. Doors slam shut, chandeliers fall, and Price’s character get’s all violent on his woman. It is apparent that they kind of hate each other. Maybe they love how much they hate each other. Maybe she just wants his money and he knows it. At this point it is kind of ambiguous. She’s a fox though. For real, the woman playing the billionaires (current) wife was actually Miss Utah in 1946 and would go on to win fourth place in the Miss America pageant.

Of the many who have died in this house of horrors, two were found without their heads. They are lost in the villa, although the caretaker claims that they make sounds at night. He also begs Price to call off the party as the “ghosts are already moving.” You get the sense that Price is a non-believer though, as he calmly explains that people can leave now if they are so scared as the on-site caretakers will leave at midnight locking the doors behind them.

Once the door is locked there is no way out. The windows have bars that a jail would be proud of. The only door to the outside is like a vault. There’s no electricity, no phone, and no people for miles. So it’s basically a giant coffin.

A tour of the house proves somewhat unsettling, as our caretaker seems to know all of the dark secrets. One of the guests gets marked by the ghosts with blood. Another almost falls into a giant vat of acid in the basement. Our young, innocent heroine gets locked behind a large solid wood door and the lights go dim. Annnnnnd… that’s all I’m willing to share about the movie. You’ll have to watch the rest of it yourself. I promise you though, it’s worth it.