Sonic Saturdays: A Genesis of sorts 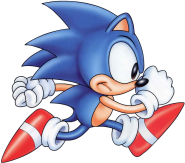 Welcome once again to Sonic Saturdays. In this feature we explore the world of Sonic The Hedgehog. Â For today’s Article, I thought it would be a good idea to start atÂ theÂ beginning, A Genesis, if you will.

Sega needed a character that could possibly rival Nintendo’s Mario. Sonic was thier answer.Â While many individuals at Sega had a hand in Sonic’s creation, Yuji NakaÂ and artistÂ Naoto ÅŒshimaÂ are generally credited with the creation of the character. Â Sonic looked quite a bit different back in the concept stages. He had a human Girlfriend named Madonna, and a Band as well. Â That is until Sega of America decided to soften him up a little bit. 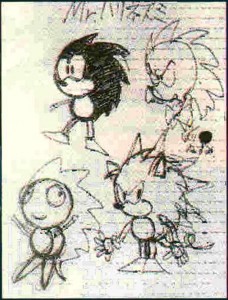 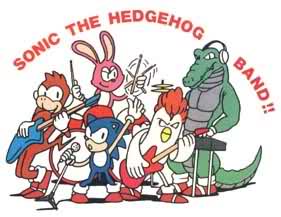 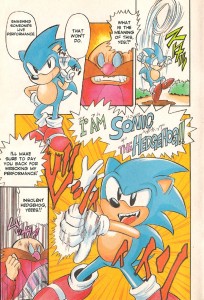 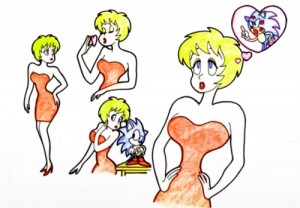 Sega of America’sÂ Madeline Schroeder, thought that the character was too Japanese and wanted to change Sonic to be suitable for both the Â Americans and Japanese . So The band, Madonna, and the fangs were all dropped. This, at least at first, Â started some internal drama between Sonic Team and Sega of America. Later Yuji Naka and Sonic Team admitted that she was right in softening him up for a world-Wide audience. Â 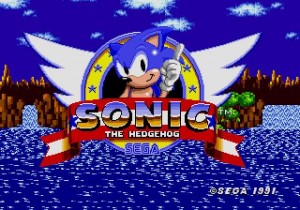 Enter Sonic The Hedgehog in 1991. At this time as a young gamer, I was a Mario Maniac. I burned many many hours on the ol’ NES. One day, a friend of mine, got a Sega Genesis, for his birthday. I went to his house, and we took turns playing Sonic. When I got there he was already playing it. Watching the gameplay based on speed, loop de loops, springs, pits and smashing up Robot badniks , I was enthralled. As I watched, IÂ realizedÂ something. Sonic The Hedgehog was WAY cooler than Mario! Don’t get me wrong, I love Mario, still do, but as soon as I seen Sonic on the screen, I fell in love with it. The momentum based platforming, the advanced 16-bit “Blast Processing”, speed, and Attitude hooked me, and never let go. 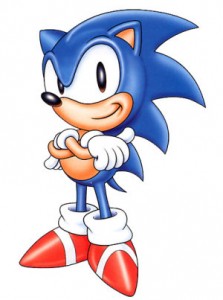 Eventually, I got my own Genesis. Of course it came with Sonic The Hedgehog, and I played it a lot. The story of this game is basically an Evil Scientist is trying to find the Chaos Emeralds and use thier power to rule the world. All the while kidnapping little animals and turning them into robots that do his bidding. That Scientist is Dr.Robotnik, Eggman in Japan. Sonic must save the animals, and stop the mad doctor’s scheme while moving exceptionally quickly.

The games also got me into comic books, believe it or not. Archie was, and still is, publishing a series based on Sonic, and there was a couple of cartoons. I’m going to save all of that for later. For now I’m going to close this, My first Sonic Saturday, with this Sonic CommercialÂ .