Brightest Day has been a bumpy road, but as we near the end of the road the story has really found its footing. Starting off with the aftermath of where Brightest Day 20 ended, with the not-Justice League (Superman, Batman, The Flash, The Atom, etc) responding to the incident at the water front. As the heroes seek answers from Mera, they are notified of several emergency signals going off before noticing the black cloud that is emerging.Â That part of the story ends there, one can only assume this will be the big finale of the series.

The comic then switches over to J’onn J’onzz and D’kay, who are on the newly resurrected Mars. J’onn is denying with the mind invasion while D’kay tries her best to plea with him. I really don’t want to go into more with this story as I felt it was the strongest part of the issue, and had some truly magnificent moments.

Hopefully this doesn’t ruin too much, but loved this splash so much just wanted to share. 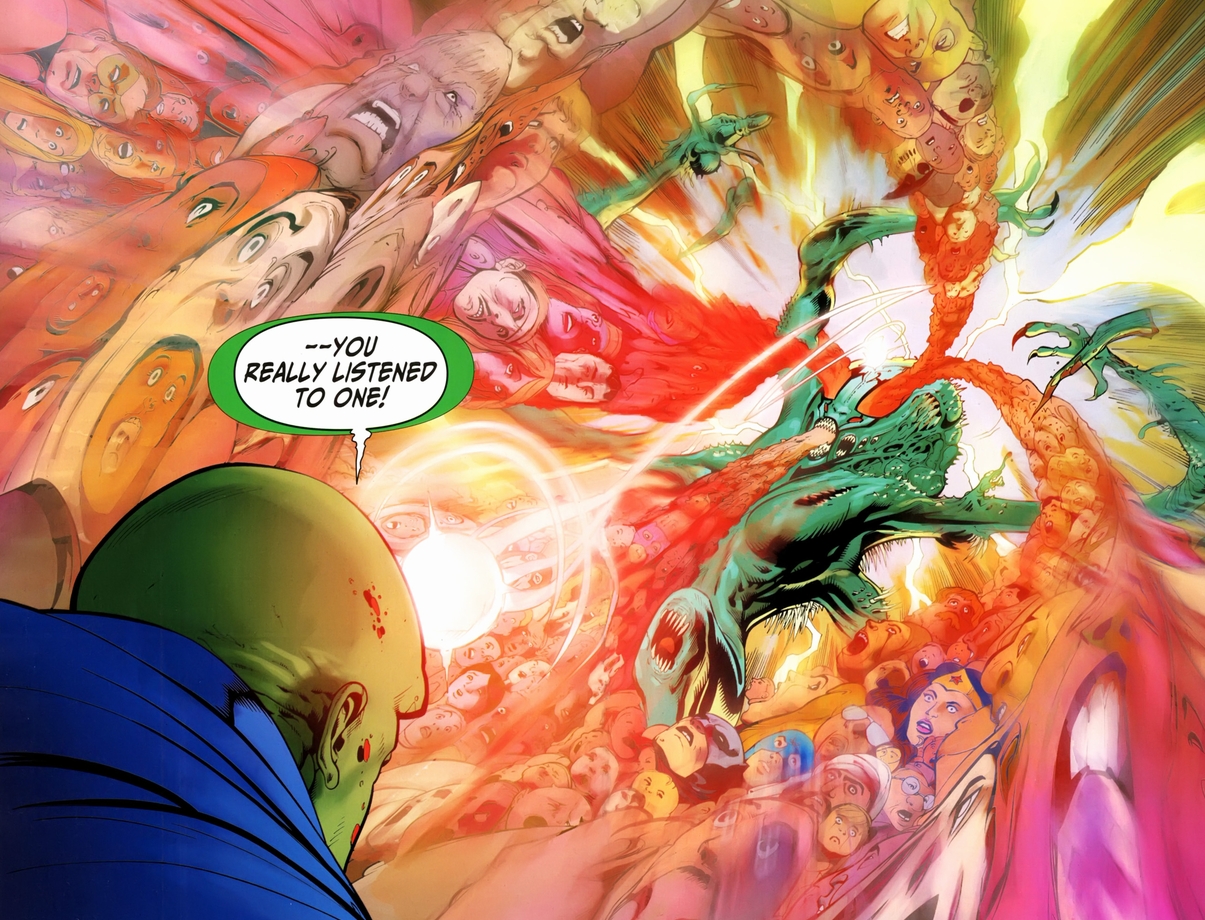 The art has beenÂ consistentlyÂ solid throughout the run of the series, and this issue is no different. We get a ton of beautiful shots like the one above, the climax of the issue and the cliffhanger. Once more won’t go into further details with that, but trust me you’ll know it when you see it. If there is one complaint, and it is minor, it would be the beach scene near the start of the book where I feel a lot of the art and characters are flat, but they are drawing several characters spread out, but even the close-up dialog boxes look like they need some work.

As Brightest Day draws to a close, I find myself more drawn into the mystery surrounding the white light and whether it is truly a force of good or evil. Which honestly at the end of the day is the highest recommendation when a book makes you actively want to continue reading it week after every other week!

New Reader Accessibility: This is something I wanted to try, and we shall see if it sticks around. As a comic fan, I’m always looking for ways to help ease non-readers into the medium as movies/cartoons/games become moreÂ prevalent. This will be a minor conclusion to see how accessibility the issue is for new readers or even current readers looking to jump into a new series.

Sadly, I would have to give Brightest Day 21 a 1. Really it comes as no surprise, its the 21st book in a macro-series (What is the proper name for this? It isn’t an on-going since it has an end point) and really this issue deals with conflicts that started months ago and even a fall-out from an event that ended nearly a year ago. Its great if you are already reading, but yeah I would not recommend for new readers.