Review: Gotham – Rise of the Villains: Damned If You Do…

For those lucky PlayStation Plus members who have been paying attention, the season 2 premiere of Gotham was put up early. Ever the impatient type, I decided to give the episode a spin and share my thoughts. 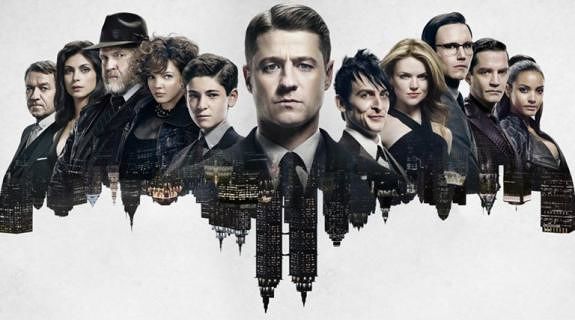 Damned If You Do… (and I can only imagine the season finale is titled “…Damned if You Don’t”) picks up roughly a month after the events of the season one finale. In that time a lot has and hasn’t changed. Alfred and Bruce have had no success in opening that secret door they discovered at the end of last season. While the police and crime scene is all shook up. Harvey has quit the force. Penguin has ascended to the top of the criminal empire. Gordon has been busted down to beat cop. And Barbara is beginning her stint in Arkham Asylum.

After an extended catch-up, and a really fun opening with Gordon, which reminded me of a bit of Batman: TAS when Batman had to take on the Condiment King, we are thrown into a breakdown of these characters and the role they will play in season two… for the most part.

Two mainstays of season one were given less to do in this episode, but hoping that is expanded on in the next episode. 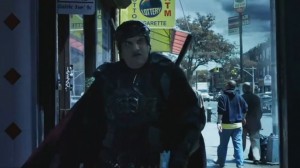 Jim Gordon remains the focus of the show so of course he goes through the most transformation in the opening episode. In a manner of speaking, while he does have a long journey, he essentially ends up where he was in most of season one being a Lieutenant in the GCPD, but with blood on his hands and in deep with Cobblepot… so I guess not too different.

I will make note because I hated this in the series premiere, there is yet another random GoPro chase with Gordon. I’m not sure why they went back to that well since I don’t remember them using it beyond the pilot in season one, but here we are again!

The GoPro complaint aside, the show does a much better job of placing Jim as the central character, instead of another auxiliary character by having him be the only one who touches base with all interested parties in this episode. He gets a scene at Wayne Manor, he spends time with The Penguin and Cat, he checks in on Bullock, and he gets to share not-so-tender moments with Barbara and Edward.

By the end of the episode, you get to touch base with a lot of the characters, but what you don’t realize is that there isn’t actually a ton driving this first episode. It’s like setting up a chess board, moving all your pieces into place but no real action goes on until the timer starts. But I will give the episode it’s due, I was thoroughly invested throughout even if there wasn’t a “Villain of the week.” And it does play to the notion that this will be much more serialized than the previous season.

I want to give special note to the music in this episode. The opening musical bit which uses a melancholy cover of “Perfect Day” (which was ironic since a happier version was stuck in my head at work today) to establish the characters in the opening montage. And then there’s a pretty sweet and swelling music during the final moments with Bruce. Before anyone gets any ideas, no it isn’t establishing him as Batman-music! They actually seemed to have toned down a bit of the overt-ness with hints during this episode! 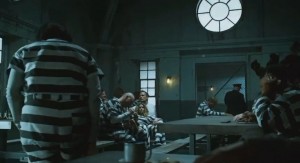 The “Rise of the Villains” moniker they are advertising for season 2 doesn’t really seem to play a big role in this episode. Though the new power players they introduced seem like they will be fun foils. And they are already causing mayhem.

With a renewed investment in Gordon’s journey, the show felt more focused. While I was a fan of the first season, it at times felt like the show had no real center. Focusing on Fish or Penguin or Gordon or Bruce and Alfred. Here, it seems like they are finally ready to say that this is Gordon’s show, but that of course could change in the coming weeks.

Speaking of the show being more refined, I thought that this episode was tonally more consistent. While I learned to appreciate it, I’m not quite sure everyone was sold on Gotham season one’s tone, which got dubbed “Grimcamp” which is a term I do love. It was never truly too dark nor too campy, and it walked this weird line that was hard for people to comprehend. “Damned if You Do…” seems to lean more dark with humor arising more from situations and performances than the straight actions of the characters. It still has its moments of levity, but not as out there as season one.

Review 6 (Out of 7) – I don’t know if any of these changes will convince those who abandoned Gotham during its rookie season to return, but I thought it made for a much more concise and enjoyable show. I look forward to seeing if they can continue this throughout the year.