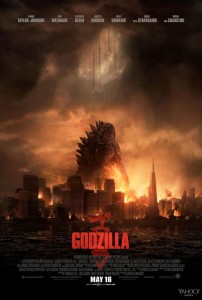 In 2004, Toho released Godzilla: Final Wars in theaters to commemorate the 50th anniversary of the Godzilla series. The film tried its hardest to provide as much spectacle as possible, assembling a huge collection of kaiju for Godzilla to battle in an homage to fan-favorite Destroy All Monsters. The film proved to be a commercial failure, however, and the series was laid to rest for a decade while producers figured out what to do with the iconic monster. While Toho was justifiably wary of Hollywood after a somewhat disastrous 1998 Godzilla reboot, it seemed like enough time had passed to allow one more Western take on Godzilla.

Warner Bros. and Legendary Pictures showed early on that they were dedicated to handling the Godzilla franchise with respect when they hired Gareth Edwards to direct a reboot film. Edwards, a relatively unknown talent, almost single-handedly made a very respectable “monster movie” in 2010 with Monsters – an independent film that showed how much the man could do with very little money. Edwards helped the producers of the new Godzilla film assemble an intriguing cast, and it wasn’t long before fans were given a glimpse of the film in the form of some incredibly atmospheric and effective teaser trailers. It was becoming clear that something special was on its way.

Fast forward to 2014, and Godzilla has finally been unleashed upon theaters. The film’s brilliant marketing campaign revealed very little of the titular monster, and even less of the monsters that would battle him. Fan expectations were all over the place – some wanted the focus to be placed squarely on Godzilla and the military’s attempt to stop him; some wanted a series of battles between monsters; others still were hoping for a more traditional disaster film. Edwards’ film does its best to appeal to all of the aforementioned crowds, but it also demands a surprising amount of patience.

You see, Gareth Edwards is hugely influenced by the films of Steven Spielberg, and he specifically cites Jaws and its patient pacing as an inspiration for his take on Godzilla. I’m writing this on the day of the film’s official release, and much has already been made of Godzilla’s screen time, or lack thereof. It’s true that Godzilla doesn’t make a full appearance until roughly an hour into the film, but there is certainly no shortage of monster mayhem preceding that moment – it’s just that it’s caused by Godzilla’s nemeses, the MUTOs (Massive Unidentified Terrestrial Organisms).

When Godzilla finally starts (literally) making waves, the film really takes off, delivering one amazing sequence of destruction after another. The action ramps up toward an amazing battle between Godzilla and his MUTO foes that delivers in absolutely every possible way. By the time Godzilla unleashes his full ferocity on his adversaries, you’ll hardly remember all the teasing from the first half of the film, and his devastating attacks are sure to elicit an enthusiastic response from the audience. 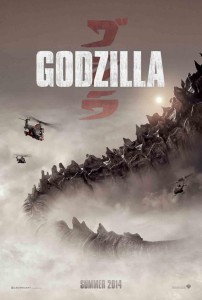 While Godzilla’s appeal may ultimately lie in its monster action, it has plenty of human drama as well. Most of the drama focuses on naval lieutenant Ford Brody (Aaron Taylor-Johnson) and his immediate family. Ford gets wrapped up in his father Joe’s (Bryan Cranston) obsession with a decades-old cover-up Â that turns out to be linked to the MUTOs. After witnessing the awakening of a MUTO in Japan, Ford spends the remainder of the film trying to get back to his family in San Francisco, but as is always the case in a Godzilla film, his actions end up being a key factor in stopping the monsters’ destruction.

Godzilla is a refreshing change of pace from the average summer blockbuster in several ways. Edwards’ masterful teasing of the monsters — particularly of Godzilla — lends the climactic action sequences a degree of significance that you rarely find in big budget films these days. The film also shows admirable restraint in its depiction of violence and destruction, rarely reveling in the demolition caused by the monsters. Even its depiction of the military is refreshing, casting it in a generally favorable light without fetishizing it in the way that Michael Bay and his countless clones do.

Godzilla is a film that will appeal to fans of the series and casual audiences alike, and I have high hopes that it becomes commercially successful enough to warrant a sequel. It feels reverential to the movies that preceded it while showing enough confidence to go in its own unique direction, and will undoubtedly inspire a new generation of moviegoers who want to witness giant monsters duking it out on the big screen.

Rating: 6 (out of 7): Godzilla delivers plenty of thrills and will entertain audiences with a certain degree of patience. The first half of the film relies on a strong cast selling a somewhat lackluster premise, but the spectacle of the second half more than makes up for any shortcomings that precede it.