Over the past 20 years, Sonic’s game library has been a lot like his games, full of highs and lows with some deadly pitfalls along the way. Sadly for most players, most of those pitfalls have come over the last decade as SEGA tried many ways to get the Sonic formula to work in 3D. 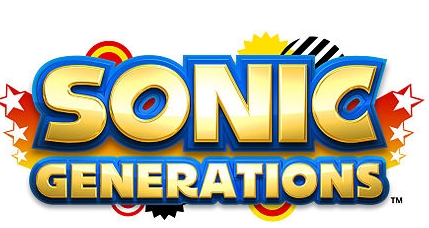 In recent memories, they seem to be getting back on track. Sonic Unleashed was well-received by fans at least for the portion of the game in which you played as Sonic and not his werehog conterpart. Sonic the Hedgehog 4 is a bit more mixed, and SEGA has been slow in rolling out the episodic content. Finally, Sonic Colors seemed to have gotten the hedgehog back on the right foot.

Its with the Sonic Unleashed/Sonic Colors engine that SEGA looks to celebrate the Hedgehog’s 20th birthday with Sonic Generations. A game mixing classic Sonic and modern Sonic in what could be an interesting formula. This past week, SEGA released a demo on PSN and XBLA of Green Hill Zone, and at New York Comic Con last weekend, I got to try out the City Escape zones from Sonic Adventures 2.

I will say up front, I’ve really enjoyed what I’ve played of the game so far. In the back of my mind, I still feel SEGA will screw this up in some fashion, but my hands on time with the game has been nothing short of amazing.

First, we might as well discuss Green Hill Zone, for those who aren’t familiar is the first stage in the franchise. Classic Sonic plays like how you remember him on the Genesis (though slightly different in this stage since Sonic 1 didn’t have Sonic’s famous spin dash in it), but you still get a thrilling romp through the stage, and there seems to be some added elements to the course. One thing that is interesting to note between Classic Sonic and Modern Sonic, is their “feel”. Classic Sonic is a bit slower, but a more deliberate platformer. And it feels right. A problem with Sonic 4 to me at least, was the fact that his speed had like a sticking point, where you had to build it up, that doesn’t seem to be the case here, but he isn’t moving fast enough that you aren’t able to anticipate jumps and pitfalls without proper timing.

On the flip side, this is modern Sonic’s first foray into this “generation” of games, and he handles it like a champ. The stages are bought to life in full 3D, and makes some interesting changes with some of the tasks at hand. Some enemy threats work well in 2D, and not so much in 3D. So the chopper enemies (the giant red fish), no longer pop out of the water instead, there’s a thrilling chase scene which is ratherÂ reminiscentÂ of the giant whale scene in Sonic Adventures 1. Much like Classic Sonic being armed with his Spin-dash, Modern Sonic features his boast meter and homing attack, which of course are staples of the 3D game. And as I mentioned before, his segment of game play feels so much faster. His stages feel like they are built about replayability, as learning the layout of the stage would help in playing and timing of jumps and alternate paths because sometimes you are moving so fast you don’t see it until after you’ve alreadyÂ committedÂ to something else. That said, it feels remarkably responsive, and solid.

On the flip side of Green Hill Zone is City Escape from Sonic Adventures 2. Here we take a stage from Modern Sonic’s era and put Classic Sonic into it. And it works well. Its interesting to see what they did with the stage’s classic set piece (Sonic being chased by a giant truck) since again it wouldn’t work as well in the 2D space. Instead the truck is barreling through the stage in the background, and at various points in the stage, its path will intersect with the 2D-plane, which can cause damage to Sonic or if he isn’t quick enough cut off potential paths through the stage as it destroys platforms and lifts.

There are also changes afoot for Modern Sonic (though in all fairness, it has been like a decade since I last played Sonic Adventures 2 so my memory of the stage are fuzzy at best). If I am remembering correctly, the truck chases you through a lot more of the stage than it did in the original, as there are added segments with his board and a prolonged boast segment on the ground. There also seems to be a minor part of the stage that was added that wasn’t in the original, but I really don’t want to commit to that statement, like I said it has been a while. The stage still plays well, and probably a bit better since I feel Modern Sonic controls better in Sonic Generations than he did in the Adventure games.

All in all, I’ve played 4 stages of Sonic Generations, I’ve seen how classic stages are re-imagined for Modern Sonic and how modern stages are retrofitted for Classic Sonic, and I have to say I’mÂ thoroughlyÂ impressed with the game. I feel both iterations of Sonic controls extremely well, and the player is in control, which was always a criticism of the 3D games feeling so loose. The remixed music is an awesome touch, and the game looks fantastic. As it stands right now, I’m extremely excited to play the final version of Sonic Generations when it hits next month!