From Fandom with Love: From Russia with Love

If you didn’t know before, the article header should give you a clear indications as to what film in the franchise inspired the series’ name!

Depending on my mood, From Russia with Love is sometimes my favorite Bond film, and other times it is simply in my Top 5. Either way, I feel it is one of the best Bond films to date, which is no small feat mind you!

From Russia with Love sees Sean Connery step into the role of James Bond for a second time. Much like his original outing though, this film has a much more grounded feel than most latter entries in the series. Unlike Dr. No though, From Russia with Love really has fun playing with the Cold War environment in which these films take place. Also SPECTRE, the organization from the original film is shown to be a lot more vast. 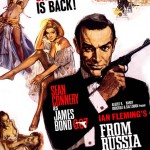 If Dr. No played out as a murder-mystery, then From Russia With Love could best be described as a movie with mixed allegiances. Almost every major party is attempting to play another party or two in order to gain what they want. SPECTRE is trying to play the Russians and British against each other for monetary gains. Bond is attempting to play a Russian agent in hopes of gaining a decipher device, and poor Tatiana is a pawn for all sides.

The plot itself deals with everyone trying to gain access to Lektor, a Russian cipher device, that is invaluable in any of the parties hands. It is a fun game of cat and mouse throughout the movie.

The best laid plans account for almost all factors and contingencies when those fall through. SPECTRE’s grand scheme (SPECTRE is the enemy more than any individual in this film I feel) involves a plan from Number 3 and 5, Klebb and Kronsteen, respectively, who are attempting to pit the British and Russians against each other. They do this by having a Russian operative, pretend to defect to lure the British into a trap. While they are doing this, they hope to gain revenge on 007 for taking out their operative, Dr. No, in the previous film.

The plan is a bit complicated, but that’s why it works. It’s a plan that everyone knows is a plan, but still need to play it out because the reward seems far too grand for any party to pass up. There’s a clear and logical end-game in mind here: SPECTRE gains control of the Lektor without getting their hands dirty, get revenge on Bond for killing Dr. No and they make money when they sell it back to the Russians.

The ONE thing I have against their plan, and it is early in the franchise, is that it depends on Bond being predictable. Part of their plan is getting Bond to play his role to perfection, which just doesn’t work when it comes to James Bond. There was a reason he was successful against Dr. No, and why he continued to be successful against SPECTRE.

So the plot is 00-Agent status only because they expected too much from 007. 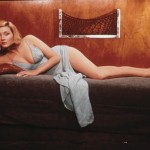 Tatiana Romanova- The most innocent player in this entire movie, she is never told that she is being played. Instead, she plays out her role with the strength of character as someone who is proud of her country. However, like any female who crosses path with Bond, she does eventually fall for him. Eventually, making the decision to shoot her handler Klebb over Bond in the film’s final climatic moments. It is hard to say if she ever TURNS since she is never really against Bond, but she is playing for the other team for most of the movie. Either way, she does end up with Bond at the end of their film as he destroys a very special video of them together. LIVE

Sylvia Trench- Bond’s semi-girlfriend from the original film returns here for a brief roll in the hay! She really isn’t given much to work with in this film, other than a reminder that he left her during last movie for his mission in Jamaica. He is once again whisked away, and she is never seen or heard from again. LIVE

Bond actually doesn’t play any games in this movie. So we will just briefly mention that this film features a chess match as part of its opening. Fairly interesting choice since I doubt many action movies would choose to open with something like this in the modern era.

This was a tough one. The film has a ton of nice subtle moments, but it doesn’t truly have an outstanding Bond moment. That one moment or line that really defines the character.

So I’m gonna cheat for this movie and select the fact that he discovers Red Grant is a double agent due to his choice of wine at dinner. It is a minor thing, but it does show that the man is always thinking.

Before we get to a breakdown of the intro and stuff, there are a few general points. First, and most bizarre to me, is that From Russia with Love has a vocal song, but for some reason they decide to go with an instrumental version of the theme for the opening credit scene. The other thing is, this is one of the few Bond movies that actually works the main theme into the actual movie. It is being played on the radio in one of the earlier scenes in the film.

The opening credits seems to take a single scene from the film and use it as a basis for the credit designs. In this case, it is the scene when Bond visits a gypsy camp so the opening is fill of women belly dancing and shaking what their mommas gave them. While this is going on, the credits/actors are being imposed over their bodies. It isn’t the most interesting visuals, and would even say less fun than Dr. No.

This feels… weird… From Russia with Love is one of my favorite Bond movies, but there’s little for me to actually talk about in this article. After re-watching it with this series in mind, I realize its because it isn’t a very Bond-esque movie. I could be mistaken but he doesn’t even introduce himself as Bond, James Bond nor does he order a vodka martini at any point in this film. Instead, it is a fairly grounded and suspenseful spy thriller.

If you have to see one early Bond film, I would highly recommend it being this film.