From Fandom with Love: Goldfinger

While Goldfinger is the 3rd film in the franchise, it might as well be considered the first. Goldfinger proved to be such a smashing success that nearly every Bond film after it would attempt to imitate the formula set-up here. Being the first film to use the film though, it is also pretty fresh and doesn’t over-indulge itself in tropes.

Sean Connery reprises the role for a 3rd time as he matches wits with a global jeweler, Auric Goldfinger. Along the way, Bond gets help from his friend in the CIA and a trio of girls. 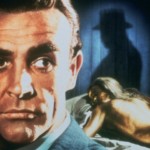 Goldfinger sees Bond travelling to the United States for the first time. He crosses paths with the infamous Auric Goldfinger on several occasions. The film starts off with Bond on a mission in Miami Beach to track the activity of the titular character. However, Bond is under the belief that Mr. Goldfinger is simply a gold smuggler. As the movie unfolds, and the characters continue to cross paths (including a golf match-up), Bond learns that Goldfinger’s ambitions are much larger than simply smuggling gold.

In fact Goldfinger plans to rob the biggest bank in the world, Fort Knox, and it’s only with the help of Pussy Galore, Goldfinger’s personal pilot, and Felix Leiter that Bond is finally able to thwart his plan and engage in an explosive finale.

I think Bond sums up Goldfinger’s plan best during their sit-down, ” I apologize, Goldfinger. It’s an inspired deal!” The plan is perhaps one of the more grounded, well-thought out and executed plans in any Bond movie at least based on my memory.

The plan is fairly simple, Goldfinger will spray a lethal gas near Fort Knox, killing all guards within responding distance. Then with the help of the Chinese, he would place a small nuclear bomb into the vault with their gold supply. When it blows, this would essentially make the entire supply of the US’ gold useless for nearly 6 decades. In the meantime, this would increase Goldfinger’s personal supply of gold value to.. as he predicts roughly 10x its current value.

The plan is genius. There’s no way around it. Honestly, the only reason Bond is even able to stop it is that he is able to turn Pussy Galore on Goldfinger. If not for that, Goldfinger would have succeeded without much difficulty. He also had a logical endgame in mind, he wanted to become rich!

This plan gets our first ever 007 Status! 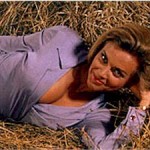 So far, Bond’s record has been pretty solid with every girl he crosses path with in Dr. No and From Russia with Love living through the film. Goldfinger however begins to tarnish his record.. and does it big time!

Jill Masterson- Her contribution to the entire franchise will always be the “Golden Girl.” She starts the film as hired eye-candy for Auric Goldfinger. After Bond discovers her role, and forces Goldfinger to lose a bunch of money to his card opponent, she ends up sleeping with Bond. However during their time together, Bond is knocked unconscious and when he awakes, Jill is in the bed covered from head to toe in gold paint. She becomes the first, but not last victim of loving James Bond. DIED

Tilly Masterson- Seeking revenge for the death of her sister at the hand of Goldfinger, Tilly attempts to shoot Goldfinger while Bond is tailing him only to nip Bond instead. Bond uses the fancy toys built into his cars to blow out her tires. They later attempt to break out of Goldfinger’s plant, but Tilly is killed by Oddjob and his magical hat. DIED

Pussy Galore- The first Bond girl to actively deflect our lead’s charms.. at least for most of the movie. She does eventually succumb to Bond’s charm and assists in him in foiling Goldfinger’s plans. Aside from her role as Bond’s love interest, Pussy Galore serves as one of the first interesting Bond girls. While Ursula and Tatiana had some charm to them, they were pretty one-dimensional and ultimately helpless characters. Pussy is shown as a skilled pilot and trained in hand to hand combat. She has a loyal fleet of pilots at her call, though their role in the movie is just set-up shots. She survives the film and makes out with Bond at the end. LIVE

While Dr. No and From Russia with Love were light on Bond one-liners and dickest moves, Goldfinger has it in spades. There’s so many memorable moments and one-liners in this film. Ideally, I would love to pick the “Do You Expect me to Talk?” scene, but that is more of a Goldfinger scene than it is a Bond scene.

Instead, I will pick the one-liner that really started it all:

“Shocking. Positively shocking.” The start of Bond’s classic one-liners as he does away with a foe. He also has one when he finishes off Oddjob during the film’s climax.

This segment may be overhauled. While there is a card scene in this movie, Bond doesn’t directly play a game. Instead, he does enjoy a round of golf with Goldfinger at some point. So in the future this may be a segment dedicated to the games that are on display during the movie.

In this case, we get a game of Gin Rummy between Goldfinger and his patsy.

Gin rummy, or simply gin, is a two-player card game created in 1909 by Elwood T. Baker and his son C. Graham Baker.[1]According to John Scarne, Gin evolved from 19th-century Whiskey Poker and was created with the intention of being faster than standard rummy, but less spontaneous than knock rummy.

Goldfinger has a lot of firsts for the series. It is the first time that Bond is in the cold opener proper (in From Russia with Love, it was a pawn wearing a Bond mask), but it is also the first film to have a vocal based song in the opening credits. While Dr. No had some vocals, the main part was all instrumental, and From Russia with Love had a vocal version, but isn’t the one used in the opening scene for some strange reason!

As I shared on Twitter while watching this film, the Goldfinger theme holds a special meaning to me since it was how I was introduced to the series properly. When I was younger, my dad use to own the theme on vinyl and would play it all the time. It isn’t something I knew at the time, but it was my first real exposure to the franchise.

The song still holds up remarkably well. And unlike some other themes in the series matches the core plot/characters of the movie it is about. Sure, it is dressed up a bit, but it is essentially about Goldfinger.

Visually Goldfinger starts to do some interesting things. The first, and the one that doesn’t go far, is it actually features footage from the movie during the opening credit. It is a nice touch, but I’m never been a fan of that style of opening as it does potentially ruin some of a film’s momentum when you realize certain scenes haven’t occurred yet.

The other part of the visuals deals with the statue-esque golden women on display. Instead of having women dancing or moving on the screen, they are covered in gold and posed while things such as scenes from the movie are projected upon them. It makes for a nice visual touch.

Goldfinger is sometimes considered one of the greatest Bond films of all-time. While it isn’t my personal favorite, it still stands up as a firm entry in the series. It also marks the end of the “golden” era of Bond (pun intended) films for me. As there is no other period in the franchise’s history, to date, that has 3Â consecutiveÂ movies that I absolutely love. I like various stretches more than others, but hard to think of 3 back to back to back films like this.

James Bond and From Fandom with Love will return in Thunderball!