Another year has come and gone, and while it wasn’t the greatest year for new releases for me, there were a handful of great games that came out. Oddly enough, at least from a personal taste, a lot of the games on this list were chosen based on their production and story-telling. Each will be explained so let’s get to the list.

7) The Last Story- The Last Story has quite the.. story in getting to our shores, but I won’t bore you with a retread of it. Instead, I will talk about how The Last Story and what a pleasant surprise of an RPG it turned out to be. First, due to the concise and streamlined nature of the game, almost everyÂ encounterÂ in the game is given meaning and story. The characters are able to grow and mature throughout the course of the game, and because it’s Japanese there are some insane plot-twists. Second, it has some truly fantastic music including my favorite track from a game this past year. Equal to that was the production values, yes the Wii was in its 6th year and sure it is working on a decade old tech, but the game is still one of the finest things to grace the console. Finally, and perhaps most importantly, was a battle system that combined some Western sensibilities with strategy and jRPG trappings that always kept you engaged and on alert. 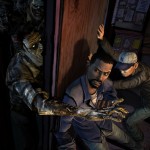 5) Halo 4– After finishing the fight, then a side story to the fight, then showing how the fight begun, Master Chief returns to battle once more. I’ll be honest, I find the story in Halo iffy at best, but they are innocent. This game, and the franchise, really shines in multiplayer for me. Since it’s launch, I’ve sank dozens of hours into the multiplayer, into Spartan Ops and into just having a blast with friends. Halo 4 continues the series’ legacy of a rocking good time.

4) Paper Mario: Sticker Star- The Paper Mario series is an interesting beast. While it started off as an RPG series, the series has moved away from that design in the last two entries. Some of the changes are for the better, and some for the worse, but what you can’t discount is there is a solid game underneath it all. Sticker Star simplifies the formula a bit, but the charm, wit and design of the series still remains. The sticker elements makes for an interesting battle system, and while it lacks a traditional motivation (no XP), I found myselfÂ continuouslyÂ engaging in battles even when it wasn’t necessary. To me that was a sign of an addictive game. The graphics are Paper Mario, I’ve been a fan of the style since the original. Though this gets bonus points for making terrific use of the 3D, which isn’t something a lot of 3DS games can claim. A fantastic score completes the package and one of the most bizarre entrances in any game I’ve played with Birdo’s cameo. 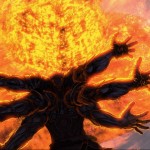 3) Asura’s Wrath– The Walking Dead suffers when it switches to actual game play, Asura’s Wrath does not have that problem. While a lot of the industry is focused on becoming more cinematic, Asura’s Wrath draws its inspiration from another medium, anime, and it shines brighter for it. The voice acting and cut scenes are over the top, but they work in the course of the game. Your main character is literally a god so the action setpieces get bigger, bigger and more bizarre and you just find yourself wearing a grin throughout the entire experience. In addition to that, I absolutely love the game’s production. The episodic nature makes for interesting checkpoints and it’s something I would love to see more in gaming. 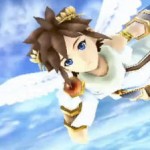 2) Kid Icarus: Uprising– This game has its main character singing his own entrance theme at the start of a level. It has a comedic showdown with the final boss that manages to still be amazing and fitting. It has a very colorful cast of characters, and locations and worlds and a distinct 3-act story. This game manages to be an on-rails space shooter and a ground-based 3rd person shooter without either feeling broken or half-arsed. It manages to revive a dormant, 20-year old franchise. Most impressively of all, it manages to be a game that reminds me why I do love this hobby by being fresh, exciting, unique, fun, creative, charming, and any other adjective you can think of. For my money, it is the finest game on the 3DS, and one of the best games I’ve ever played. I can do no higher honor than recommending you check it out for yourself. 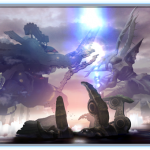 1) Xenoblade Chronicles– Xenoblade Chronicles, much like the Last Story, has an interesting tale even before you begin the game! It was a two year journey for this title to finally release in the States. In the end, the game was totally worth the wait. People lament the death of the jRPG this generation, I would simply point them to this game to show them that there is a lot of life and fresh ideas left in the genre yet.

Aside from that though, this is such a well-crafted game. From theÂ likableÂ  and well-rounded, if not a bit cliche roster of characters. The game play is a great evolution of the genre. Combining the strategy of a turn-based RPG with the battle of an MMO. Equipment and gems are easy and fun to use. Hundreds of side quests, and the fact that they complete as you do them for the most part. Great music.

But what really stands out about this game above all else for me is just how vast, daunting and haunting the world can be. Everyone will remember the first time they entered the Bionis Leg. People will notice the haunting red eyes staring from a distance. And it stays with you throughout the game until you jump to the other gods. Nothing is moreÂ intimidatingÂ than the first time you encounter an enemy roaming the world who outclasses you in levels BIG time. I remember running across a level 125 creature on the top of the fingers, and instead of trying to fight it at level 50, I made a jump for it. And I survived. It’s just one of those games that filled me with joy throughout the entire experience. Even writing about it now, I can feel a giant grin forming as I recount some of my favorite moments. It’s just so special, and it’s why it’s my 2012 Game of the Year.