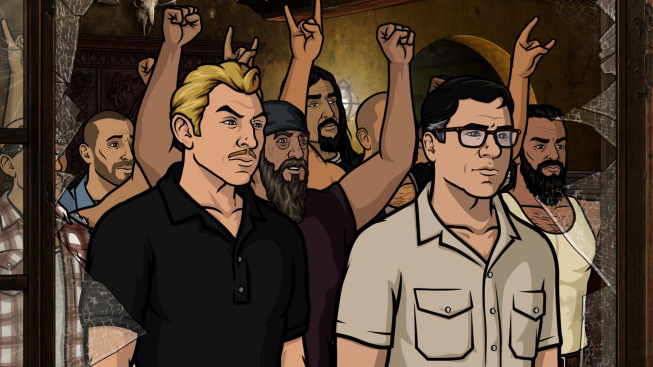 “What are character tropes you would like to see retired?”

There are three character tropes I would love to see put on the back-burner: the fool for love, the chosen one, and the klutz. In some ways, a few of these tropes have been done very well before. For instance, Neo was the chosen one of the Matrix trilogy. His existence differed from that of other humans and the movie treated it as such. Spike from Buffy is a solid example of the fool for love trope — he is a man that is threating and strong, but whose biggest weakness is through the one he loves. Like I said, these aren’t always done poorly. They are, however, usually done poorly.

Let’s begin by discussing the fool for love trope. There are so many books, television shows, movies, and video games that hinge solely on an individual who is normally intelligent and strong doing something very stupid in the name of love. They sacrifice themselves and die. They give something up that they shouldn’t. They screw over family and/or friends because they refuse to think logically. Yes — I hate this trope. Not only is it lazy and contrived, but it actively undermines that character’s credibility.

The chose one trope has been used so often that it has become kind of fatiguing. Harry Potter, Anakin Skywalker, John Connor, Po the Panda, Naruto, Shinji, Yugi, Captain Marvel, Liu Kang, Ender, Frodo, Bilbo, Amy Pond, Buffy, Clark Kent, Sam & Dean Winchester, River Tam, Fei Long from Xenogears, Link from The Legend of Zelda, Sora from Kingdom Hearts, Cole from inFAMOUS, and Aang from Avatar. All of these people are basically Jesus Christ. Let’s be real. You chose them at birth to fix the world’s problems and that’s what they did. Some of them were even virginal births. It’s been done to death and we need to think of better hero motivation.

Finally, I hate the klutz trope. Why? Because hack writers never use it correctly. Anna from Frozen is a good example of a character that has many positives and negatives. One of her negatives happens to be that she is clumsy. That’s fine. However, some people like Stephanie Myers are so inept at writing that her female characters have nothing to work on. They aren’t stupid, they aren’t ugly, they aren’t anything less than perfect. So, to make these perfect women somewhat relatable to the reader, hack writers like Stephanie Myers make their mains “a klutz” because we’re all at least a little clumsy, you know. *sigh* It’s fucking lazy and done very, very often. Other popular klutz include: Lizzy McGuire, Ugly Betty, Dick Van Dyke, Futurama’s Amy Wong, and He-Man’s Orko.